After Aspen: Argentine Wines and Asado in Colorado

Just because the Food & Wine Classic officially wrapped (here’s what we learned), didn’t mean that the eating and drinking frenzy was over in Aspen. A few savvy lingerers stayed on to enjoy a getaway hosted by Argentine winemakers; suddenly, the Rockies transformed into the Andes, and Colorado cowboys became gauchos, as Terrazas de los Andes Winery showcased a food and wine tasting with a South American twist. Again, here’s what we discovered: 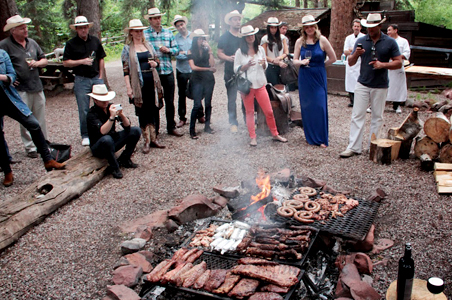 At the T Lazy 7 Ranch, guests saddled up on horses and loped along mountain passes, learning that the first way for a cowboy to become a gaucho is to dress the part. Instead of the Stetson preferred by cowboys of the American West, gaucho hats are flatter, rounder, and have a wider brim. And gauchos prefer ponchos and loose-fitting "bombacha" pants, instead of long leather jackets and chaps. Also, gauchos use "bolas"—rocks fastened to leather straps for game hunting, instead of rifles. The saddle styles are different, too, with the gaucho seat padded with its signature thick sheepskin blanket instead of the harder, plainer American saddle, which cause Argentine riders to sit higher on a horse’s back. What both gauchos and cowboys share: an appreciation for open country, an affinity for riding off into sunsets, and a hearty appetite for beef. 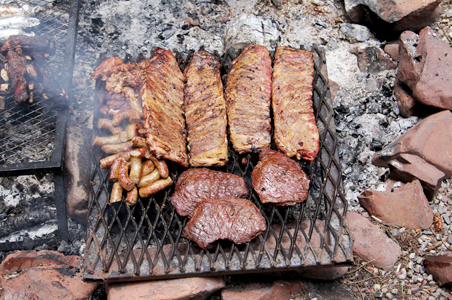 Every good gaucho journey is punctuated by an elaborate "asado," the Argentine barbecue technique that grills nearly every part of a cow—making use of all of the cuts, organs, and even the blood used in sausages. Using wood from prairie brush and grape vines, and a low and slow fire in an open pit is the key to good asado flavor. Argentine asadors (equivalent of American pitmasters) cook their meat, simply seasoned with salt and pepper, for hours. The traditional start to every asado: baked empanadas, which are delicious, meat-filled pastry pockets. And don’t reach for the ketchup or bbq sauce. Chimichurri, a parsley and oil-based sauce, is the only condiment allowed out on the trail. 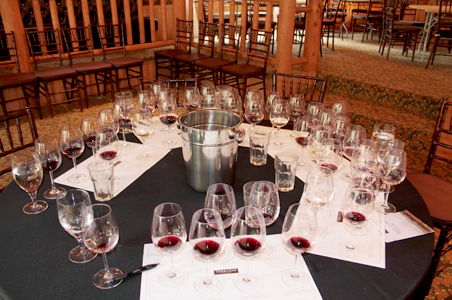 Of course, the perfect complement to asado (or any Argentine meal for that matter), is wine. Through a tasting led by Herve Birnie-Scott, Terrazas de los Andes’ winery director, the newly-anointed gauchos learned what makes wines from Argentina unique. First, there’s the growing season, which in Argentina runs from October through February, so when the US vines are dormant and pruned, Argentine vines are bursting with fruit and ready for crushing. In the Mendoza region, which produces 60% of Argentina’s wines, the terroir allows for precision winemaking, which is what lured many European vintners to the land (Malbec, Argentina’s signature grape, came from the French in the 19th century where it grew in abundance in Bordeaux until the phylloxera plague wiped it out). Because of the region’s high altitude and arid, desert climate, Mendoza has low pest and disease pressure, and therefore the growers use little or no pesticide. Clever irrigation, through channels, furrows, and dams, allow ample water to reach the vines from snow-melt from the Andean snow peaks. Wide temperature variation, between hot days and cool nights, allows for gradual ripening of the fruit. A fun fact: Torrontes, a lesser-known white wine, originated naturally in the highlands of Argentina as a derivative of two other European varieties. The crisp and sophisticated white is produced exclusively in Argentina.

A visit to Terrazas vineyards is probably the best way to obtain a first-hand education on Argentine wines, asado, and gaucho horsemanship. Those hankering for a bonafide "Gaucho Getaway" can stay at the guest house at Terrazas de los Andes vineyards in the heart of Mendoza wine country, where visitors can taste wines, ride horses, and enjoy a meal cooked by a personal asador.