Let’s Talk About Tipping in Hotels 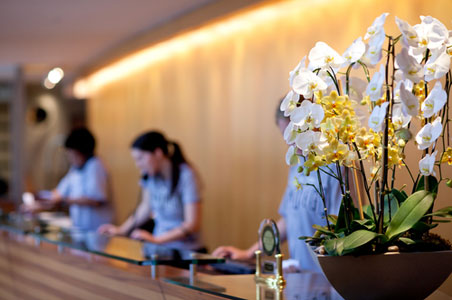 In my Brooklyn neighborhood, the options for eating are severely limited. So, invariably, I frequent one sad place:

Crown Fried Chicken. However, despite the faded menu taped to the wall, full of unappetizing food pictures, displaying 500 items I would never order at a place like Crown Fried Chicken, they honestly serve the best burger I’ve had in New York. It’s terrible for you. It’s so good. But it’s street meat. And judging by the long lines here, mostly scrubs from Wyckoff Heights Hospital across the street, I think half the hospital staff lives off this menu, even though I bet some patients inside the hospital are enduring surgery caused by frequenting a menu like this.

Obviously, this isn’t an article about cuisine. I do have an appreciation for finer foods, but as I mentioned, in my neighborhood, finer foods are not provided. My neighbors and I must line up in the same lines to get the same type of food because we have no other choice. And the lines can get long.

But I don’t have to wait in line.

I get served on sight.

Every time I order, I tip a single dollar. That’s it. And I’m pretty sure I’m the only one who does.

This article is about the power of a tip.

I’ve worked in hotels for over a decade; mostly at the front desk. Checking you in and checking you out. In addition, some hotels have even allowed me to stay as a paying guest. Hence I have learned about the power of tipping from both sides of the front desk.

After you push through the revolving doors and find yourself surveying a lobby, the hotel wants you to feel one thing above all others: At home. If you return to a hotel and feel like you are, in a way, coming home then the hotel has absolutely succeeded. The next time you book in that city or town, you will want to stay at that very same hotel. But feeling at home doesn’t come from knowing what the cross-streets are, on what floor the health club is located, or knowing in advance what color the bedspread will be. It comes from the people, the staff. If you push through the revolving doors and a familiar face greets you with a smile, someone perhaps "welcomes you back," even using your name, well, then, you are home. People here care about you. They will help you before they help others.

How does one pull that off?

Option one: Return to that property over and over again, so the staff has no choice but to learn your face, your name, and your preferences.

I’ve checked in more than 150 guests in a single day. It’s a spinning whirl of faces; a long stream of name after name. During a rush, I’ve even checked in 50 people one after the other, no pause between guests, and never looked at a single face. So… option one is going to take you at least six months. Or maybe you’re only visiting Birmingham, Alabama once for business and will never enter the city again. Option one will not work for you.

How about a five-dollar bill? How about giving a five-dollar bill to the front desk agent who is checking you in? Remember that stream of 50 guests I never even looked up at? When someone’s nice enough to lay a five-dollar bill on the desk and say, "I appreciate your help. You’re working hard. This is for you," my furious typing slows to a stop and I look up. And on my face is a smile. Because that was a really nice thing to say. It’s a sweet thing to do. Let’s not even talk about the fact that I might upgrade you or give you the best room available in your category. Now we’ve had a personal interaction and, when I see you later, coming back to the hotel after dinner, I might wave to you and smile. I will say, "Welcome back!" and I will mean it. I will ask, "How was dinner? Where’d you go?" and I will listen because I like you. Because you are nice.

It’s the simple things that make you stand out from the crowd. And if you’re a frequent traveler, hitting town after town and hotel after hotel, it can get very lonely. You miss your home. The lobby is a strange place filled with strange strangers. But a simple and small tip, matched with a few nice words, can bring out the warmth you’ve been missing. You will feel kind and generous because you actually have been kind and generous. And it only cost you five dollars.

Just because it’s money doesn’t mean it’s not a nice thing to do. It’s a fallacy, that money is the root of all evil. Being charitable and generous with it is a virtue.

One night I brought a girl into that Crown Fried Chicken. I know, I know, it’s no place to bring a date. But when the guy at the counter saw me with a lady he made a huge show of recognizing me. He told the woman accompanying me that I was a great customer and a great man. "This man, he is a good man," he said to her. She smiled, amazed. Later she couldn’t let it go: She put her soft hand on my arm and said, "That guy at the chicken place loves you!"

Bringing her to a grimy chicken place made me look like the Brad Pitt of Brooklyn.

And it only cost me one dollar.

And, that night, I was surrounded by kindness.

Jacob Tomsky is a dedicated veteran of the hospitality business. Well-spoken, uncannily quick on his feet, and no more honest than he needs to be, he has mastered every facet of the business, worked in many departments, and received multiple promotions for his service. Born in Oakland, California, to a military family, Tomsky now lives in Brooklyn, New York. His first book, Heads in Beds, goes on sale next month.