News Apeksha Bhateja Have $340,000 and Want to Vacation in a Survivalist's Paradise?
NewsA Perfect Day in Malta by Author Jo Baker

A Perfect Day in Malta by Author Jo Baker 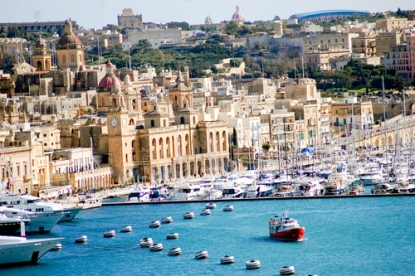 On a writer’s retreat in Malta, British author Jo Baker was inspired to write her newly released novel, The Undertow. Exclusive to Fodors.com, Baker shares her ideal day on the island.

Valetta is a dolls’ house city, full of tiny baroque palaces. The capital city is laid out in a grid, on a narrow peninsula; even from the middle of town you can catch glimpses of the sea. I love that: it gives a sense of distance and openness in a densely built island. It’s a quiet city; in the morning, old ladies shuffle out in slippers to buy their bread. I’d pick some up too, and take it back to the apartment to eat with coffee and marmalade made from the local Maltese oranges. There’s no better way to start the day.

Then I’d head through the narrow streets to St John’s Co-Cathedral. The dark baroque madness of the interior is fascinating, but I’d head for the Oratory, where the Caravaggios are housed. They were painted specially for the cathedral, and they never leave the island. The Beheading of St John the Baptist is the only painting that Caravaggio signed, and it just seethes with the artist’s obsessions with guilt and death; it’s difficult to drag yourself away.

After all that darkness, I’d need some sun. I’d head for the Barakka Gardens, read for a while under the olive trees. It’s gorgeous, with the fountains playing, and the scent of jasmine. I’d lean on the wall (not too far, it’s a dizzying drop), and take in the stunning view of the Grand Harbour and the Three Cities, where my great-grandfather’s ship, HMS Goliath docked, on the way to Gallipoli.

I’d grab pastizzi for lunch, from one of the little cafes. Rich, flaky-pastry pasties, these are stuffed with a kind of spiced mushy peas; as a Northern English lass, they have an appeal for me that is at once familiar and exotic. Then I’d catch a bus from the Victoria Gate and rattle out through the suburbs and the patchwork countryside. In Malta, you’re never far from the sea: I’d go to one of the quieter swimming places; rocky, with a ladder down to the water. This is only really for confident swimmers though: even though it’s the Mediterranean, the water can be cold—and rough—out of season.

There are loads of Neolithic sites in Malta, but for a perfect day I’d book a trip down into the Hypogeum. I’m fascinated by the place: a series of caverns and chambers carved out of the solid rock by Neolithic people. They used it for trippy rituals: they grew the hallucinogenic mould ergot here, took hefty doses of the stuff, then curled up in little red-painted niches, while voices and drums throbbed out from the oracle room. It seems like Neolithic man was doing his level best to return to the womb.

Early evening, I’d wander through the silent city, Mdina, maybe steal an orange from the groves in the dry moat there. I’d have tea at the Ciappetti Restaurant (5 St. Agatha’s Esplanade, Mdina , +356 21-459-987), under the oleander trees.

Later, I’d head back to Valetta, and take in the show at the Manoel, the island’s National Theatre, where there’s top-notch dance and drama; the building itself is breathtaking—a riot of gilded 18th-century Baroque. And I’d end the evening at Labyrinth (44 Triq id-Dejqa, Valletta, +356 21-220-499), a converted townhouse stuffed with books and art. There’d be live music; I’d buy a book or two, as well as supper, and a glass of Maltese wine.

Jo Baker was born in Lancashire and educated at Oxford and Belfast. The Undertow is her first publication in the United States. She is the author of three previous novels published in the United Kingdom: Offcomer, The Mermaid’s Child, and The Telling. She lives in Lancaster.