News Apeksha Bhateja Have $340,000 and Want to Vacation in a Survivalist's Paradise?
NewsA Literary Walking Tour of Dublin

A Literary Walking Tour of Dublin

The rich literary heritage of Dublin is always present in the Irish capital. Stroll along the Grand Canal and you’ll encounter a statue of poet Patrick Kavanagh staring into the still water. Look up when walking along Merrion Square to see the childhood home of Oscar Wilde.

Meet these literary legends face-to-face with this easy Dublin walking tour. And then finish up your day with a pint at Davy Byrne’s Pub, mentioned in the works of Irish great James Joyce. 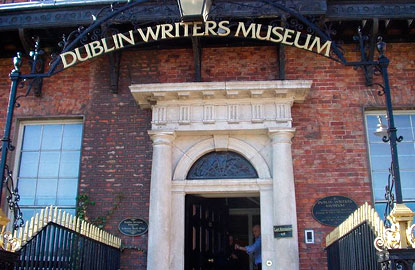 Begin at the Dublin Writers Museum, a restored Georgian mansion on Parnell Square that displays literary memorabilia from the last 300 years. Get to know Irish writers intimately through their letters, books, and personal items. Special displays here include Samuel Beckett’s telephone, first editions of many books and plays including Dracula and The Importance of Being Earnest, and personal letters written by W.B. Yeats. The museum has a bookshop and café in back. 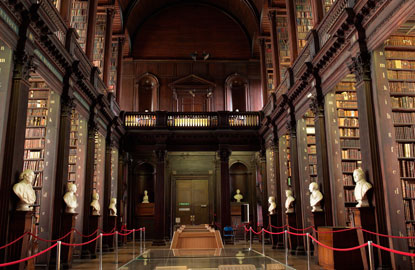 2. The Long Room at Trinity College

Outside the Writers Museum, start walking down O’Connell Street. At the intersection of North Earl Street, stop to see a statue of James Joyce—in his signature circular spectacles—strolling with a walking stick. Pass over the O’Connell Bridge en route to Trinity College, where Irish writers such as Oscar Wilde and Jonathan Swift studied. Trinity College is famous for the Book of Kells, but equally impressive is the two-story library called the Long Room, dating back to the 18th century. Over 200,000 of the college’s oldest books are on display in oak bookcases here. 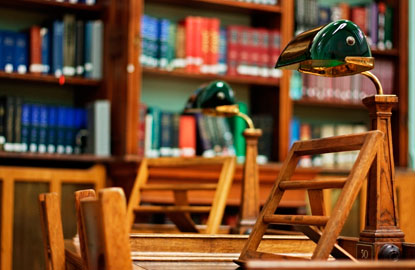 3. The W.B. Yeats Exhibit at the National Library

Duck into Books Upstairs, a small bookshop just outside the entrance to Trinity College. Browse the Irish literature and poetry sections, and don’t be surprised to find signed copies hiding on the shelves. Continue along through central Dublin to the National Library on Kildare Street. This impressive building is home to an interactive exhibit on the life and times of Nobel Prize winning poet W.B. Yeats. Flip through his private notebooks with the touch of a button and listen to his most powerful poems read by fellow Irish poets and celebrities. 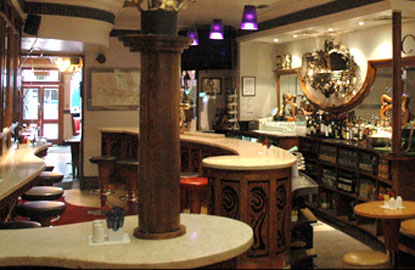 Almost every pub in Dublin has some sort of literary connection. McDaid’s was a popular haunt of Patrick Kavanagh and Flann O’Brien. Toner’s was the choice of W.B. Yeats while The Palace Bar was frequented by Brendan Behan. One of the most famous of all—and a fine place to sip a pint of Guinness—is Davy Byrne’s Pub. Located just off Grafton Street on Duke Street, this central pub was a favorite of Joyce and is mentioned in Ulysses. You are sure to spot bibliophiles in Edwardian costumes here on Bloomsday. 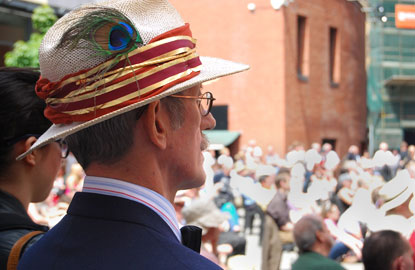 Speaking of Bloomsday… there’s one day of the year when the literary character of the city is especially alive: June 16th.

A commemoration of the work of James Joyce, Bloomsday is celebrated in Dublin with readings, dramatizations, walking tours, and Edwardian costume contests. Named after the protagonist, Leopold Bloom, from Joyce’s Ulysses, the celebration offers tours all over Dublin both on June 16th and in the days leading up to it. Many of the events are organized by the James Joyce Center.

Thinking of a trip to Dublin?

For up-to-the-minute hotel and restaurant recommendations, as well as the best planning advice, check out our Dublin Travel Guide.

Freelance writer Jessica Colley covers cuisine, culture, the arts, and experiential travel. She is currently based in New York City and called Dublin, Ireland home for several years. You can follow her on Twitter @jessicacolley or check out her "Writer in the Kitchen" series on her blog The Great American Travel Dream.