Coronavirus Leila Najafi Want to Stay in Costa Rica for Over a Year? A New Law Might Help You
Home  >  News   >   A Literary Tour of the Florida Keys

A Literary Tour of the Florida Keys

Endless sunshine, well-lubricated happy hours, and a free-spirited vibe have lured some of the world’s best writers to Key West, Florida. Literary heavyweights like Ernest Hemingway, Tennessee Williams, and Robert Frost have all called the Keys home, and their influence is still visible on the islands today, especially via these six places and events. 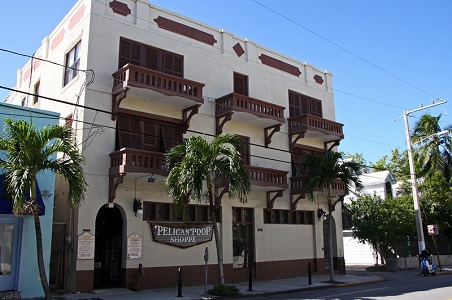 When Ernest Hemingway and his second wife, Pauline, arrived to Key West in 1928, they only intended a short stay while awaiting the delivery of a new Ford Roadster. When the car’s arrival was delayed, leaving the newlywed couple stranded, their impromptu three-week stint ultimately bloomed into a full-blow love affair with Key West, where they eventually relocated. They stayed at the Trev-Mor Hotel—now known as Casa Antigua—where Hemingway completed A Farewell to Arms. Self-guided audio tours are available at the property, and the kitschy on-site Pelican Poop Shoppe is a must-visit for quirky Caribbean-inspired souvenirs. 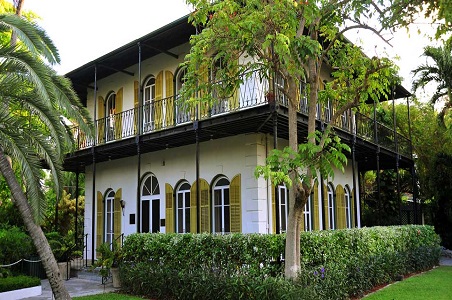 2. The Ernest Hemingway Home and Museum

Ernest Hemingway lived in Old Town Key West from 1931 until 1939. His 19th-century villa on Whitehead Street is now known as the Ernest Hemingway Home and Museum. Built in 1851, the Spanish colonial-style house featured Key West’s first in-ground pool, and is where he wrote many of his timeless works, including Death in the Afternoon and For Whom the Bell Tolls. Fans of "Papa" can enjoy a 30-minute property tour with an extremely well-versed guide. And keep your eyes peeled—you may see one of the 50 cats that roam the grounds, supposedly descendants of Hemingway’s pet cat Snowball.

Formerly called the Blind Pig, Sloppy Joe’s was officially born on the day Prohibition died (December 5, 1933), and the name change was suggested to owner Joe Russell by his good friend (and best customer) Ernest Hemingway. Hemingway and his "Mob"—other authors and famous local residents—made Sloppy Joe’s their home away from home and Hemingway and Russell developed a close friendship over the years. When Hemingway left Key West in 1939, he left some of his personal possessions in a back room behind the bar, including parts of the original manuscript of To Have and Have Not. Today, Sloppy Joe’s is still as wild and welcoming as in the past, and it’s also the site of the annual "Papa Look-Alike Contest," held in 2014 from July 17-19. 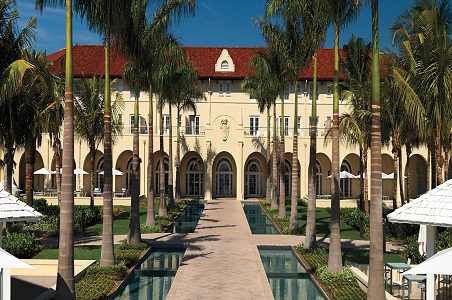 The glamour of the Roaring Twenties practically seeps into your skin upon entering the Casa Marina Resort. Opened on New Year’s Eve, 1920, fronting 1,100 feet of private beach, Casa Marina became one of the most luxurious destinations in the United States, let alone in Key West. From 1922 until 1940, Pulitzer Prize-winning poet Wallace Stevens vacationed at the resort, often meeting up with other writers like Robert Frost. 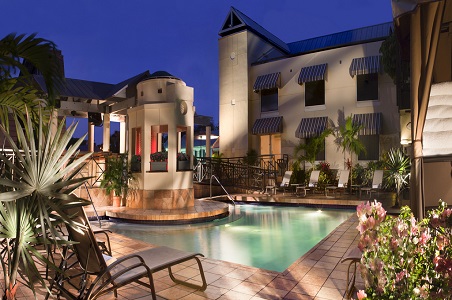 Not much is known about iconic playwright Tennessee Williams’s life in Key West, given that he spent most of his time in his private home, but he did stay at the 430 Duval Street hotel that is now the Crowne Plaza La Concha hotel. It’s rumored that he penned part of A Streetcar Named Desire from a sixth-floor room overlooking Key West’s rooftops.

Each January, Key West’s literary heritage is celebrated via the Key West Literary Seminar. The 32nd annual event in 2014 will take place in two sessions (January 9–12 and January 16–19), and will welcome leading American and international writers to explore "The Dark Side: Mystery, Crime & the Literary Thriller." Nearly 40 novelists, journalists, and other literary types are scheduled to speak at one or both sessions, including mystery series novelist Sara Paretsky; Florida crime novelist and journalist Carl Hiaasen; Gillian Flynn, author of The New York Times bestseller "Gone Girl"; and international bestselling author Tess Gerritsen, whose books inspired television series Rizzoli & Isles.

Madrid-based freelance writer Shayla Martin covers cuisine,culture, hotels, spas and destinations. She is the founder of YourLandMyLand, a travel and lifestyle blog that inspires solo, immersive travel experiences around the world. Follow her on Twitter and Instagram @Yourlandmyland.