News Apeksha Bhateja What Are the Chances You'll Get Monkeypox at a Hotel?
NewsA Hamptons Primer for a Sizzling Summer Season

A Hamptons Primer for a Sizzling Summer Season

Every summer, New Yorkers flee the city for balmy sea breezes and actual houses, and vacationers are taking the bait and going along on the trek East to, where else, the Hamptons. But unlike Manhattan, where the good spots are congregated and easy-to-find, the Hamptons’ hot spots are spread out over Long Island. Here we have a handy insider’s guide to the places to hit this season. 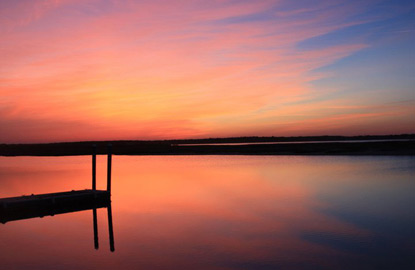 Some Hamptons snobs consider this neighborhood, which includes Westhampton and Quogue and is located closest to New York City, only for new money or not even technically part of the Hamptons (although with Anderson Cooper in the neighborhood it can’t be all that bad). And though there are plenty of McMansions, the gorgeous beach along Dune Road is something to behold. Post-beach, head to Dockers Waterside for an unpretentious scene and spectacular sunset.

Where to Stay: For an elegant bed-and-breakfast experience minutes from the ocean, check out the 1880 House. 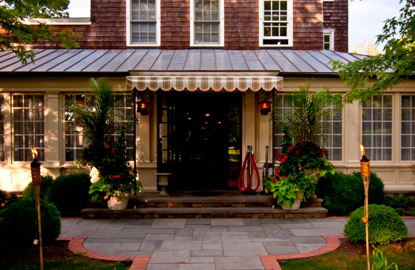 Pull out your pressed polos and madras shorts. This preppy hamlet has plenty to do right off the train platform. Just a few steps away from the Southampton stop on the Long Island Railroad is the Southampton Social Club (no membership required) with its boisterous crowd and DJ going late into Friday and Saturday nights.

Further down the road, checking out bustling Main Street. Anyone missing Manhattan can stop in at Sant Ambroeus, a NYC restaurant chain with an outpost in Southampton and some of the best cappuccinos around. At night, stop into Nammos Estiatorio (formerly Nello Summertimes and newly rebranded for the season) for simply grilled fish and Greek specialties on the outdoor patio.

Where to Stay: The Southampton Inn is perfect for a chic retreat with access to great shopping and dining, and a shuttle is provided for when you’re ready to hit the sand. 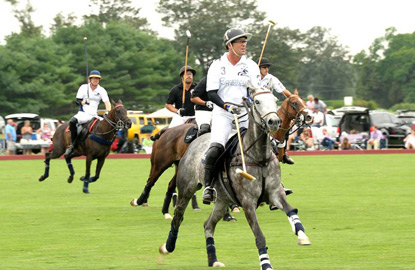 Probably the most conveniently located for all Hamptons activities, Bridgehampton is home to workout havens like SoulCycle (for spinning enthusiasts like Kelly Ripa), Physique 57 (amped up ballet barre classes) and Tracy Anderson’s studio (the trainer extraordinaire for Gwyneth Paltrow). Start your day off with a sweat before chilling out at an afternoon polo match (from late July through August) at the Bridgehampton Polo Club. Score a VIP ticket and you’ll be privy to a plentiful cocktail hour.

Where to Stay: The cozy, historic Bridgehampton Inn offers an on-site cooking school for curious foodies on holiday. 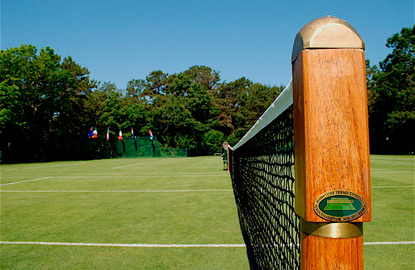 For more of a product mix, check out the Blue & Cream (60 On the Circle), a Hamptons-based retailer that stocks contemporary wares like 3.1 Phillip Lim, Iro and Rag & Bone. The best outfits, however, are worn on the tennis courts. Pull your connections and land an invitation to one of the many private clubs, such as the chic Buckskill Tennis Club with three real grass courts along with other court surfaces. If an invite isn’t forthcoming and the membership price is too steep, check out Green Hollow Tennis Club that is offering limited availability discounted membership ($495) due to new ownership for this Spring-Summer 2012 season.

Where to Stay: The 1770 House consistently receives awards for its stellar restaurant; beyond that, the guest rooms are traditionally elegant with modern amenities. 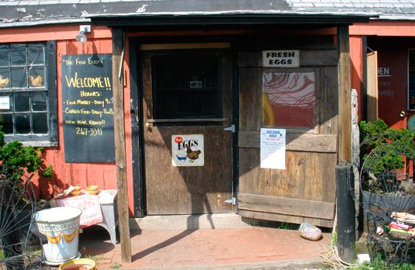 This posh ‘hood has quite the casual food scene. La Fondita, perhaps the best Mexican nosh in the area (think pillowy white corn tortillas), is worth the drive. Those who want their fare super fresh can head over to The Fish Farm at Multi Aquaculture Systems to pick out their own seafood and fish to grill at home.

Where to Stay: An airy, minimalist approach to seaside accommodations, the Inn at Windmill Lane is a relaxing getaway for busy New Yorkers. 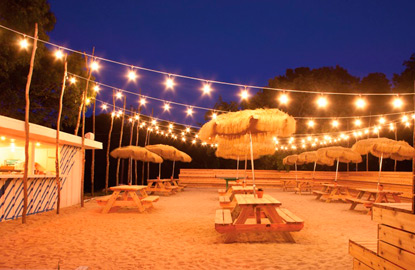 The action moves further East every summer and Montauk has transformed from a blue collar beach retreat to a destination for cutting edge fashion-philes and laid-back celebrities.

Navy Beach on Fort Pond Bay is still a happening scene with singles and hip couples. The restaurant just opened for the season on April 27 and from the 2012 preview, the menu has a healthy dose of seafood and fish from seared sea scallops to local catch ceviche. Attention meat lovers: the burger is not to be missed.

Surf Lodge, a gregarious and crowded après-beach restaurant and hangout, is under new ownership (and hunky chef Sam Talbot of Top Chef is out!) so it remains a question mark. Instead for reliable hipness, head to Ruschmeyer’s late at night for its boho-meets-city vibe.

Where to Stay: The Montauk Yacht Club, Resort and Marina offers everything from its own 232-slip marina to indoor and outdoor pools, spas, saunas, tennis, yoga, volleyball, and a fitness center.

Thinking of a trip to the Hamptons?

For up-to-the-minute hotel and restaurant recommendations, plus the best planning advice, check out our Long Island Travel Guide.