News Tina Charisma 'Regenerative Travel' Is the New Buzz Phrase, but What Does It Mean?
Home  >  News   >   A Foodie’s Guide to Tipping in Europe

A Foodie’s Guide to Tipping in Europe 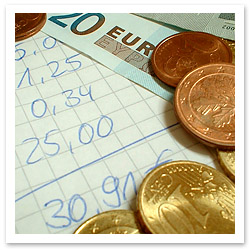 Avoid the dreaded uncertainty of tipping while dining out in Europe—brush up on local tipping customs so you know how to make a graceful exit from the table.

Austria
Although virtually all restaurants include a 10% service charge, tipping 5%-7% is customary. You can tip a little more if you’ve received exceptional service.

Belgium
A tip may be included; if it is, you’ll see a clear indication on the bill. If service is not included, people often round up a bit when paying, but it isn’t offensive to pay the exact amount.

Czech Republic
Service is usually not included in restaurant bills, though it is not uncommon for the fee to be attached in tourist-driven restaurants in Prague. Otherwise, 10% is considered appropriate in all but the most expensive places.

France
Bills in bars and restaurants include 15% service, but it is customary to round out your bill with some small change unless you’re dissatisfied. The amount of this varies: anywhere from €.10 if you’ve merely bought a beer, to €2 after a meal.

Germany
Service is included in the price of your bill, but it is customary to leave a 10% tip. Pay the waiter directly rather than leave any money or a tip on the table. If service is poor, round the bill up to the next euro and leave it at that.

Greece
Tipping in Greece, especially when eating out, is confusing. By law a 13% service charge is figured into the price of a meal (menus sometimes list entrées with and without service, to let you know their net cost—not to imply you have a choice of how much to pay.) However, it is customary to leave an 8%-10% tip if the service was satisfactory. During the Christmas and Greek Easter holiday periods, restaurants tack on an obligatory 18% holiday bonus to your bill for the waiters.

Hungary
Gratuities are not included automatically on bills at most restaurants; when the waiter arrives with the bill, you should immediately add a 10% to 15% tip to the amount, as it is not customary to leave the tip on the table.

Ireland
In some restaurants a service charge of around 10%—rising to 15% in plush spots—is added to the bill. If in doubt, ask whether service is included. In places where it is included, tipping isn’t necessary unless you have received outstanding service. If there’s no service charge, add a minimum of 10% to the total.

Italy
A service charge of 10% to 15% usually appears on the check. If so, it’s not necessary to leave an additional tip. If service is not included, leave a tip of up to 10%.

The Netherlands
Tip customs lean on the generous side in the Netherlands’ larger cities; the Dutch tip smaller amounts in smaller cities and towns. In Amsterdam and other major cities, restaurants normally include a service charge of 5%. Tip 10% extra if you’ve really enjoyed the meal and you got good service, and leave the tip as change rather than putting it on your credit card. If you’re not satisfied, don’t leave anything.

Portugal
Service is included, but waiters are poorly paid, and you can be sure any added tip will be appreciated. If, however, you received bad service, never feel obligated (or intimidated) to leave a tip. An acceptable tip of 5%-10% of the total bill, and if you have a sandwich or petiscos (appetizers) at a bar, leave less, just enough to round out the bill to the nearest €.50.

Scandinavia
Tipping is kept to a minimum in the countries of Scandinavia. Service charges, which one finds on most restaurant bills, suffice for good service.

Slovakia
If you have enjoyed your meal and are satisfied with the service, it is customary to leave a 10% to 15% tip.

Slovenia
Service charges are not normally included. A 10% tip is customary; tip 15% if the service is especially good.

Spain
Restaurant checks do not list a service charge on the bill, but consider the tip included. If you want to leave a small tip in addition to the bill, do not tip more than 10% of the bill, and leave less if you eat tapas or sandwiches at a bar—just enough to round out the bill to the nearest €1.

Switzerland
Despite all protests to the contrary and menus marked service compris, the Swiss do tip at restaurants, giving quantities anywhere from the change from the nearest franc to 10 SF or more for a world-class meal that has been exquisitely served. If, in a café, the server settles the bill at the table, calculate the total, including tip, and tell her the total sum you’d like to pay. If you need more time to calculate, you may leave the tip on the table, though this isn’t common practice in outdoor cafés. If you’re paying for a meal with a credit card, try to tip in cash.