News Tina Charisma 'Regenerative Travel' Is the New Buzz Phrase, but What Does It Mean?
Home  >  News   >   A Foodie’s Guide to Chattanooga

A Foodie’s Guide to Chattanooga

By Susan Gregg Gilmore, author of The Funeral Dress 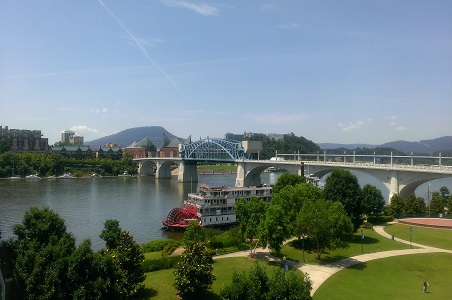 In 1969, Walter Cronkite reported Chattanooga, Tennessee, to be the "dirtiest city in America." But no more: This once industrial railroad town, nestled in a valley at the southernmost tip of the Appalachian chain, is now very hip and very green.

Today, outdoor enthusiasts flock to the aptly named Scenic City for its natural beauty—to hike wooded trails, paddleboard the Tennessee River, or hang glide off a craggy bluff. Families come to experience history on Civil War battlefields or to explore the Tennessee Aquarium. And all tourists seem to delight in the 145-foot underground waterfall at Ruby Falls, and the native gardens and ancient rock formations at Rock City on Lookout Mountain.

But Chattanooga is also a town for food lovers, where you can eat a lot more than grits and cornbread.

Local chefs are making their marks in trendy restaurants on both sides of the river. At Terra Mae Appalachian Bistro in the artsy Southside district, Executive Chef Shelley Cooper dishes up Southern fare like rabbit pot pie in a sage broth, which honors the region’s food traditions, but titillates a modern palate. Order the Appalachian Lunchable and you’ll be delighted with delicately seasoned deviled eggs, thinly shaved country ham, Benne Seed Bacon served straight up in a Mason jar, pickled veggies, rosemary biscuits, and some of the best-ever pimento cheese—yes Nana, I said that—made with blue and cream cheeses and roasted pimentos.

Head a couple of blocks further south toward the Chattanooga Choo Choo, the Beaux Arts-styled railroad station made famous by the 1941 Glen Miller hit song by the same name, and you’ll find the Meeting Place. A red door marks the spot where chef/owner Daniel Lindley kicks off meals with a loaf of potato sourdough bread, brushed with a sugar and sea salt glaze that left me begging for the family recipe. Trice-nominated for the James Beard Foundation’s "Best Chef in the Southeast," Lindley’s small plates highlight the area’s traditional meats. Try Kenny’s Ducks in a Blanket, house-made duck sausage wrapped in an oh-so-good flaky biscuit, or the pork belly slider, finished with a cucumber and jalapeno topping that makes it quintessentially uptown and down-home at once. Pair it with a glass of the house-made ginger beer. 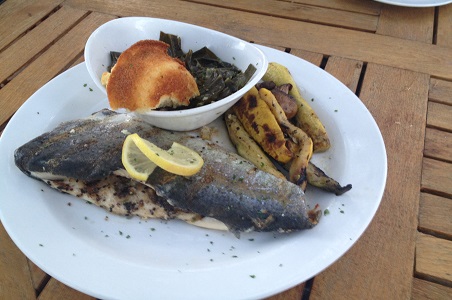 At the foot of Lookout Mountain in the neighborhood of St. Elmo is 1885 Grill, named for the community’s founding year. I come for the local Sequatchie Cove trout, simply prepared, yet scrumptious, with sides of hearty cornbread and silky collard greens (owner Miguel Morales requires every stem be removed).

On the North Shore of the river in a 1950s strip mall, you’ll find Milk ‘n Honey, a coffee and gelato bar that’s a feast for the eyes and the palate. Chef/owner Taylor Monen and her husband, Mike, are master restaurateurs with successful concepts like Taco Mamacita and Urban Stack, located nearby. But at Milk ‘n Honey, Taylor writes her own gelato recipes, so expect the unexpected like bacon and eggs, chocolate stout, lavender marshmallow, and lemon goat cheese. The gelato is exceptional; but it may be the farmer’s biscuit, featuring a homemade biscuit, sausage, tomato jam, and a super-farm-fresh egg, that leaves you drooling. 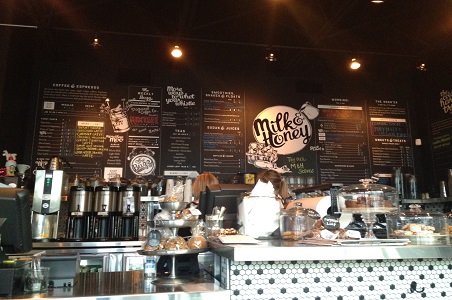 Before the sun sets on the Tennessee River, stop by the bar at ChatO Brasserie for a drink with mixologist Lauren Axt. Axt exemplifies Southern hospitality, plus, her Mule Broker, a gin version of the vodka-based Moscow Mule, took top honors at the first-ever Broker’s Gin Bowler Cup Competition this year. A refreshing combination of gin, egg whites, lychee nut puree, fresh thyme, ginger beer, and more that’ll leave you whistling Dixie long after you return home.

Susan Gregg Gilmore is the author of the novels Looking for Salvation at the Dairy Queen and The Improper Life of Bezellia Grove. She has written for the Chattanooga Times Free Press, the Los Angeles Times, and the Christian Science Monitor. Born in Nashville, she lives in Tennessee with her husband and three daughters.