On the road with the Da Vinci Code. Travel the roads taken by characters in the best-selling novel… 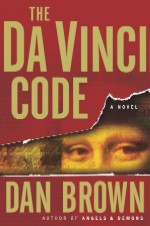 “A must-read before a trip to Paris,” wrote “Jay” on the Fodors.com Travel Talk forums earlier this year.

Inspired by the comments of Jay and other Da Vinci Code aficionados, we’ve whipped up a tour of some of the key sights tied to the book. Most can be visited by the average tourist, but a few can be seen only from afar, and one requires thousands of dollars a day to enter.

The Da Vinci Code opens with a late-night visit by the police to Robert Langdon, a prominent symbologist from Harvard University. The curator of the Louvre has been killed inside the museum, and a cryptic message has been found alongside the body. Thus begins a tale involving murder, religious intrigue, and a quest for the Holy Grail. To operatives of the Vatican and Opus Dei, a conservative Catholic group, the secrets the curator was trying to protect flew in the face of church teachings, giving both organizations an incentive to suppress them.

The main action takes place in and around four key locales: Paris, Rome, London, and Scotland. For the tours of these destinations, we’ve included corresponding highlights from the book, but, lest we give away too much of the plot, only enough to put the setting into context. Following the lists of sights to see is some practical information, including suggested routes.