News Apeksha Bhateja It's a Tie: The 2 Most Annoying Airline Passenger Behaviors of 2022
News8 Tips for Driving and Renting a Car in Europe

8 Tips for Driving and Renting a Car in Europe 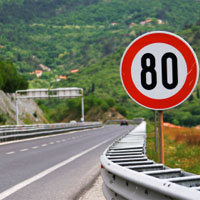 Driving in Europe can be a challenge. Over the years, I’ve held my breath racing up autobahns and down Alpine roads. I have also skidded through volcanic ash, idled endlessly at sheep crossings, and overshot more exit ramps than I can count. Still, the freedom and flexibility I get in return are ample compensation.

Ready to hit the highway yourself? These tips will help.

Drive What the Locals Do

Follow the locals’ lead by choosing a small car with a manual transmission. Aside from being the cheapest option, it’s the most convenient. The stick shift gives better control on curves and inclines; while the reduced size makes negotiating narrow streets and tight parking spots easier. The caveat is that what passes for mid-size there is more like a compact here. So you may have to rethink the number of bags you bring.

You’ve no doubt heard intimidating tales about adrenaline-fueled drivers and foreign freeways that resemble free-for-alls. In truth, every country has its own motor vehicle regulations: the trick is figuring out what they are. Luckily, Britain’s Automobile Association offers insider info that covers everything from seatbelt laws and speed limits to legal blood alcohol levels in 40-plus countries.

Do the Right Thing

Outside of the United Kingdom, you drive on the right-hand side of the road just as you do here at home. However, on highways you are also widely expected (and in some countries legally required) to remain in the right lane unless pulling left to pass. In Germany, for instance, it’s against the law to pass on the right. You shouldn’t automatically assume you can turn right on a red light either.

Stay on the Good Side of the Law

If you are pulled over you’ll be expected to show your registration, license and, perhaps, an International Driving Permit. Essentially a multilingual copy of your existing license, the last of these isn’t often requested. But for $15 and the price of two passport pics, it is well worth having. Be sure to pay any fines incurred (they’ll catch up with you eventually!) and always pick your battles when dealing with police.

Know When/Where to Fuel Up

I’ve learned the hard way that service stations can be scarce in remote areas, so staying gassed up is important. But it’s equally important to fill your tank with the right type of fuel. Putting gasoline in a car that takes diesel (as many there do) can potentially wreck your engine. More worried about high fuel costs wrecking your budget? Knowing the current continental prices will allow you to plan accordingly.

Don’t Get Lost… Unless you Want to

For some people, getting lost leads to serendipitous adventures. For some it just plain sucks. If you fall into the latter category, use the handy route planner at www.viamichelin.com. When you plug in your starting and end points, the site not only supplies free step-by step driving directions, it also estimates driving expenses—right down to the pesky road tolls—and even reports major traffic incidents en route.

Learn to Read the Signs

No matter how good the directions are, you’ll still have difficulty reaching your destination if you are unable to understand the road signs along the way. Auto Europe, a popular rental car company, runs through the list with an online pictorial. It is worth noting that Europe use metric measurements—which means that any distances posted will be in kilometers, not miles. FYI, gas is sold by the liter for the same reason.

Know When to Apply the Brakes

Finally remember that there are places you can’t drive a rental car. Some companies, for instance, won’t let vehicles cross between Eastern and Western Europe or, more specifically, between EU and non-EU countries (say Slovenia and Croatia). There are also places where you shouldn’t bother: namely urban centers with efficient, affordable public transit. If city stays are on your itinerary, position them at the beginning and end of your trip with the rental period in between.