News Apeksha Bhateja What Are the Chances You'll Get Monkeypox at a Hotel?
News9 Most-Anticipated Hotel Openings in 2013

When January 1 rolled over so did the anticipation for a crop of new hotels opening this year, from the third location of a boutique hotel in Middle America and a micro hotel in Vegas to a funky Palm Springs property and the glam Four Seasons St. Petersburg inside a former palace. 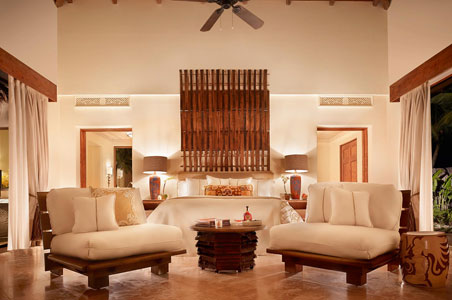 Details: Enough with the rustic eco-lodges. Soon travelers to Nicaragua will have a premium option: the country’s first boutique hotel, with a dozen beachfront villas. Mukal Resort, along Nicaragua’s Emerald Coast, will have all the bells and whistles of luxury lodging, including a spa (where all massage treatments use a locally grown blend of organic therapeutic herbs and plants) that includes a hammam, "healing hut," rainforest setting, and a two-story crystal casita (with crystal singing bowls and a gemstone bath). Lodging is in beach villas with chandeliers crafted from mussel shells, or private homes or the penultimate: a 20,000-square-foot oceanfront compound (Casona Don Carlos).

Details: Bentonville, Arkansas’ namesake used to be as merely Wal-Mart’s headquarters. Last fall, when Crystal Bridges Museum of American Art opened (founded by Alice Walton, heiress to the Wal-Mart fortune as the daughter of Sam Walton), art lovers began traveling to this town of just 35,000 people. 21C—with hotels already in Cincinnati and Louisville—grabs a piece of the action with this 104-room hotel in downtown Bentonville that’s got contemporary-art galleries, The Hive (for "refined country cooking") and rental bicycles. 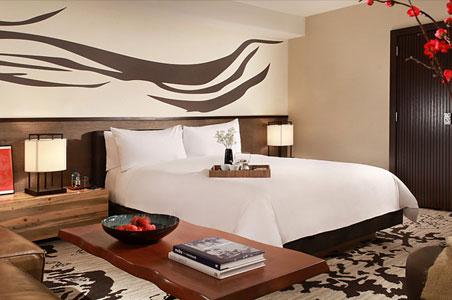 Details: A rare example of a small hotel in Sin City, Nobu Hotel at Caesar’s Palace is right in the thick of the action along Las Vegas Boulevard. Yep, the 181-room hotel (within Caesar’s Palace’s former Centurion Tower) is named for the well-liked Nobu restaurants in many cities, and is another of Academy Award winning actor Robert DeNiro’s projects with the design by David Rockwell. In fact, the world’s largest Nobu restaurant will be in the hotel: the 12,000-square-foot NobuStyle with ornate, colorful decorations, and food by Chef Nobu Matsuhisa. PURE Nightclub, also on property, means you don’t have to leave the hotel to party. Qua Baths & Spa and Garden of the Gods Pool Oasis help you wind down from the fast-paced action.

Details: Where else but Palm Springs to open this high-design, minimalist hotel with a barn-chic vibe? As Josie Smith tells it, she and her husband—seasoned hotelier and architect Doug Smith, who opened Palm Springs’ korakia pensione—missed the States so much while living in Europe that they packed their bags and returned to their former Palm Springs zip code. News about Sparrows Hotel is still being dished out, but we do know that it will have 19 rooms, is the former 1950s El Rancho Lodge, and tennis courts (with retro wooden rackets) will be on site to help you de-stress. 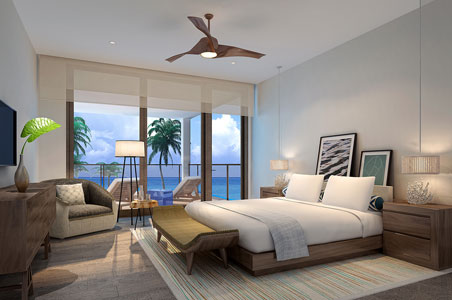 Details: Imagine 15 acres of pure luxury at the 290-room Andaz Maui at Wailea Resort & Spa along Mokapu Beach. Guests get a private lanai in their rooms to watch the sunset, views of the ocean and gardens even from the bathroom, and on-property amenities like four infinity pools, a spa and a restaurant with celebrity chef Masaharu Morimoto at the helm. (Plus, there is a 24-hour market stocked with Hawaiian foods in case you have a craving for, say, local macadamia nuts.)

Details: Disney isn’t just for adults, of course, and at last there will be a stylish, boutique hotel just for non-pint size travelers. B Resort Lake Buena Vista is a sibling of B hotels in Fort Lauderdale, downtown Miami, and South Beach. This pearl-white high-rise hotel is a very hooked-up property: guests not only have access to free WiFi but courtesy guest iPads too. Green initiatives that protect the environment and personalized spa treatments are two more aspects that bring a new feel to a Disney-area hotel. 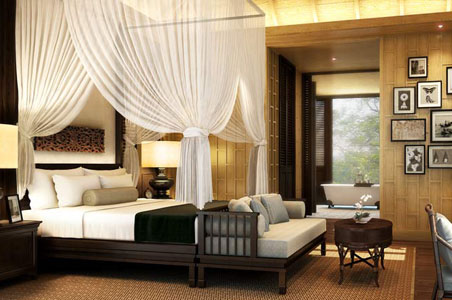 Details: This luxury beachfront property on the island of Bintan (a 45-minute ferry ride from Singapore’s Tanah Merah Ferry Terminal)—The Sanchaya—straddles old and new with check-ins via iPad and the gift of a diary to every guest to help document their spiritual journeys. On site is a spa with six treatment rooms and treatments using local healing plants, 19 villas, and nine suites (each with verandas, fridges stocked with wines and South Asian art/furnishings) and nearby, and artisan cheeses sliced at the Guest House daily.

Details: Within a 19th Century royal palace, the 177-room (plus 26 suites) Four Seasons St. Petersburg in the city’s Admiralteysky district will no doubt become its own attraction, although it is also convenient to the Hermitage Museum (two blocks away), Mariinsky Theatre, and Nevsky Prospekt. Many rooms offer views of Saint Isaac’s Cathedral, Aleksandrovsky Garden and Admiralty; the glass-ceiling four-level spa (with a Russian steam room), tea lounge in a courtyard, and two glam restaurants (one touting contemporary Japanese cuisine) ensure this will be Russia’s most lavish newcomer this year. 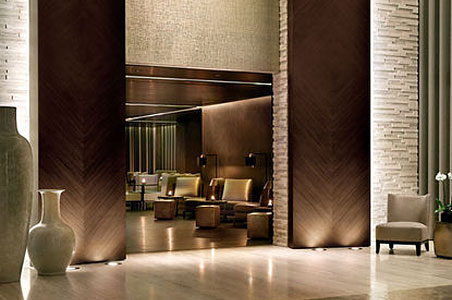 Details: Ian Schrager’s Edition hotels have made quite the splash in many cities—Istanbul and Waikiki Beach (now Modern Honolulu); with more planned for Miami Beach, Bangkok, and New York City—and at last one is coming to London. Hovering at around 200 rooms, it will be inside the former Berners Hotel just off Oxford Street near London’s hip West End. More details will be revealed this year but one fact is for certain: this hotel is going to unleash high design from every nook and cranny.