News Sorrel Moseley-Williams The New President of Chile Has Chosen a Very Unusual Place to Live
NewsMiami: 8 Hot Reasons to Visit in 2013

Miami is one of those cities that constantly reinvents itself, thanks to chic new hotels, big name restaurants (steak and tapas are the current stars) and even sparkling new cruise ships sailing from its port. Here’s a visual rundown of the latest additions (and renovations) that are making Miami a great getaway option over the next few months. 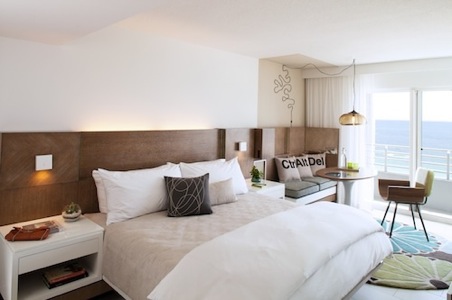 What do you get when you take a 73-year-old Art Deco hotel in need of some tender loving care and mix it with the creative vision of interior designer Lauren Rottet? The new James Royal Palm, a visually unique and uncluttered property that takes a mid-century modern aesthetic into this millennium. Featuring 179 guest rooms, plus 211 studios and suites, the hotel is located on Collins Ave. at 15th St. and has terrazzo floors, a striking geometric wooden staircase leading to the bustling Florida Cookery restaurant (a second street-side restaurant, Catch, opened in late December), two pools, a cool art collection, and rooms and suites decorated with pickled white oak and natural fibers in soothing neutral hues; rates from $389/night. 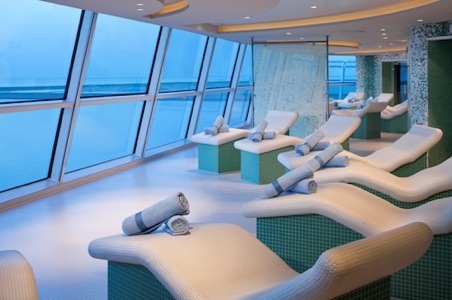 True to its name, the newest ship from Celebrity Cruises sparkles—all its artwork has a reflective theme—and gives cruise lovers another contemporary, couple-friendly ship to call home on week-long cruises from Miami to the Caribbean. The 3,030-passenger Celebrity Reflection takes all the sophisticated, grown-up features of the line’s four other Solstice-class ships (including wine, beer, martini and molecular bars; fun specialty food outlets; a Lawn Club with real grass and a convivial Sunset Bar; and yummy spa cuisine and a relaxing Persian Garden steam area with a view) and delivers an elegant yet entertaining experience at sea; seven-night cruises from $799/person. 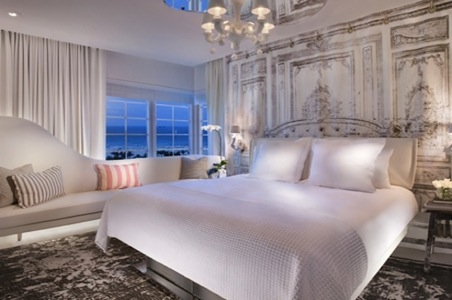 Hotel décor imagined by French design guru Philippe Starck is always a treat. 140-room SLS South Beach, which opened on Collins Ave. at 17th St. in November, takes guests on a trip through the designer’s life and imagination. Rooms and suites are airy white with trompe l’oeil canvas wall coverings creating the look of a Louis XV-style French chateau. In Bazaar, the must-experience tapas emporium of chef and co-partner José Andrés (other partners are SLS owner Sam Nazarian and Lenny Kravitz), Starck uses the canvas to recreate the library of his grandmother’s house and places a giant chandelier and eclectic lamps, both signature items for him, above and around diners. And in the whimsical, retro-surf environment of 8,000-square-foot Hyde Beach, he and the hotel have created a yet another fun spot for South Beach revelers to gather; rates from $550/night.

Since September, this rooftop lounge (yes, it’s 50 stories up) atop Viceroy Miami on Brickell Ave. has been a lofty spot to enjoy cocktails and a twinkling skyline view from Thursday to Saturday nights as a rotating roster of area DJs keeps the weekend crowd partying. Set around a cabana-bed-lined pool, FIFTY features modern lines with Asian-inspired wood-block prints—and, of course, some of Miami’s top views. 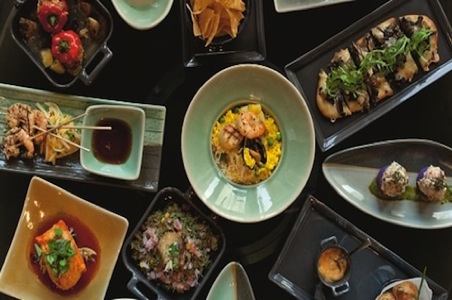 Downtown Miami is home to Toro Toro, a hot new Pan-Latin steakhouse by Chef Richard Sandoval on the lobby level of the InterContinental Miami, which just finished a $30 million renovation—including the installation of a permanent 19-story LED Digital Canvas. Mexico-native Sandoval, who runs almost 30 eateries in the U.S., Mexico and Middle East, mixes South America’s love of beef with Spain’s affinity for small plates to offer everything from empanadas and short rib flatbread to an unlimited churrasco experience; dinner for two from $90. 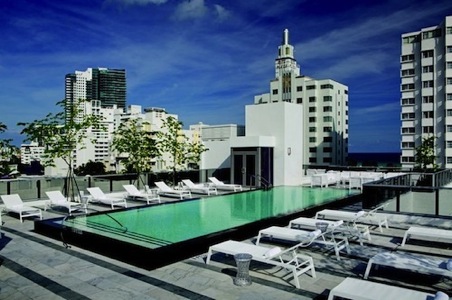 The latest property from Menin Hotels (which operates The Shelborne), the boutique-style Gale & Regent South Beach occupies a historic 1941 property on Collins Ave. at 17th St. that opened in December after a $35 million restoration. Inspired by the Italian Riviera, the hotel features 87 rooms and suites with streamlined gray and white décor accented by vintage photos, a 5,000-square-foot rooftop pool deck with sweeping skyline views, and access to the Beach Club at The Shelborne, located across the street; rates from $245. 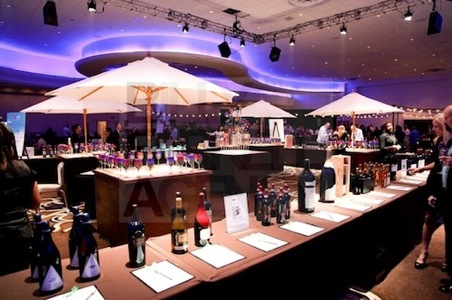 Now in its 12th year (and co-sponsored by the Food Network and Food + Wine magazine), the South Beach Food & Wine Festival kicks off February 21 with four days of events, dinners, wine and spirits tastings, and celebrity chef appearances. This year’s sizzling line-up includes chefs with local restaurants (including José Andrés of Bazaar, Michelle Bernstein of Michys, and Jeff McInnis of Yardbird Southern Table & Bar) as well as innovative chefs from around the U.S. (John Besh of August in New Orleans, April Bloomfield of The Spotted Pig in New York, and Ben Ford of Ford’s Filling Station in L.A.) and TV chefs/personalities (Anthony Bourdain, Scott Conant, and Curtis Stone); tickets from $85-$300 per event. 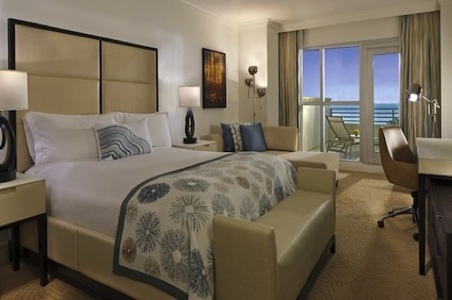 Even established South Beach luxury properties have something new to offer: The three-year-old, 408-room W South Beach, which features paintings by Andy Warhol and Damian Hirst in its glamorous lobby, has refreshed soft goods in all rooms and created 26 VIP Suites with added amenities that include airport pick-up, dedicated VIP concierge, in-room Nespresso coffee makers with milk frothers, in-room trouser presses, and guaranteed admission to its popular WALL nightclub; rates from $659/night. The Ritz-Carlton South Beach has also done a $10 million renovation of all 375 rooms and 41 suites; rates from $469/night. And in December, The Setai, Miami Beach changed up the concept of its Setai Grill, which is now a steakhouse helmed by classically trained French chefs Mathias Gervais and Thomas Griese; rates from $750/night.