Coronavirus David Silverberg Are Your Kids Heading Back to Summer Camp? Here's What You Need to Know
Home  >  News   >   Thailand 101: 8 Essential Experiences to Choose From For Your First Trip

Thailand 101: 8 Essential Experiences to Choose From For Your First Trip

If you’re visiting Thailand for the first time, it could easily overwhelm you: it is has a diverse ecological landscape to navigate, many eons of complex culture and history to understand, and a highly evolved tourism industry to serve travelers of every kind. So what should you focus on when planning your trip? What are the essential experiences, given the many choices you’ll have? Here’s what the experienced local writers suggested in Fodor’s Thailand, one of our newest full-color titles.

Seek Out the Best Street Food 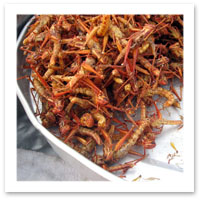 The rich and poor mingle over bowls of herb-laden soups and curries at Thailand’s street stalls. Many vendors are famous for a particular dish, whether pad Thai; the spicy, sour shrimp soup tom yum goong; or duck with noodles. It’s a wonderful journey of discovery, where you can chomp on seemingly anything, from deep-fried flowers to a mixed bag of insects.

There are almost 10,000 stalls at Chatuchak Market, which operates in northern Bangkok each Saturday and Sunday. The world’s biggest market is great for ethnic textiles, jewelry, books, funky clothes, food, plants, Buddha statues, and pretty much anything else you can think of.

Go During the Songkran Festival

Settle In to Beach Life 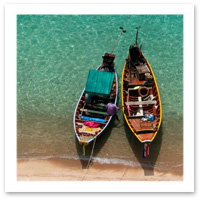 Thailand’s beach culture is world class. The famous Full Moon Parties on Koh Pha Ngan heave with all-night raves; you may be happier lazing under coconut palms with a gentle massage between dips, or having a beach barbecue with fresh seafood on Koh Chang.

For unforgettable underwater theater, head to one of Thailand’s top dive sites, where facilities range from beginner courses of a few hours to live-aboard boats that stay out several days. Koh Tao, in the Gulf of Thailand is popular, but the best locations are the Similan and Surin islands, where you meet nomadic islandhopping people known as Sea Gypsies and swim with whale sharks, clownfish, and leatherback turtles.

Go During the Phuket Vegetarian Festival

Each November religious devotees known as Ma Song walk on hot coals and drive a variety of metal objects through their bodies. These feats are believed to deflect evil, and are part of a Chinese Buddhist– Taoist period of spiritual cleansing, when adherents abstain from meat, alcohol, and sex.

With fighters allowed to inflict damage with anything but the head, muay thai (Thai boxing) is reputed to be the most brutal of all martial arts. But it’s also a fine spectacle of ritual, in which boxers initially perform a wai kru (a bow to their trainer) followed by a ram muay (literally, “boxing dance”) to warm up, seal the ring from evil spirits, and honor their families and gods.

This eerie festival is held in Dan Sai, in Loei Province, every June or July. Men dressed as ghosts parade through the streets waving phalluses dipped in red paint. Phi Ta Khon is both an animist fertility rite and a celebration of the Buddha’s penultimate incarnation, when ghosts greeted him on his return to his hometown.