News Ronny Maye Should You Cancel Your Vacation to an Area Impacted by a Natural Disaster?
NewsAfter Rough Start, 787 Dreamliner Flies Again 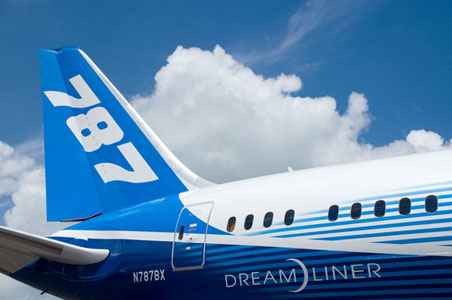 The 787 Dreamliners are returning to the skies. Following four months of grounding due to concerns about the stability and reliability of their battery systems the Boeing aircraft are taking to the air once again, as airlines around the globe return them to service. The most recent carrier to put the planes back into service was United Airlines which held a ceremony at their Houston hub on Monday to celebrate the re-introduction of the planes into their schedule. 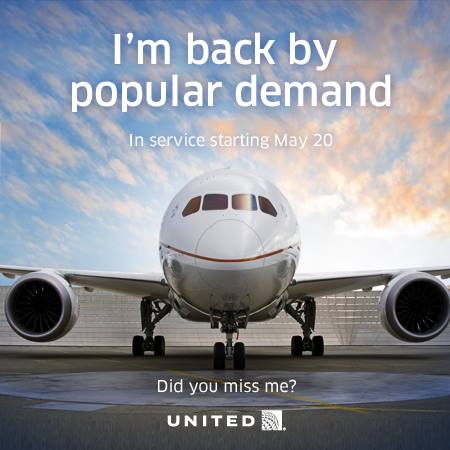 United will use the Dreamliner on domestic flights between Houston and other hubs including Chicago (the first city to see renewed service), Newark, Denver, and Los Angeles. After three weeks of domestic service United will expand their 787 flights to include launching service between Denver and Tokyo, a route originally slated to begin at the end of March.

United is not the first to return the plane to service, however. Ethiopian AIrlines began flying passengers on their 787s on April 27th, carrying them between Addis Ababa and Nairobi. Doha-based Qatar Airlines also resumed service last week with the Dreamliner flying to London from their home base. Both ANA and JAL, the Japanese airlines with the largest 787 fleets are due to resume service in June, as are LAN and Air India.

In addition to flights resuming, Boeing is also slated to deliver the planes to customers again. They expect 10 deliveries per month by the end of the year, plus clearing out the backlog created as they continued to build the planes even while they were grounded. More airlines will be putting the planes into service and more routes will see the Dreamliners as well. Given the passenger comfort improvements the plane offers thatâ€™s a good thing for everyone involved.