Hong Kong has flourished for more than 150 years as a gateway between East and West. As one of the world’s most expensive, fast-paced, and elegant cities, it’s become a true global power player—and its allure for travelers has never been so grand. Here are 7 undeniable reasons to visit now. 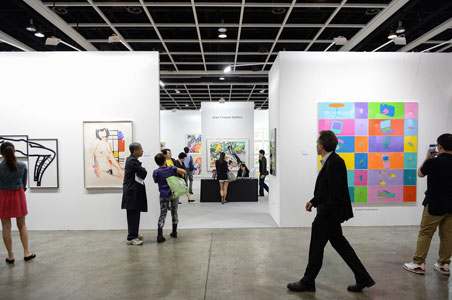 This summer marked the inaugural Art Basel in Hong Kong, creating another stop for jetsetters who snap up contemporary art at annual Basel extravaganzas in Switzerland and Miami. The show draws significant art devotees, celebrity dabblers, and paparazzi from around the globe, and it’s testament to Hong Kong’s arrival on the serious-money-meets-serious-fun scene. HK will host its next Art Basel in May—clear some wall space now.

Return of the Dragon 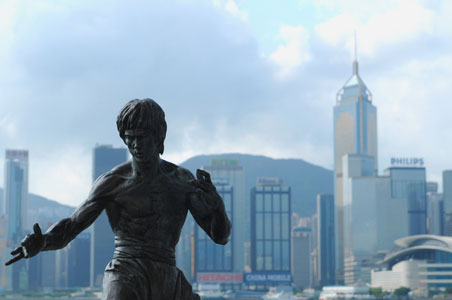 The city celebrates hometown hero Bruce Lee with a new multi-media exhibition that launched last month at the Hong Kong Heritage Museum. The collection features documentary videos, photography, holograms, and more than 600 pieces of the movie star’s martial arts memorabilia and costumes, including his famous nunchucks. It’s expected to draw about 1.6 million visitors in the next two years, paying homage not only to Lee’s street-fighting skills, but his philosophical gems: "Notice that the stiffest tree is most easily cracked, while the bamboo survives by bending with the wind." 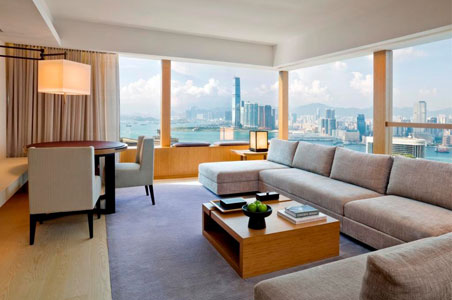 Floating over the city are some of the tallest—and most splendid—hotels on the globe. The Upper House is an exquisite luxury boutique that begins on the 38th floor and is consistently ranked as the number one hotel in Asia and one of the top five best hotels in the world. The accolades are well earned: magnificent panoramic views of Victoria Harbor (that you can admire from the floor-to-ceiling windows surrounding your own bathtub dais), its divine Cafe Gray Deluxe restaurant (helmed by James Beard "Best Chef in New York City"-winner Gray Kunz), a rooftop lawn built for yoga and cocktails, an elegant signature scent piped through the hotel, and a beyond-chic crowd. (On the hunt for a British billionaire, a Chinese artist, or a Swedish super model? This is your spot.)

Its sister property, EAST, attracts a more business-driven cool crowd—with a fun lunch and supper global-infusion restaurant called Feast, an infinity pool, and a terrace cocktail lounge, Sugar. Those searching for more traditional sophistication can check into The Peninsula Hong Kong, which is marking 85 years as a sanctuary in the city (and which just won a Fodor’s 100 Hotel Award for 2013!). 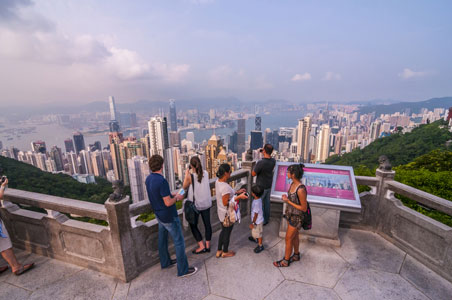 Celebrate the 125th anniversary of Hong Kong’s iconic Peak Tram, a thrilling funicular that speeds up Victoria Peak at steep inclines of up to 27 degrees. (Trust us, it’s far more terrifying than it sounds.) A mini-museum in the boarding area explains that before the tram was built in 1888, wealthy (mostly British) residents relied on locals to carry them up the peak on bamboo sedan chairs—ugh. The tram’s cars still sport a vintage look while spiriting up to the most spectacular views in Hong Kong. Just be careful of looking down on your way up! 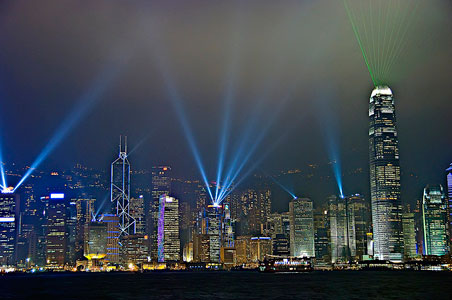 In a real-life version of Disney World’s Electric Light Parade, Hong Kong’s skyscrapers come to life every evening at 8 pm in a magical show set to a stirring soundtrack. "A Symphony of Lights" was named the largest permanent light and sounds show by the Guinness Book of World Records and involves 45 buildings on either side of the harbor, resulting in a sparkling display along the waterfront each night. 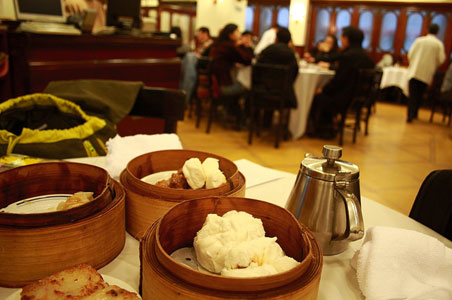 Hong Kong has long been a foodie’s paradise. Now, with some of the best chefs in the world flocking to this global crossroads, you can feast on different cuisines practically every night of the year. But don’t neglect heavenly local favorites like the Anthony Bourdain-approved Under Bridge Spicy Crab (go ahead and ask for a bib and a jug of water/beer—the "mild spicy" would be four-alarm anywhere else) and the ornate Luk Yu Tea House (24 Stanley Street) for its famous old-school dim sum (order some authentic "big bun" dim sum—yum). 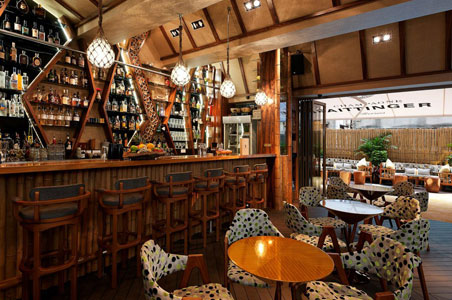