Travelers are always dreaming of up-and-coming cities in Europe to tackle—Cardiff and Dresden come to mind—but when was the last time you visited a classic like Florence? Perhaps it was years ago on a post-college trip, or maybe it was part of a weeklong Rome-Venice-Florence getaway. But in the past few years, there has been a lot of buzz in the Tuscan capital, from new museums and hotels to a growing culinary scene. And don’t worry, those fabulous Renaissance treasures you remember—Michelangelo’s David, Brunelleschi’s dome—are still there in all their glory. Here are seven reasons to put Florence back on your European itinerary. 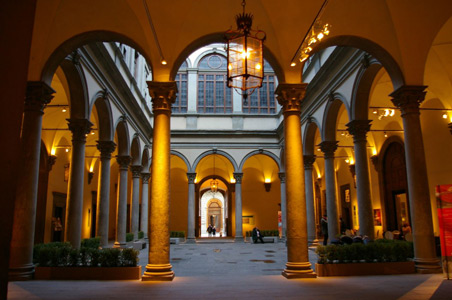 An American (Painting) in Florence

Another museum worth checking out is Palazzo Strozzi, housed in the former 15th century mansion of an influential Florentine banking family and known for its contemporary exhibits. Past shows have included American Dreamers: Reality and Imagination in Contemporary American Art and Americans in Florence, which showcased works by Whistler, Sargent, Cassatt and other American artists living in Tuscany. Before or after a visit, have an espresso in the ground-floor café next to the well-stocked gift shop.

One of the most luxurious hotels in town is the Four Seasons in the historic Gherardesca palazzo. Throughout the lobby and 117 rooms are frescoes and gilt-edge Renaissance-style paintings, reminiscent of when it was a noble’s residence. Top suites include the Royal with vaulted ceilings and an original ceramic floor, and the modern two-story Duomo Duplex that overlooks the garden and the Duomo. Another hotspot attracting a more artsy crowd is the 20-room J.K. Place, decked out with an elegant lounge with a Louis XV fireplace, library, and small rooftop terrace. 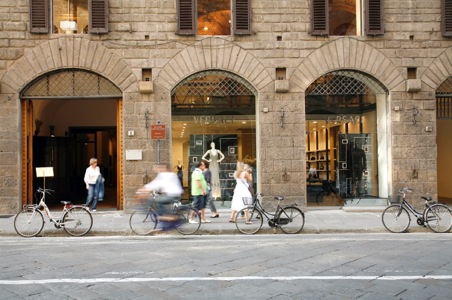 It’s easy to drop some serious Euros in some of Florence’s shops, especially its designer boutiques (think Armani, Pucci, and so on) along Via Tornabuoni, but there are also smaller local spots to find one-of-a-kind items. At Dr. Vranjes, a green-and-white jewel-box boutique and laboratory in Santa Croce, mix and match to make your own fragrances and essential oils (amber and orange are popular scents). Local jewelry designer Angela Caputi creates brightly colored chunky plastic and resin necklaces and bracelets in her shop, and there are reasonably priced leather gloves galore at Martelli, just off the Ponte Vecchio.

A New Taste of the City 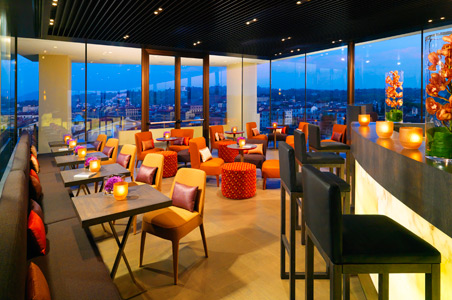 The Westin Excelsior on Piazza Ognissanti has a rooftop bar with Arno River views, and just outside of town in the charming town of Fiesole is 15th century hilltop villa Il Salviatino, where you can have a first-rate Negroni on the outdoor terrace with spectacular panoramas of Florence’s red-tiled roofs. Back in town, don’t miss the opportunity to join both tourists and locals at Gilli, a classic café on the centrally located Piazza della Repubblica. Our recommendation: snag an outdoor table, order a bottle of Prosecco and a bowl of marinated olives, and watch the world go by.

You don’t have to be a fashion maven to enjoy the recently opened Gucci Museum in a historic palazzo in Piazza Signoria. The exhibitions are spread among three floors and showcase all things Gucci—including early travel trunks, handbags with signature bamboo handles, flora print scarves (initially created for Grace Kelly in 1966) and couture gowns worn by Naomi Watts, Kate Beckinsale and Salma Hayek. Auto aficionados will get a kick out of a tricked out ’79 Cadillac Seville with the iconic interlocking Gs on the upholstery. There’s also an organic café, bookstore and exclusive Gucci shop on the premises. 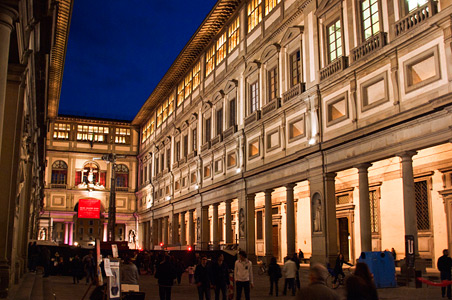 While there is much to celebrate about contemporary Florence—including a new modern opera house—Florence will always be celebrated for its classic attractions, like the world-class Uffizi Galleries, dating from the 16th century when the Medicis were in power. Today it boasts such masterpieces as Boticelli’s "Birth of Venus" and "Primavera," as well as Titian’s "Duke of Urbino." To see Michelangelo’s David, head to the Accademia Gallery and wander amid the frescoes and mosaic floors in the Duomo, the Renaissance cathedral whose dome by architect Brunelleschi dominates the skyline and still remains the city’s beloved symbol.