A new year calls for new adventures: It’s high time to start planning your high seas voyage for 2013. The world’s waterways are teeming with innovative itineraries this year, so skip out on the been-there, done-that cruise circuits (The Caribbean? Yawn. The Mediterranean? Mmm-hmm.), and set off instead on a trailblazing cruise trip that’s sure to satisfy the wanderlust of even the most seasoned seafarer. These seven inspired cruise journeys ply the ports of burgeoning cruise regions in Asia, Africa, and on the Black Sea; make runs on a picturesque Portuguese river; and head out for high-adrenaline expeditions to Iceland and Patagonia—happy new year, happy sailing! 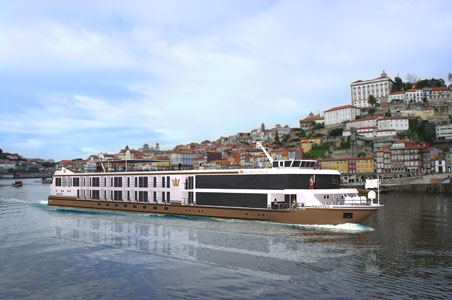 This booming European river cruise destination delivers enchanting encounters with centuries-old wineries, monasteries, and villages, tucked between terraced hillsides and sprawling vineyards. River cruise specialist AmaWaterways has launched a 13-night "Port Wine & Flamenco" itinerary, including a 7-night sailing aboard the line’s shiny new 108-passenger AmaVida, capped with a 3-night hotel stay in Madrid and Lisbon on either side. The cruise-tour runs takes in highlights in Spain and along Portugal’s Douro River Valley, with stops in Pinhão, Bitetos, Porto, and more. Expect excursions to UNESCO World Heritage Sites in Toledo and Salamanca (you’ll catch a flamenco show in the latter locale); visit the famed Christian pilgrimage site of Fatima; and admire picturesque Portuguese mountain towns like Serra de Sintra.

Cruise-tours run from April 20 through October 12; rates from $4,179/person (or $2,799/person for cruise only), including guided excursions, local wine with dinner, Wi-Fi, and 3 nights’ hotel in both Madrid and Lisbon. 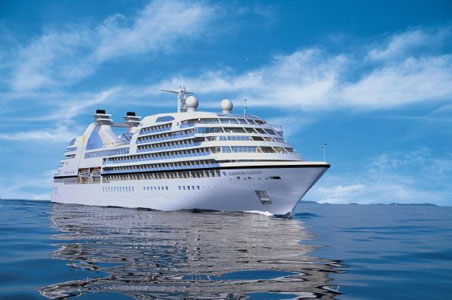 With its 17,000-plus tropical isles brimming with beaches, lush volcanic landscapes, ancient temples, and friendly locals, Indonesia is positively primed for cruise ship exploration. Discover the burgeoning cruise region aboard the luxurious, yet unpretentious, ships of Seabourn, which began sailing their 10-night "Indonesian Odyssey" itinerary in 2012, cruising between Singapore and Bali to the exotic islands of Java and Lombok aboard the 450-passenger Seabourn Odyssey. Splurge on the ship fare, which gets you suite accommodations, stellar onboard service, top-rate cuisine, and value-minded extras like fitness classes, alcoholic beverages, and gratuities bundled into the rates, and save by booking independent excursions to iconic sights like the Buddhist temples of Borobudur and towering Mount Bromo volcano—the dollar goes a refreshingly long way here. 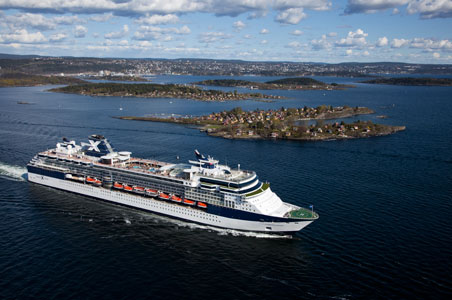 After a six-year hiatus, Celebrity is returning to the Black Sea, a culturally rich cruise region to watch, especially ahead of next year’s Winter Olympics here, in Sochi, Russia. Choose between a duo of fall 12-night sailings aboard the 2,038-passenger Celebrity Constellation, with its spacious staterooms and ample activities and amenities; it’s one of the largest cruise ships to operate in the region. The cruise combines popular ports in Greece (Athens, Mykonos) and Turkey (Istanbul, Ephesus) with more off-the-path Black Sea locales in the Ukraine (Yalta, Sevastopol, and an overnight stay in Odessa) and Bulgaria (Burgas); along with two days of sailing in spots like the scenic Bosporus Strait (cruises sail round-trip from Istanbul). 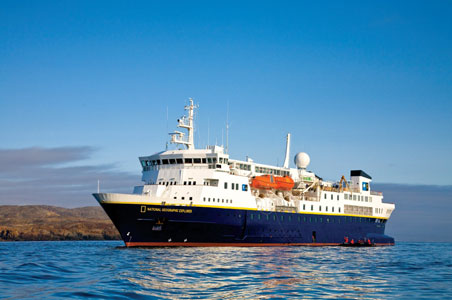 Laidback expedition cruise line Lindblad Expeditions, in partnership with National Geographic, is offering a rare sailing that circumnavigates Iceland in its entirety, including its remote northern boundaries. The brand-new 8-night summer voyage, aboard the 148-passenger National Geographic Explorer, takes in breathtaking lava-sculpted and ice-capped landscapes, including the towering icebergs of Jokulsarlon and a dip into the Arctic Circle. Kayak fjords, hike remote coastal stretches, whale-watch and bird-watch, and soak up Iceland’s famous hot springs. The top-rate onboard team is slated to include a mix of professional naturalists, photographers, historians, and even an undersea specialist and Iceland-specialized travel journalist. 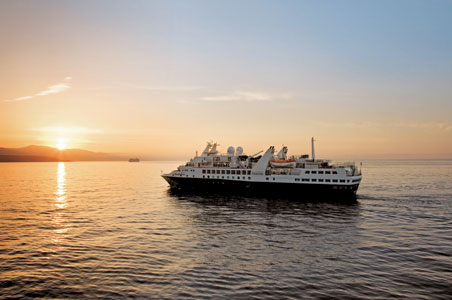 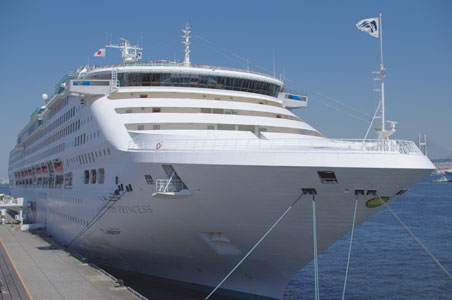 Journey to Japan with Princess Cruises

Popular Princess Cruises, with a presence in Asia for more than 20 years, is making a major play for the Japanese market this year, marking the largest deployment ever by an international cruise line into Japan. The 2,022-passenger Sun Princess will feature a new sushi bar, special lecture programs on local art, culture, and history, and fully bilingual Japanese and English programming, and will run a series of assorted 9- to 12-night Japanese itineraries embarking from Yokohama and Kobe this spring and summer. Several cruises are slated to coincide with popular regional festivals: Try the nine-night inaugural April 27 itinerary that overlaps with Japan’s national Golden Week holiday, including a stopover in Hakata during the renowned Dontaku Festival, along with stops in Hiroshima, Nagasaki, and Busan, South Korea. 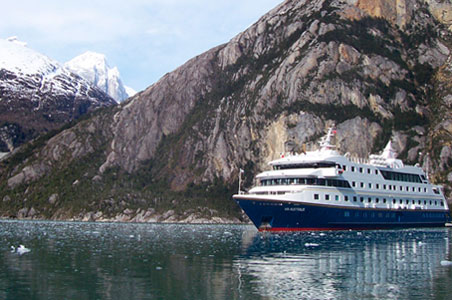 Patagonia in a Nutshell with Cruceros Australis

Get up close and personal with the wilderness wonders of Chilean Patagonia, cruising through the Strait of Magellan, the Beagle Channel, and around the legendary Cape Horn, past pristine fjords, glaciers, and wildlife (like penguins and elephant seals). Cruceros Australis’ 7-night itineraries between Punta Arenas, Chile, and Ushuaia, Argentina, kick off this November, as a first-time offering for the Patagonia-specialized cruise line—they had previously only offered one-way 3- or 4-night itineraries between Ushuaia and Punta Arenas (or vice versa). Guests aboard the 136-passenger, expedition-style M/V Via Australis can expect onboard lectures and guided excursions themed on Patagonian wildlife, history, and geography.