News Robin Catalano Horses Run Wild on This Puerto Rican Island⁠—but for How Much Longer?
News7 Affordable Destinations for 2013

If you’re determined to take a trip this year but don’t want to break the bank, we’ve rounded up (and road tested) seven top-value vacation destinations for 2013. 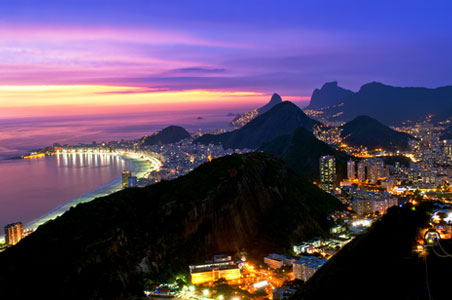 Has the Cidade Maravilhosa (Marvelous City) ever seemed quite so marvelous? Rio’s natural landscape, with its beaches, dramatic rock outcrops, and urban forests, earned a UNESCO World Heritage designation in 2012; and its cultural landscape gets a boost in 2013 thanks to artsy new venues like the innovative Museum of Image and Sound on Copacabana Beach. Oh, did we mention the billions being poured into infrastructure as Rio preps for the 2014 FIFA World Cup and 2016 Summer Olympics?

Bottom Line: Like any city with six million-plus people, Rio has accommodations at every price point. You’ll score the best rates this year, though, before swarms of sports fans increase demand. When you’re hungry, pocket-sized botecos provide genuine local flavor at low cost.

Bonus Points: Rio is frenetic. When you need a break from the electrifying buzz, you can kick back on quiet Ilha Grande (Big Island) or try another of our recommended side trips. 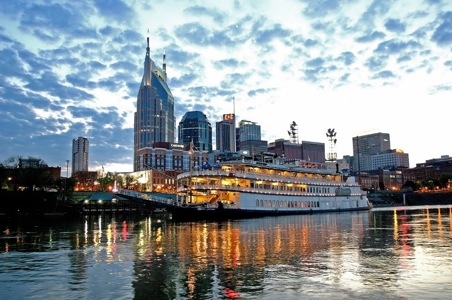 Like Juliette Barnes, the stop-at-nothing starlet in the new ABC hit Nashville, Tennessee’s capital is ready for its close-up. It promises a big bang with a little twang when the ribbon is cut on a huge downtown convention complex (Music City Center) this spring; across from it, the handsome 800-room Omni Nashville Hotel and expanded Country Music Hall of Fame will be christened later in 2013. Also noteworthy: a relocated Musicians Hall of Fame and Museum and a new museum about Johnny Cash. 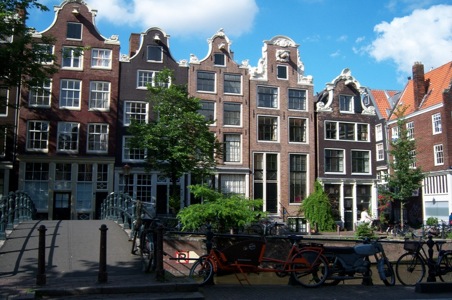 Always an eye-full, Holland’s capital is a must see this year—especially for art lovers who can ogle works by Rembrandt and other Dutch Masters once the Rijksmuseum emerges from a decade-long extreme makeover in April. Then, in May, they can go gaga over Van Gogh when his reopens after its overhaul. Want more? The stellar Stedelijk Museum of Modern Art debuted with double the exhibit space last fall. That combination helped to land Amsterdam on our 2013 Go List.

Bottom Line: According to TripAdvisor’s latest TripIndex survey, a four-star hotel in Paris is 55% pricier than one here. A three-day I amsterdam City Card—which includes a cruise on the 400-year canals, a transit pass, museum admissions, and assorted discounts—costs $83.

Bonus Points: Ypres (aka Ieper), Belgium, is 135 miles southwest. If you go now you’ll beat the crowds descending on the Flanders region to mark the WWI centenary in 2014. 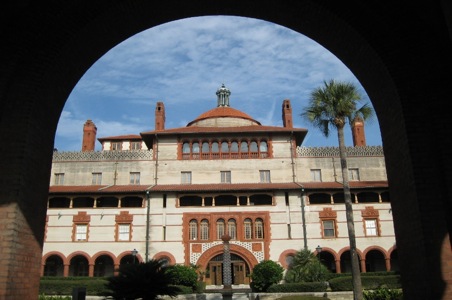 There’s no better place to celebrate Florida’s 500th birthday. St. Augustine sits near the spot Ponce de León landed in 1513 and, as the first European settlement in the U.S, has its own rich past. For proof see the 17th-century Castillo de San Marcos; amble the Old City’s evocative alleys; then admire Spanish Renaissance-style landmarks erected later by tycoon Henry Flagler. Tellingly, even the latest attraction here—Colonial Quarter, an open-air museum opening in March—spotlights bygone days.

Bottom Line: B&B rates start at $89; at the posh Casa Monica Hotel (once owned by Flagler), they start at $179. A DIY walking tour of the 144-block historic district won’t cost a dime.

Bonus Points: You’re 104 miles north of Orlando, so it’s easy to tack on a trip to Walt Disney World’s expanded Fantasyland (another Go List honoree). In July you can drive a bit further east for the unveiling of the space shuttle Atlantis at the Kennedy Space Center Visitor Complex. 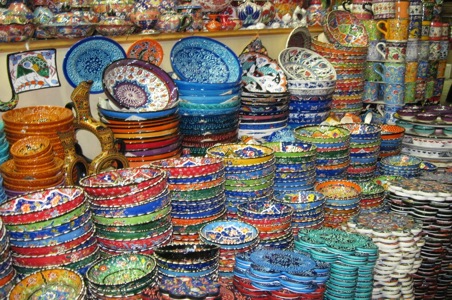 The fabled former Constantinople spans 25-centuries of civilization and (literally) bridges the gap between Europe and Asia. Age-old sites are densely packed in the Sultanahmet district, where every nook and cranny tells a tale. But Istanbul isn’t merely for history buffs. It makes dervishes whirl, foodies drool, and shoppers swoon (hello Grand Bazaar!). Once you factor in rampant re-gentrification and a smokin’ hotel scene, you’ll see why Turkey’s largest city is so hot right now.

Bottom Line: For a place of this stature, Istanbul is a certifiable bargain. Indulge by feasting on mezes, visiting a hamam, and haggling to your heart’s content at seductive souks.

Bonus Points: The city is a launch pad for world-class sites like Ephesus. Traveling by train? Turkey has just joined the Eurail network, thereby multiplying options for pass holders. 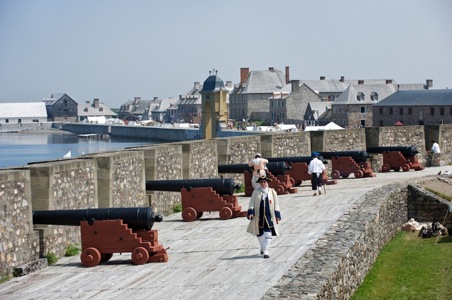 Get that foreign feeling without going too far on Canada’s Cape Breton Island. Lying off Nova Scotia, it’s known for its Scottish vibe (think Highland scenery plus sites like a Gaelic College and single-malt distillery). The French, however, settled it first, and the tricentennial of their arrival is big news this year. The epicenter of activity is Louisbourg, specifically its fortress: a sprawling symbol of France’s 18th-century imperial might. Costumed animators lend life to recreated buildings, both humble and grand.

Bottom Line: Pretty B&Bs and plentiful seafood are attractively priced island-wide; and you can dance to Gaelic-inflected music at community ceilidhs for only a few bucks.

Bonus Points: Cape Breton is home to one of the world’s most dramatic drives: the Cabot Trail, a rollercoasterish 185-mile route that clings to Atlantic cliffs and runs through a national park. Since you’ll likely fly into Halifax, you can explore that hip harbor city beforehand. 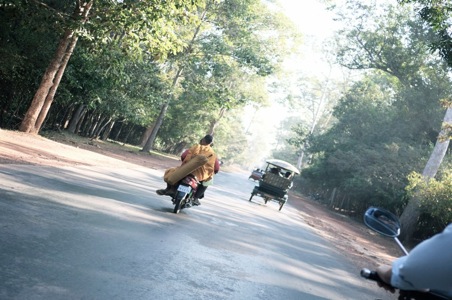 1013… 2013… Certain attractions defy time, and the Angkor Temple Complex in northwest Cambodia is one. More than a bucket list destination for archeological enthusiasts, the time-warped site inspires awe in budget travelers, too. (A $20 pass lets you explore all day; by contrast, entry to St. Paul’s Cathedral in London is $24.) The bustling little city of Siem Reap, Gateway to Angkor, puts you on the road to ruins; and improved air links, often courtesy of Cambodia Angkor Air, now give it added appeal.

Bottom Line: If you spend $3 here for a silk scarf, $8 for a memorable meal, or $12 for an hour-long massage, some resident expat will insist you’ve overpaid. ‘Nuff said.

Bonus Points: Various airlines will whisk you to Bangkok or Kuala Lumpur; otherwise fly to Sihanoukville and explore Cambodia’s Gulf Coast where tightwads feel like trendsetters.

Being a proud a frugalista and a chronic traveler, frequent Fodor’s contributor Susan MacCallum-Whitcomb loves seeking out affordable destinations. When not on the road, she lives in happily in Halifax (itself a top value spot) with her husband and two children.