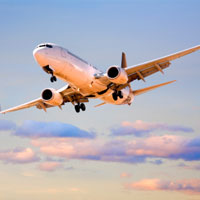 Bare-bones carriers were once considered les enfants terribles of the European airline industry. Now in their second decade, these outfits are still controversial (the brouhaha that recently erupted when Ryanair suggested passengers pay for using the bathroom proved that!). But they still deliver incredible deals, too—assuming you know how to get them.

Eye-popping promotional airfares—think London to Krakow for $15—generally apply to a limited number of seats and you must follow certain rules (such as reserving 28 days ahead) to snag them. Even with standard fares, however, early purchase is imperative. Since no-frills airlines work on supply and demand, prices rise as seats sell.

Last week, for instance, I could book easyJet’s Paris-to-Pisa flight three days in advance for a base price of $129. I’d pay $82 booking three weeks ahead; and only $45 booking three months ahead, despite the fact I’d then be traveling in high season. It also pays to be persistent as new sales and routes are always being introduced.

Not sure where to hunt for bargains? If Expedia and Travelocity are your favorite travel sites, you’ll need to expand your horizons. Whichbudget.com tells you what carrier flies where, then links you to its website. Similarly structured Attitudetravel.com, Flycheapo.com and Eurocheapo.com are other options. A search engine like Mobissimo.com is helpful as well because it compares budget brands worldwide with full-service ones, say Air Berlin with Lufthansa or easyJet with British Airways. And sometimes the results will surprise you. After all, the big guns aren’t just cutting corners to stay competitive: they are cutting prices.

Speaking of fees, advertised rates seldom cover taxes or surcharges. Then there are the add-ons, some avoidable, some not: including fees for credit card payments, priority seating, and, of course, baggage. (To see those levied by Ryanair, arguably the master of incidentals, click here). Should you want a coffee onboard, you’ll pay for that too. Hey, they’re called “no frills” for a reason! But, in fairness, standard airlines aren’t exactly piling on perks now either. Ones like United, JetBlue and Continental, have even begun charging for “amenities” like aisle seats that provide extra leg room. Long story short: whatever carrier you’re considering, check the bottom line.

Pay Attention to Where You Land

When totaling things up, factor in ground transport. We noted in an earlier post that using less popular airports is one way budget carriers prune operating costs. Stansted Airport, for example, is about 40 miles from central London; Skavsta is 50 from Stockholm; and a recent Barcelona flight actually landed me Reus, a whopping 68 miles away. Given the distances, mass transit can be pricey and taxis exorbitant. To their credit, many budget airline websites do contain pertinent info on available means of transport plus the approximate fares. The OAG Airport Directory has links to individual airports in case you prefer to go directly to the source.

Since discounters are point-to-point carriers, they won’t accept responsibility for missed connections. Consequently, it’s wise to stick with single flight segments when planning your itinerary. In particular, avoid transferring immediately between a transatlantic flight and a domestic one. Schedules seldom coordinate and you may have to dash between primary and alternative airports, going out through customs at one and in through security at the other. The process can eat hours. There’s no room for error either. No-frills check-in desks typically close 40 minutes before departure and latecomers forfeit their seat: no refund, no credit, nada.

Rates don’t just vary widely between airlines. Those offered by a single carrier differ dramatically depending on the day and hour of travel. So be as flexible as possible with timing (mid-week, early or late, is usually the best bet). Finally, when you find a dirt-cheap fare, jump. In the low-fare game, you pay if you delay. Remember, though, the cheapest route is buying your ticket straight from the airline rather than via a third-party website. One like Wegolo.com, for instance, is a great resource in that it compares fares on over 75 budget airlines (most of them in Europe). But if you book your seat through it you’ll be dinged an additional $20 handling fee.