Beaches Kaila Yu Do You Enjoy Visiting Hawaii? You Should Pay a Fee
Home  >  News   >   6 Reasons to Go to Switzerland this Summer

6 Reasons to Go to Switzerland this Summer

Switzerland’s frosty summits, glittering glaciers, and photogenic ski resorts have launched 1,000 postcards, solidifying the country’s image as a winter playground in the process. But don’t get snowed. It’s a divine destination in summer, too. 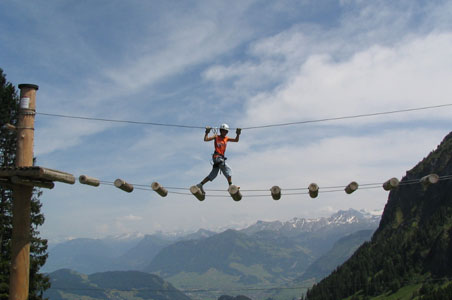 For proof that the jaw-dropping mountains here rock year round, just visit Mount Pilatus: a 7,000-foot peak outside Luzern. In summer, it’s perfect for pastoral pursuits—like admiring wildflowers from a gentle moorland trail. Climbing, paragliding, or mountain biking are also available if you have more energy to burn. Fun family alternatives include Switzerland’s longest summer toboggan run (a twisting, stainless steel track covering almost 4,430 feet), a tubing facility, plus an elaborate “rope park” (an aerial obstacle course with swinging ladders, suspended bridges, and a faux free-fall apparatus). Oh, did I mention that at this time of year you can access Mount Pilatus via the world’s steepest cogwheel railway? It’s a vintage conveyance that begins operating annually in May.

Insider Tip: If your heart remains set on snow sports, you won’t be disappointed. In Zermatt you can enjoy all-season skiing and snowboarding on the Matterhorn’s Theodul Glacier. 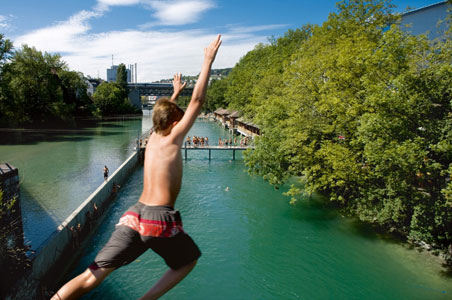 Given that Switzerland is landlocked, you wouldn’t automatically think of it as a top spot for swimmers. But the nearest river or lake is never more than 10 miles away—and since they’re invariably both refreshingly cool and crystalline, diving in has a definite appeal. The Bodensee (aka Lake Constance) has a shore holiday vibe that makes it especially popular with vacationing natives. Urban options are equally easy to find. Zurich, for instance, has loads of lidos and Lilliputian beaches, whether on the Limmat River or the Zurichsee. Geneva, Luzern, and Lausanne counter with their own on-the-lake swimming areas (some double as bars after dark); while River Aare is the place to go in Bern, although few strokes are required there as the swift-moving current propels you along.

Insider Tip: Switzerland Tourism has a free iTunes app aimed at swimmers with details on locations, amenities, fees, even water temperatures at hundreds of outdoor and indoor venues. 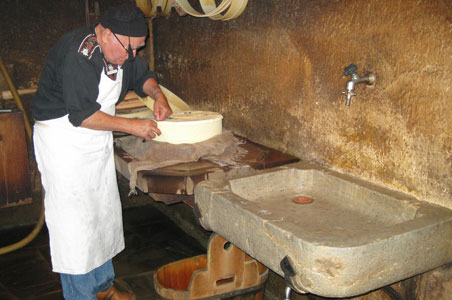 Like its mountains and mirror-clear alpine lakes, Swiss cows are iconic. Their tinkling bells provide the soundtrack for many trips. Moreover, their milk provides the key ingredient for cheese, more than 450 varieties of which are produced here. Fromage fans know Emmentaler (the genuine article, as opposed to the stuff we simply dub “Swiss Cheese”) is the Holy Grail; and the region it was named for has a themed route that includes a museum-like dairy where you can see it being made, plus other cheese-y attractions. In summer, doing the route by bike lets you work off any pounds you pack on sampling heavy dishes like fondue, raclette, or alpen magrone (the Swiss take on mac ‘n cheese).

Insider Tip: Love cheese and chocolate? Combine an outing to Gruyeres (home of the other famed cheese) with a decadent dip into the Cailler-Nestle factory in nearby Broc. 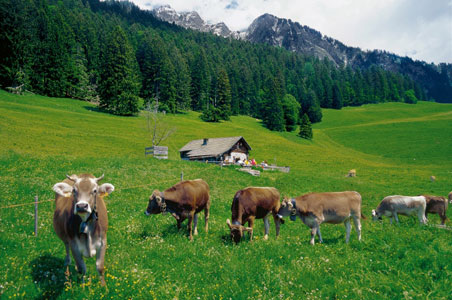 Cosmopolitan cities, cutting-edge architecture, a thriving contemporary arts scene… clearly this country isn’t stuck in the past; however, if you first fell in love with it courtesy of Johanna Spyri’s Heidi (or just have a passion for edelweiss-picking, alphorn-playing goat herders) you can still get your fill of romanticized rusticity in the eastern canton of Graubunden, where the classic 1880 novel was set. Linger on the cobbled streets of historic Maienfeld; then hike uphill to Heidihaus, a vintage farm that’s been decked out to resemble the titular heroine’s homestead. In warm weather, authenticity seekers can later bed down in a barn—as Heidi did—for about $20 per person (half that for kids under 16), hearty breakfast included, by checking listings at the Sleep in the Straw program’s website.

Insider Tip: The agri-tourism network is well developed, so anyone who prefers a proper bed to a bale can settle into a farmhouse instead. At some you’re welcome to help with the chores. 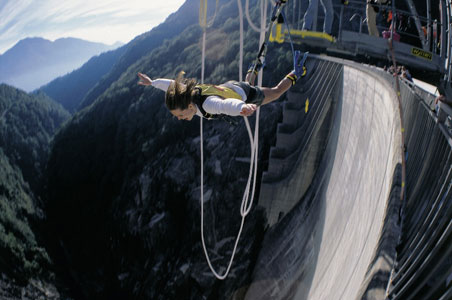 That fabled Swiss efficiency has given citizens a reputation for being prompt, dutiful, perhaps even a bit dull. You’ll feel otherwise once you see the X-treme activities they partake in. When you’re ready to amp things up yourself, the area around Interlaken in the Bernese Oberland is action central. Skydiving, whitewater rafting, ice climbing, rappelling, glacier trekking, canyon jumping: Interlaken-adventure.com has info on them all. For a “reel” thrill, veer southeast to Valle Verzasca and take a leap of faith—attached to a bungee cord—from a 70-story-high dam. James Bond did it in Goldeneye (the stunt ranks among 007’s best) and assorted Amazing Race contestants have followed suit.

Insider Tip: For more bonding with Bond, hit the revolving Piz Gloria restaurant atop Mount Schilthorn: it served as the lair of arch villain Ernst Blofeld in On Her Majesty’s Secret Service.

Do the Grand Tour 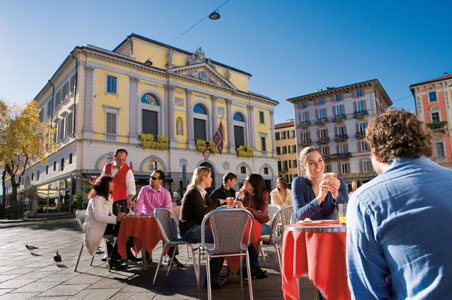 Diminutive Switzerland is so diverse with regard to landscapes, languages, customs, and cuisines that it can easily sub for neighboring countries. That means that you can sample the continent’s cultural smorgasbord even if you don’t have time for an extended European trip. In the balmy Ticino, the vibe is molto Italiano: its main city, Lugano, comes complete with pretty piazzas, al fresco cafés, Lombardy-style architecture, and Italian-speaking locals. Conversely, the canton of Geneva (once occupied by France and now seems to belong to Switzerland by virtue of a cartographic quirk) oozes French élan; while the canton of St. Gallen serves up the same combination of beer, bratwurst, and half-timbered buildings that you’d typically expect in Germany or Austria.

Insider Tip: If you want to experience another country, consider little Liechtenstein. Though an independent principality, it is grafted onto northeast Switzerland and uses the Swiss franc.

Frequent Fodor’s contributor Susan MacCallum-Whitcomb is a punctual, mountain-loving cheese connoisseur who has a secret desire to yodel, so Switzerland appeals to her on many levels. When not on the road, Susan lives with her family in Halifax, Nova Scotia.