Coronavirus David Silverberg Are Your Kids Heading Back to Summer Camp? Here's What You Need to Know
Home  >  News   >   6 Places to Celebrate Carnival Besides Rio

6 Places to Celebrate Carnival Besides Rio

When it comes to the Carnival King, Rio de Janeiro may wear the coveted crown but Brazil’s Carnival capital isn’t the only city on the map. Regardless of where you live or where your wanderlust takes you this year, Carnival festivals are never too far away. From Venice and Barranquilla to Jujuy in the Andes Mountains, here are six cities worth a visit this Carnival season. 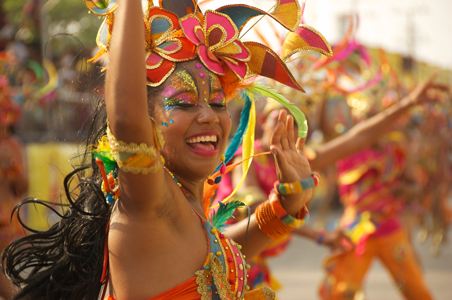 An ideal alternative to Rio de Janeiro’s crowded Carnival fanfare is Barranquilla. The Colombian city hosts one of the biggest celebrations in the world, drawing thousands of tourists to the country each year. Dating back to the 19th century, decorations start appearing forty days before Holy Week as the city prepares for elaborate street art performances, decorative dances, and colorful masquerade parades. Barranquilla puts on a good show through live song and dance performances reflecting European, African, and Indian cultures. The four-day interactive festival kicks off the Saturday before Ash Wednesday with the Battle of the Flowers and concludes on Tuesday. 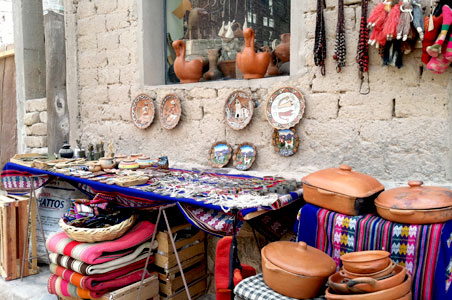 For a Carnival experience that is uniquely representative of the local culture, head straight to Jujuy. Located in the Andes Mountains near the Bolivian border in the north of Argentina, Quebrada de Humahuaca boasts a fascinating aboriginal history. Despite being a charmingly quiet province, Carnival creates a far more rowdy setting. A week before the festival begins people walk up the hills searching for last year’s pujllay (little devil). At sunset, the pujllay is dug up followed by three explosions marking the opening of the Underworld and the devil’s emergence. From this point on, men dressed "devils" with masks and costumes march down the hill to the beats of the charango, bombo, and erke (flute). After nine days of drinking and dancing revelry the pujllay is walked back up the mountain and buried for another year. 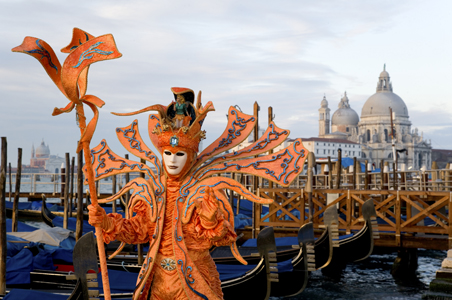 If you’ve ever wanted to dress like a character from Phantom of the Opera, here’s your chance. It’s hard to visit Venice without spotting at least one Venetian mask so naturally, these delicate, traditional items serve as a main component of Venice’s highly-anticipated yearly Carnival celebration. Starting two Saturdays before Ash Wednesday and ending on Fat Tuesday, locals and tourists wear their most extravagant masks. Buying one isn’t difficult in Venice, as they are sold in nearly every outdoor kiosque and shop, although demand will be extremely high in February. The "Bauta" style covers the whole face while the "Columbina" is a half mask and the "Medico della Peste" showcases a long beak. Similar to other Carnivals, street artists and live musical performers serve as entertainment. 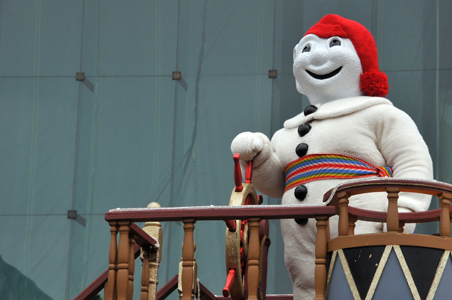 Quebec City puts a cool spin on a classic festival. Despite occurring around the same time as Rio and other South American cities, Quebec’s Carnival is dominated by winter sports. Top attractions include a winter amusement park featuring ice sculptures, snow rafting, sled rides, skiing, and a series of outdoor shows. In between eating and drinking, most guests eagerly watch sleigh races, dog sled competitions, and ice sculpture contests. The event had been taking place intermittingly up until 1955 when the impressive ice palace was built. Since then, the palace is where the opening and closing ceremonies are held. Bonhomme, Quebec’s beloved Carnival mascot, leads the city’s daytime and nightly parades through the upper city. 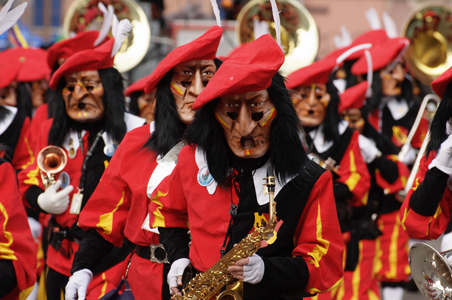 Last-minute planners will find Basel an appealing Carnival destination particularly because it starts the week after most Carnivals end. Reigning as Switzerland’s largest and most popular festival, Basel is also one of the few Protestant celebrations in the world. Taking place between February and March, the normally quiet town becomes wildly colorful as thousands of locals and tourists swarm the city streets. Painted lanterns made from wood and canvas, floats, drummers, and an absurd amount of confetti are all part of the annual parade. Marching through the old town are Cliques, a band of sorts consisting of a vanguard, piper and drummers. 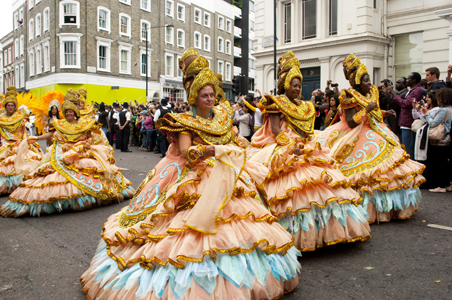 While most Carnivals are held in February, London waits until summer to celebrate in style. Led by members of the West Indian community, London’s posh Notting Hill neighborhood transforms into a big block party for three days each August. Since its start in 1966, the yearly event tends to attract around one million people, which easily makes it one of the world’s largest and most popular street festivals. While the event celebrates the city’s multi-cultural population, there’s a definite Caribbean influence, as seen in the musical instruments and vibrant costumes. To make your experience stress free, there’s an app that highlights the carnival route and direct users to nearby bathrooms, food stalls, and transportation maps.