News Robin Catalano Horses Run Wild on This Puerto Rican Island⁠—but for How Much Longer?
News6 Great Hotels for Art-Lovers

Where there are great museums, there typically are also great hotels. Some have architecture as stunning (or even more so) than the museums nearby and some have art lining the walls that those museums likely covet, but all of them are perfect for the traveling art-lover looking to double their dose of culture. Here’s a rundown of six such stand-out stays… 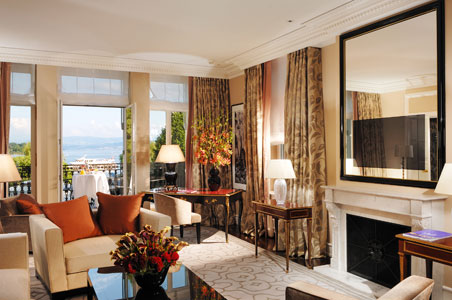 The majestic Baur au Lac is often mentioned as one of the world’s best hotels, and its appeal goes beyond luxurious rooms and spectacular views of the Alps and Lake Zurich. Twice a year, the hotel sets up Art in the Park, an outdoor sculpture exhibition of world-class artists held in a verdant outdoor space on the property’s grounds. The setting is equally impressive in the fall and winter, with the snowy Alps in the background, and the summer (when the Swiss weather is, well, perfect.) Also impressive: the lineup of artists whose work has been included, like Robert Indiana, Louise Nevelson, Sol Lewitt, and Joan Miro.

Add to your itinerary: Kunsthaus Zurich, the city’s modern art museum, with a permanent collection Ferdinand Leger and Pablo Picasso and Salvador Dali. 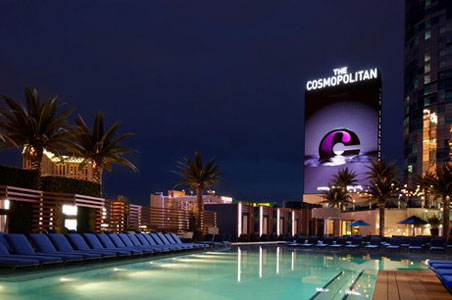 Art is probably not most visitors’ first reason to head to Las Vegas, but it’s a key component of the massive Cosmopolitan. The hotel’s art is modern and bright—a mural by Kenny Scharf here, a digital art installation by Laleh Khorramian there—and offers a bit of culturally-rich relief to the city’s wild casino scene. The Cosmpolitan goes out of its way to promote the arts, with an artist in residence program, for example, and a partnership with the New York City non-profit Art Production Fund, which helps produce public art projects. They’ve even included the perfect way for lovers of the city’s ubiquitous slot machines to purchase art: seven Art-o-mats, which dispense little (affordable) pieces of art out of an old school cigarette vending machine.

Add to your itinerary: The Las Vegas Arts District, aka 18b., a stretch of downtown that’s filled with galleries, restaurants, and boutiques. It’s particularly worth checking out on the first Friday night of each month, when the area promotes a family-friendly evening festival. 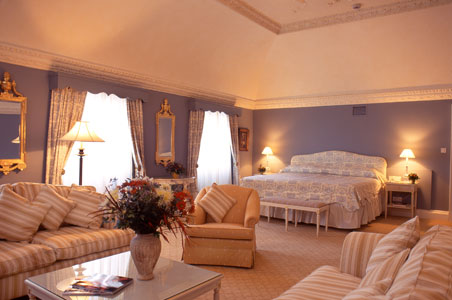 Dublin’s Merrion Hotel—a row of landmark Georgian townhouses turned into a 5-star hotel—is ideal for anyone looking to learn about the art of Ireland, since it’s crammed with work by the country’s most important artists. The hotel’s vast collection—one of the country’s most significant groupings of local painters—includes works by Paul Henry, Nathaniel Hone, Mainie Jellet, Daniel Maclise, and many more. The collection is so noteworthy that tours are conducted regularly, with a guide from the nearby National Gallery.

Add to your itinerary: Dublin’s Gallery of Photography, which showcases young talent and offers locals courses and darkroom space, right in the center of the popular Temple Bar neighborhood. 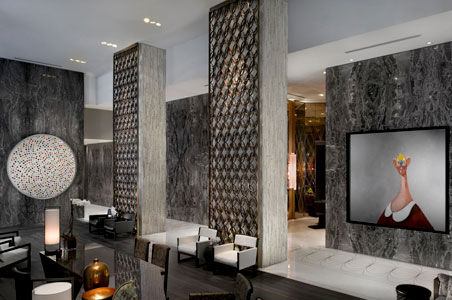 This resort hotel features the poolside scene and trendy restaurants you’d expect in the heart of Miami Beach, but also displays an impressive selection of museum-caliber art on its walls. The pieces are part of co-owner Aby Rosen’s personal collection of 850 pieces, mostly from top modern artists like Francis Bacon and Andy Warhol. One standout is a large painting by Jean-Michel Basquiat, hung on the right side of the lobby.

Add to your itinerary: The Bass Art Museum, a couple minutes walk from the hotel. The current exhibition, which just opened, From Picasso to Koons: the Artist as Jeweler, speaks for itself. And, of course, every December, Art Basel Miami Beach, America’s preeminent gathering for art collectors (and fans too.) 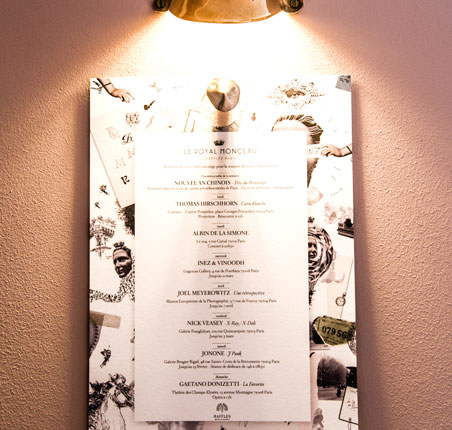 This grand hotel—renovated and redecorated by Philippe Starck a couple years ago—incorporates art at many levels. In each guest room, there are signed photographs on the walls, plus unique little pieces like handwritten (actual!) notes from Jean Cocteau framed beside the bed. The hotel’s art concierge—yes, there’s a special concierge, Domonia de Brantes, whose job is solely dedicated to art—also leaves a menu of recommended exhibitions in your room too (pictured). There’s plenty of art in the public spaces too, like the giant Joana Vasconcelos’ wrought iron sculpture of a teapot in the garden, which was commissioned by the hotel, and the pieces in the hotel’s gallery space, Art District, which has exhibited the likes of Jean-Michel Basquiat and Dennis Hopper.

Add to your itinerary: In addition to Louvre and the Musee d’Orsay, find something different in the Musee de la Mode et du Textile, a museum dedicated to France’s best known art: fashion. 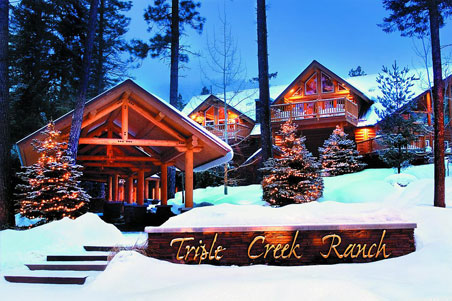 You’d logically think a hotel comprised of luxurious cabins tucked in a Rocky Mountain range would be focused just on the beauty of its majestic landscape, but this upscale Relais & Chateaux property boasts a major art collection that could make you forget the view outside. There are about 700 pieces on show here, mostly from the best known artists who documented life in the area in the late 19th and early 20th century, like Charles M. Russell, Frederic Remington, Edgar Paxon, Edward Borein, Joseph Henry Sharp, Eanger Irving Couse, and Olaf Seltzer. (More modern artists, like Andy Thomas, Carol Hagan, and Brent Cotton, are also represented.) And the art here isn’t just on the wall: several times a year, the hotel hosts weekend workshops with modern artists, during which guests can created their own pieces with feedback from a pro.

Add to your itinerary: The galleries in the nearby town of Hamilton, Montana, about a half hour’s drive from the hotel.