Cuisine-wise, South Korea is probably best known for traditional (and healthy) fare like spicy kimchi, bibimbap, and cooked-at-the-table barbecue. Yet over the past couple of years, trend-obsessed Seoul has seen some new dishes occupy the culinary spotlight. From fusion to pork-everything to a squirming adventurous eater delight, these six dishes are sure to excite. 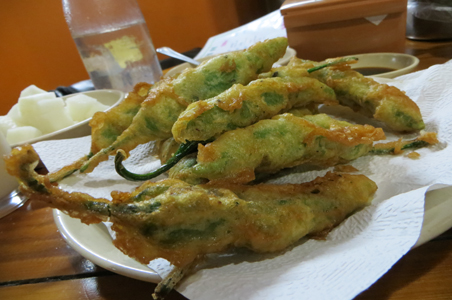 While Korean fare often involves heart-healthy dishes, Koreans also absolutely adore fried chicken, and the crispier the better. At Gangnam’s Hanchu Fried Chicken (Sinsa-dong, 549-9), they add a fiery twist, infusing the batter with green gochu peppers. If you’re a glutton for punishment, double down with spicy sauce, or, even better, an order of the meat-filled, fried gochu jeon, which can be diabolically hot. 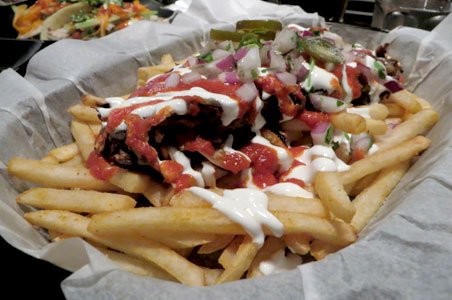 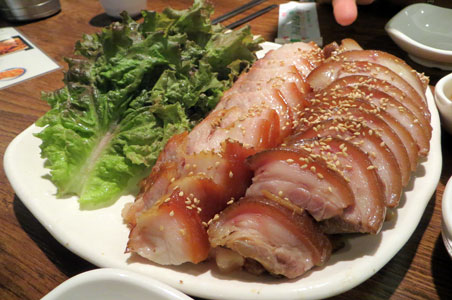 Those signs and displays all over Seoul bearing whimsical pig faces aren’t advertising bacon, they’re for restaurants specializing in pig’s trotters, aka jokbal. A meaty, fatty delight, jokbal is braised in a leek-garlic-ginger-rice wine broth until tender then it’s thinly sliced and served boneless with lettuce leaves and condiments. Jokbal restaurants are quite chic at the moment. The Gongdeok-dong district even boasts a "Jokbal Alley" in its public market. 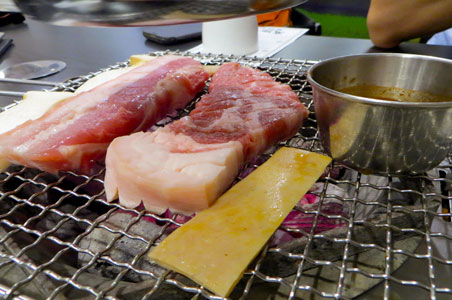 A special breed of swine raised on South Korea’s beautiful Jeju Island produce the incredibly delicious and highly coveted "black pork." While some restaurants offer black pork-infused dumplings and other dishes, a straightforward Korean barbecue presentation – plain or marinated – is the way to best savor the flavor, along with a bit of sizzling char and raw garlic clove. Black Pork restaurant Palsaek Samgyeopsal (18, Baekbeom-ro, Mapo-gu), sets itself apart by offering eight varieties of marinade, including ginseng, pine leaves, and miso. 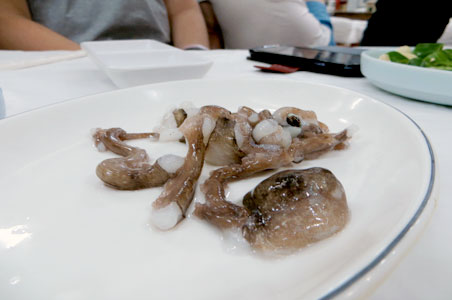 Octopus doesn’t go down without a fight, even when it’s chopped up. Beyond sushi, this adventure eating experience entails a live or freshly chopped up octopus, eaten while it’s flailing, suckers grabbing at your mouth and tongue. While a few restaurants specialize in this delicacy, many prefer to pick their own specimen from tanks at Noryangjin Fish Market and bring it to one of its numerous in-house restaurants where, much like a corkage fee for BYOB, they will prepare and serve it with condiments. Don’t forget the soju! 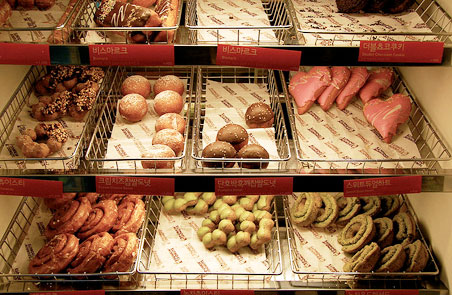