Coronavirus David Silverberg Are Your Kids Heading Back to Summer Camp? Here's What You Need to Know
Home  >  News   >   6 Fall Foliage Escapes 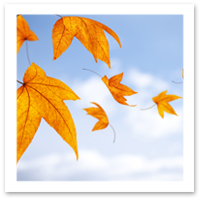 Summer’s over and you need something to look forward to, right? A quick trip out into the country is the perfect antidote to the end-of-summer, back-to-school blues. From Boston to Seattle, here are our favorite long weekend trips away from the major cities.

Just two or three hours north of Boston, New Hampshire’s White Mountains are the premier place in New England to catch the fall foliage. Base yourself in Lincoln, a convenient base for Bostonians, and explore Mount Washington. Fodor’s member LJ highly recommends it:

“The area around Mount Washington is spectacular in the fall. A trip up the mountain is absolutely incredible with the colors at their peak.” (more)

Where to Stay: Though not in Lincoln, but nearby Franconia, the Sugar Hill Inn is a Fodor’s Choice hotel.

If you live in New York City, you’ll need a lot of determination to achieve escape velocity from the enchanting magnetism of Central Park in the fall. Why go anywhere when the best is just uptown? However, if you’re up for a drive, consider southwestern Vermont. Route 100, near the Green Mountain National Forest, has been suggested in our forums as one great choice for a colorful scenic drive. You might also consider the White Mountains, mentioned for Bostonians above.

Where to Stay: Three Mountain Inn, in the heart of the Green Mountain National Forest, is a Fodor’s Choice hotel.

For an afternoon trip around D.C. in the fall, few walks beat the C&O Canal towpath, which originates in Georgetown and ends 184.5 miles later in Cumberland, Maryland. It’s the perfect opportunity for an overnight biking trip. If you only have a day or an afternoon, visit the C&O Canal National Historic Park, near Potomac, Maryland. This little stretch of towpath offers great views with stops at the breathtakingly beautiful Great Falls and the less dramatic but equally impassable Little Falls. For a full rundown of suggestions from D.C. locals, check out this topic devoted to the best times to catch the color changes in the D.C. area.

Where to Stay: For a splurge-worth weekend, consider the The Inn at Little Washington a Fodor’s Choice hotel near Shenandoah National Park. We also highly recommend L’Auberge Provencale further north in Winchester, Virginia.

Though it’s a bit of a trek, the 5-hour drive from Chicago up the eastern shore of Lake Michigan to Traverse City and Mackinac is a rewarding one. The travelers participating in this recent forums discussion recommend northern Michigan as one of the top two most interesting fall foliage trips in the U.S. (along with the North Carolina beaches).

If you go to northern Michigan, set your sights for Traverse City. Spend at least a full day there, perhaps enjoying a trip up to Old Mission Peninsula and the wineries there or a trip over to Sleeping Bear Dunes. If you have an extra day check out Mackinac Island a littler further on to the north. Fodor’s member Kailee13 visited Traverse City in June and took a day trip out to nearby Sleeping Bear Dunes National Lakeshore where she hiked the Empire Trail bluff (read her full report).

Where to Stay: The Grand Hotel and the Inn at Stonecliffe on Mackinac Island and the Clearwater Lakeshore in Mackinaw City are recommended by travelers in our forums.

Yosemite stays green pretty much year-round, but fall is a great time to visit. Crowds will have abated yet most of the park remains open and the scenery will be breathtaking.

Either drive or hike up to Glacier Point. If you lack the time, desire, or stamina to hike more than 3,200 feet up from the Yosemite Valley floor, you can drive instead for the bird’s-eye view. If you get here via the morning guided-tour bus ($25 one way, $41 round-trip), consider a return trip via the 8-mi Panorama Trail, one of the most visually stunning hikes in the state, if not the world.

Where to Stay: The Wawona Hotel is a classic Yosemite lodge.

Though the Pacific Northwest’s landscape is generally green (as in evergreen trees) all year long, you can catch some nice foliage changes in mid-October throughout the region. Says one traveler in our forums:

“The drive along the west side of Hood Canal is beautiful all year, but never more so than when foliage is peaking, as it is [in October]…We took the ferry from Edmonds to Kingston, stopped at the delightful town of Port Gamble, and then drove via Quilcene south on 101 and then east on 106 through Union and Belfair… Beautiful!” — happytrailstoyou

Where to Stay: On your way in or out of Seattle spend a night at the Inn at El Gaucho, a swanky retro-style design hotel.