Coronavirus Leila Najafi Want to Stay in Costa Rica for Over a Year? A New Law Might Help You
Home  >  News   >   6 Epic Easter Egg Events 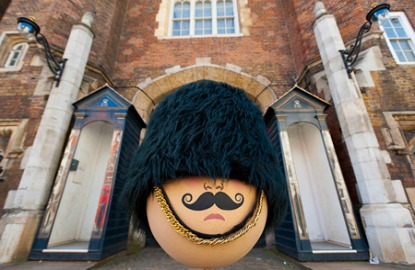 Easter egg hunts are a time-honored tradition. With humble beginnings in quaint backyards where basket-toting children searched eagerly for hidden candy-filled eggs, the hunts nowadays have grown into full-blown, world-class quests, featuring mega prizes and hundreds of thousands of eggs. From Fabergé’s citywide scavenge in London to a helicopter egg drop in the Midwest, these are not the neighborhood egg hunts of yesteryear. Plus, they provide egg-ceptional value (sorry, we couldn’t resist): Each is free to attend.

Luxe jeweler Fabergé achieved timeless fame by crafting Easter eggs bedecked with precious stones for Russian czars, over 100 years ago. Now, as of February 21, they’ve launched a massive, forty-day "Big Egg Hunt" in London, hiding 209 oversize eggs (made of fiberglass and sans precious stones, for weatherproofing) in twelve "zones" throughout the city. Each 2.6-foot-tall work of avant-garde ovum art is uniquely decorated by creative geniuses and British notability, including designers Vivienne Westwood and Tommy Hilfiger, actress Dame Maggie Smith, director Sir Ridley Scott, and architect Zaha Hadid. Aiming to snag the Guinness World Record for the world’s grandest Easter egg hunt, participants can receive clues via Twitter and "collect" found eggs on Facebook by scanning each one’s specific code via smartphone. Text codes to 80001 and enter to win a real, £100,000 ($158,590) gold Fabergé egg commemorating the Queen’s Diamond Jubilee. On March 20, thirty of the eggs will be auctioned off at Sotheby’s, while the rest are currently up for bid online (proceeds benefit the Action for Children and Elephant Family charities). The competition for the Diamond Jubilee Egg ends April 3; the winner will be announced April 7. Attend "The Grand Eggstravagazna" April 5–9 to view the entire collection on display at a yet-to-be-announced location. www.thebigegghunt.co.uk

Over 35,000 people will join the First Family (and their pooch, Bo) in Washington, D.C., at this year’s 134th annual White House Easter Egg Roll (held April 9), now the White House’s largest public event, for games, celebrity storytelling, live music and the traditional main event: tykes in their Easter best racing hard-boiled colored eggs across the South Lawn with long-handled spoons. This year’s theme is "Let’s Go, Let’s Play, Let’s Move," after Michelle Obama’s campaign encouraging parents to raise healthier kids. Free and open to children ages 12 and younger and their families, tickets for the event were distributed through a five-day online lottery. If you weren’t slick enough to score ’em by March 5, watch the Roll broadcast live online at www.whitehouse.gov/live—or just join the tourists gawking from the sidewalk. www.whitehouse.gov

An hour’s drive from downtown Chicago, Living Hope Church in Northwest Indiana is staging a humongous helicopter candy drop. Thousands of pieces of sugary sweets will fall from the sky into a multitude of jubilant hands, while some 100,000 plastic eggs will be hidden throughout the grounds (200 of the eggs hold rewards for bikes, iPods, and the like). There will also be face painting, bounce houses, and of course, an appearance by the Easter Bunny. The hunt begins at 10am for children ages 12 and under, with drops scheduled for 10:10am and 10:50am. lhcweb.org/EasterEgg.html

Hit the slopes at Colorado’s largest Easter egg hunt, taking place just outside of Denver at snow-covered Copper Mountain (setting for Jim Carrey’s 1983 ski comedy of the same name). While a whopping 50,000-egg hunt is being held at Center Village for youngsters ages 7 through 11 (10am) and 6 and under (11am), "big kids" can snap a photo with the Easter Bunny and hunt for six tiny copper eggs hidden in different mountain locations as part of the "Facebook Adult Easter Egg Scavenger Hunt On-Hill & Copper Village" (12pm). Prizes include a pair of brand-new skis, snowboard, and two free passes to Woodward at Copper, the mountain’s year-round indoor playground featuring mini ramps and Olympic trampolines. This year’s all-new Egg Putt-Putt features nine holes of "greens" on the snow with Easter eggs for golf balls. www.coppercolorado.com

So what location currently claims the Guinness World Record title for world’s largest Easter egg hunt? Yep, Florida. In 2007, it took 10,000 people an hour to find half a million eggs at Cypress Gardens Adventure Park near Orlando—with the grand prize being a full university scholarship. Heralded as South Florida’s largest free egg hunt, Coconut Creek’s "Eggstravaganza," held 25 minutes outside Ft. Lauderdale, boasts 60,000-plus eggs, free food, and bounce houses. Hunt times are staggered according to age groups, finishing with a 12:30pm "All Ages Late Arrival" sweep. Register online to reserve your spot ahead of time and enter to win the big surprise mega prize. www.eggstravaganza.org

Urban Harvest, a charity network of city-based farms and gardens, is holding a "Natural Easter Egg Dyeing & Egg Hunt" at the Highland Village Farmers Market in downtown Houston (March 25). Eggs are donated by local farms and all-natural, veggie-based dyes are used, with gourmet cookware company Williams-Sonoma on hand to teach kids how to create dyes at home and to offer gift cards as prizes. On March 23, be sure to hit up IKEA Houston’s all-you-can-eat "Swedish Easter Smorgasbord" ($13; 6:00–8:30pm), and stick around till April 7 for nearby League City’s (30 minutes from downtown) "Easter Fest" at Watershed Church (9am–noon), featuring 12,000 eggs hidden over 11 acres, a petting zoo, face-painting, crafts, and snow cones. www.thewatershedchurch.com