News Apeksha Bhateja Have $340,000 and Want to Vacation in a Survivalist's Paradise?
News5 Trips for Truffle Lovers

‘Tis the season for truffled travels. With summer vacations firmly in the rearview mirror, hungry travelers can now hit the road to hunt, dig, and taste the world’s finest fungi from October through January. From lavish epicurean outings in Provence, to tasting menus in the heart of American timber country, here are the world’s best trips for truffle lovers. 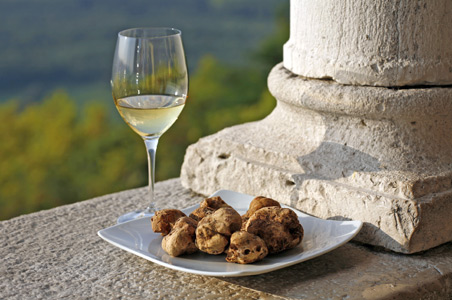 This northern Croatian cape is a boon for truffle lovers. Three black varieties are harvested here all year long, and, every fall, some 3,000 travelers come to seek the rarified white truffle. Most of those who arrive are hoping lightning will strike the same peninsula twice: In 1999, local hunter Giancarlo Zigante found the world’s largest white truffle near Buje. Zigante’s acolytes head to the region’s Hotel Lone and Hotel Monte Mulini for truffle-centric hotel programs like guided hunting excursions in the now-legendary Motovun woods, and private tastings at the region’s elegant, aptly named Zigante restaurant. 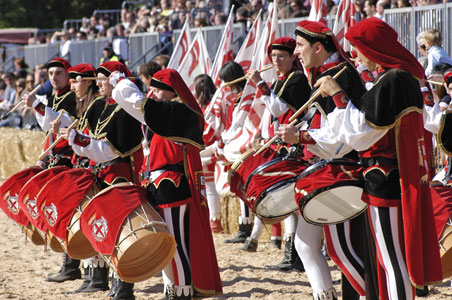 The white truffles, or trifola d’Alba, in this northwestern region are world-famous. The annual harvest, held from mid-October through late December, culminates in the White Truffle Festival, now in its 83rd year. This year, the month-long festivities kicked off on October 12 with traditional donkey races and a parade of some 1,000 residents decked out in medieval garb. For those looking to get in on the action, the Dorchester Collection’s posh Hotel Principe di Savoia has an accompanying truffle tasting itinerary available through November 30, 2013. Starting at $745/ night, the seasonal service will give guests a guided tour of the Alba festival, the chance to participate in a truffle hunt in the medieval village of Roddi, and a four-course, heavily truffled lunch at Osteria dell’Arco restaurant. 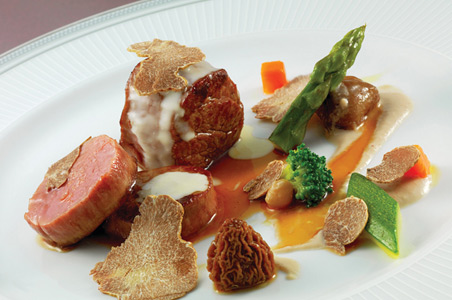 Alba’s white fungi may get most of the fanfare, but the Tuscan truffle is no slouch. In Forcoli, a tiny town near Pisa, the Savini family has been hand-harvesting the local delicacy for generations, bottling their own products like black truffle paté and a rich honey studded with white truffles. The Savinis made headlines in 2001, when their particularly sizable find fetched $330,000 from a Macau casino owner, making theirs the most expensive truffle ever sold. The nearby Four Seasons Florence organizes itineraries for guests with tartufi truffles on the brain, including a truffle hunting expedition with the Savini family and their dogs, private transportation from Florence via chauffeured Mercedes E-Class, and a four-course dinner at Il Palagio restaurant. 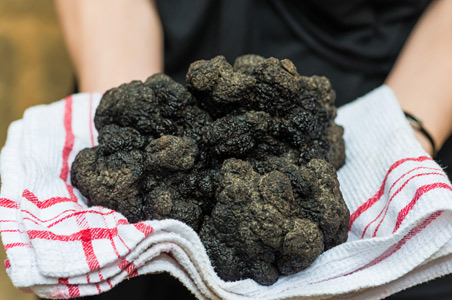 Called the Napa Valley of France, Provence’s picturesque Vaucluse has enchanted everyone from Picasso to Peter Mayle. The southeastern region is also a top spot for black truffles, producing 80 percent of France’s tony tuber. Every November through March, the popular mushroom is harvested on Mont Ventoux and sold at popular weekly markets throughout the region. The largest in the country is the Richerenches Truffle Market, which debuts on November 19, 2013, with a traditional ceremony by the Brotherhood of the Knights of the Black Diamond, a black-cloaked crew dedicated to their region’s exalted export. Those arriving a bit later in the season can learn from a master at author Patricia Wells’ hands-on black truffle cooking class. Held in her Provencal farmhouse from January 20-24, 2014, the weekend workshop includes a wine-paired truffle dinner, guided tastings, a tour of the nearby market, and a private truffle hunt with Patricia and her husband. 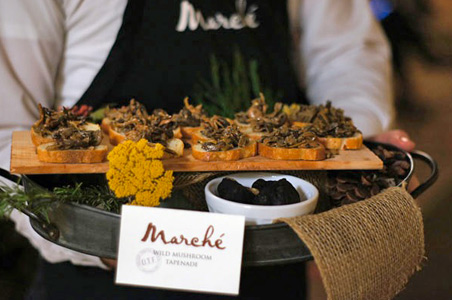 For stateside truffle enthusiasts, early-bird tickets are already available for the 9th annual Oregon Truffle Festival, scheduled for January 24-26, 2014. The only festival of its kind in America, the homegrown affair is dedicated to the four varieties of black and white wild Oregon truffle, which grow in the state’s wine-, timber- and hazelnut-rich Willamette Valley. While European purists may scoff at the idea of New World tubers, Oregon’s four varieties of white and black truffles have been embraced for having the same terroir as the state’s celebrated Willamette Valley wines and hazelnuts. Festivities includes beer and truffle tasting and pairing sessions, featuring a truffle dinner Portland chefs like Gregory Gourdet and Aaron Barnett, and even scent training for truffle dog hopefuls.