Are you planning on flying this President’s Day Weekend? It’s especially important to make a good seat choice during peak travel times, when flights are more likely to be full. Remember that not all seats are created equal. Aisle seats are generally the most healthful, since you can more easily get up and stretch. On the other hand, windows are coziest for would-be nappers. Airline Web sites often have aircraft schematics, or you can try Seatguru.com, which not only has information on layouts but also on in-flight amenities (what few are left!). Below are few more pointers. 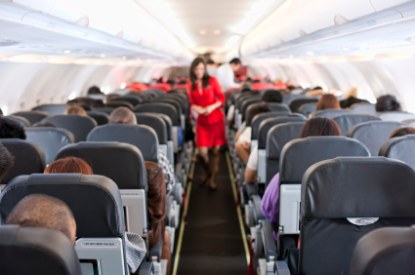 1. If you’re traveling alone or as a couple on a plane with a two/three seat configuration, opt for a seat on the "two" side—this will at least ensure that you won’t get stuck in the dreaded "middle" seat of a "three" section.

2. Avoid seats on the aisle directly across from the lavatories. Frequent fliers say those are even worse than back-row seats that don’t recline.

3. When flying early in the day, book a seat away from the sunrise side of the plane so you’re not bothered by the intense early morning rays.

4. For the best views of clouds and terrain, avoid window seats that are over the wing.

5. Try for a seat in an exit row. The plus side is more legroom. The minuses include having to stash your carry-on in an overhead bin for the duration of the flight and possibly having to pay a fee for the privilege of sitting in these popular seats. Also, you can’t sit in exit rows when you have kids in tow. Just note that some airlines charge extra for such seats.