While thoughts of southern Spain might conjure up images of sun and sea before snow-covered slopes, don’t be fooled: the Sierra Nevada region of Andalusia is an in-the-know ski bunny’s best-kept secret. The area marks the southernmost ski resort in Europe, affording visitors gorgeous views of the Mediterranean Sea while they make their ski runs. Plus, the region’s proximity to Granada also means the chance to easily explore Moorish architecture, cultural activities, and ethnically diverse dining. Here are five reasons to visit the Sierra Nevada this winter. 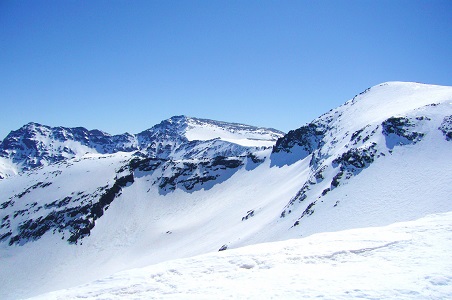 Sierra Nevada literally translates to "snowy range," and it includes some of the highest peaks in all of Europe, granting skiers a lengthy ski season from November to early May. Best of all, thanks to the region’s southerly location, more than 80 percent of the days here are sunny and blizzard free. Sunshiny days afford comfortable skiing temperatures (you can even get a tan!) in addition to great visibility, and in the off chance that there’s less precipitation than normal, the Sierra Nevada ski resort is equipped with one of the most advanced snow-making systems in the world. Hello, sun-filled winter wonderland!

Planning a European ski vacation in one of the popular and posh glacial ski resorts of Austria, Switzerland, or France can cost a small fortune, but a ski trip to the Sierra Nevada is much more affordable. The ski resort here caters more to locals than tourists, meaning you won’t find inflated prices or large crowds. Budget-friendly properties like the Hotel Vita Santa Cruz Sierra Nevada or the Hotel HG Maribel Sierra Nevada range from $95 to $165 per night, but the Sierra Nevada Hostel Inturjoven offers rates at $37/night if you’re really watching your budget. 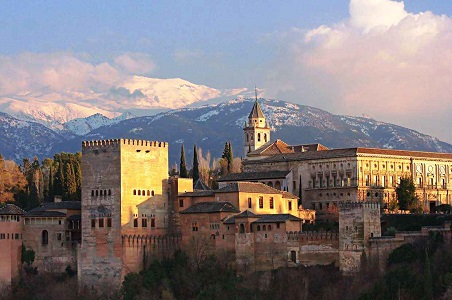 In the nearby town of Granada, the Moorish Alhambra is a walled palace, citadel, and fortress that housed the Nasrid dynasty during the 13th century, and King Charles V and Queen Isabel during the 16th century. One of the most visited attractions in Spain, the Alhambra is world-renowned for its significant Islamic and Moorish architecture, and was declared a UNESCO World Heritage Site in 1984. Don’t miss the Palacio de Generalife, the former leisure place of the kings of Granada that now marks the palace gardens.

Spain might be the last place you’d expect to delve into Arabic culture, but a quick glimpse at a map provides some clarity: Southern Spain is set only 9 miles from Morocco via the Strait of Gibraltar, allowing for a culture heavily influenced by African and Arabic traditions. In Granada, one of the best examples is on the Calle Caldereria Nueva, a road packed with romantic Arabic tea shops, Moorish craft stores, and assorted vendors. The strip is part of the larger Albaicin district, which contains Moorish bathhouses, bazaars, and traditional Moroccan restaurants. Of course, if you’d rather not venture further than the ski resort, Sierra Nevada offers signature Spanish nightlife after a day on the slopes (like at local favorite pub and disco Jaleo). 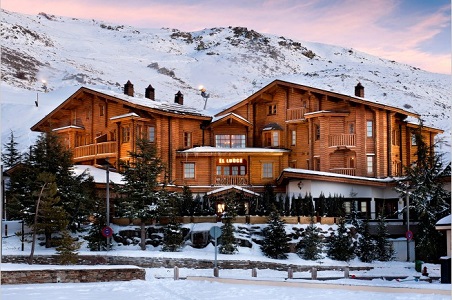 If you’re content to save a bit of cash on things like lift tickets and equipment rentals, you might justify a splurge on your hotel room. In addition to the inexpensive hotel options mentioned above, the charming ski town of Pradollano is home to chic lodges and luxury chalets. Try the Vincci Selección Rumaykiyya, a five-star hotel and spa overlooking the Sierra Nevada station. The majority of the 50 spacious rooms feature balconies and plush king-size beds, while the two- or three-bedroom suites are perfect for family getaways. The boutique luxury hotel El Lodge also taps into Alpine glamour with its Nordic design featuring Finnish wood walls and animal-skin throws in guestrooms. The resort also touts a heated outdoor pool and sundeck, a spa, and fine-dining restaurant MC Grill.