News Apeksha Bhateja It's a Tie: The 2 Most Annoying Airline Passenger Behaviors of 2022
News5 Reasons to Visit Milwaukee this Fall

5 Reasons to Visit Milwaukee this Fall

Set just 90 minutes apart, Milwaukee is often written off as Chicago‘s scrappy sibling. Yet in recent years, it’s evolved into a hip sister, infusing art, nature, mixology, craft beers, and farm-to-table foods into its landscape. Neighborhoods—like the Historic Third Ward, with warehouses converted to condo lofts and cutting-edge restaurants and boutiques; and Brady Street, with Italian-immigrant roots still cropping up in bakeries, restaurants, and markets—are vibrant and welcoming. Milwaukee‘s first-ring suburbs—places like Shorewood and Wauwatosa—boast adorable bungalows and pedestrian-friendly "main streets" with indie-boutique shopping, coffee shops, ethnic dining, and art galleries. Lake Michigan‘s shoreline provides sparsely populated beaches primed for relaxation, although if it’s tiki drinks, volleyball matches, live music, and cabanas with butlers that you crave, Bradford Beach on the city’s East Side delivers. Here are five reasons to check out this Midwestern metropolis before the first frost, including a new boutique hotel and art museum. 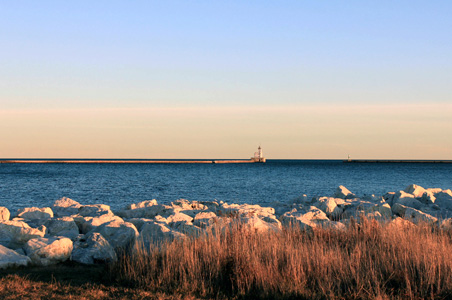 Open since 2006, this gorgeous 22-acre park in downtown Milwaukee not only hugs Lake Michigan, it juts out into the water, with paved paths open to walkers, runners, bicyclists, dog walkers, and rollerbladers. To find the park, simply grab a free parking spot along Erie Street and Harbor Drive, and then walk behind aquarium museum Discovery World and head slightly south. If you’re a fan of freshwater fishing, be sure to purchase a fishing license in advance via the park’s website. 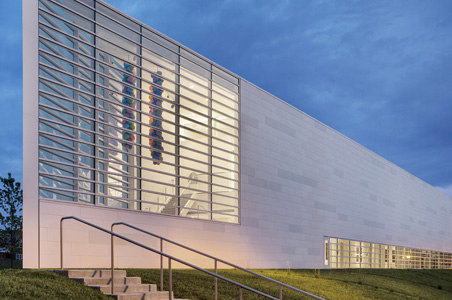 The Museum of Wisconsin Art (open since April) is technically set a half-hour north of Milwaukee, but well worth the haul up Interstate 45 to the Washington County city of West Bend. While the museum dates back to 1961, its digs are new: a triangular modern structure comes to a glassy point along the banks of the Wisconsin River, with an accessible entrance fee (the $12 admission doubles as an annual membership). Currently exhibiting are works by celebrated photographer Edward S. Curtis, who documented the lives of American Indians a century ago. 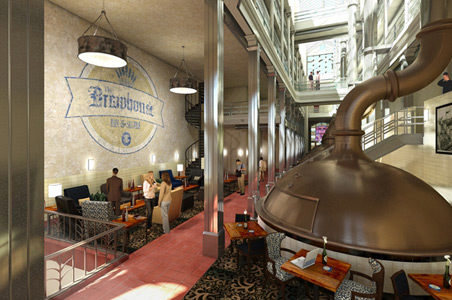 Milwaukee was once home to beer barons, including Frederick Pabst. In May, a new boutique hotel opened on the Pabst Blue Ribbon Brewery’s former grounds. Just a tad west of downtown Milwaukee, the 90-room, eco-friendly property with Victorian and steampunk accents is walking distance from most major attractions. Room decor artfully mixes exposed-brick walls with contemporary, neutral-hued furniture; Wi-Fi and breakfast are free. At the hotel’s Jackson’s Blue Ribbon Pub, 13 of Wisconsin’s craft beers are on tap, providing the perfect whirlwind brew tour. 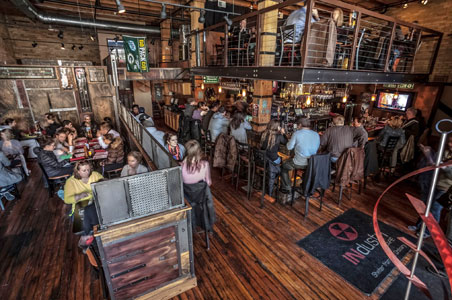 South of downtown, the Walker’s Point neighborhood is a hotbed for new eateries. Drop by Clock Shadow Creamery—open since April 2012—for a Wisconsin staple: cheese curds, so fresh they squeak. Purple Door Ice Cream shares space with the creamery on the ground floor, dishing up flavors that include whiskey ice cream. Wine on tap is poured at Black Sheep, an industrial-chic wine bar. Seasoned restaurateur Peggy Magister opened AP Bar & Kitchen in August, pairing a mostly Italian and French wine list with small plates. The brunch at three-year-old INdustri Café was a favorite of celebrity chef Andrew Zimmern during his last Milwaukee jaunt. Merging farm-to-table philosophies with fine dining are c. 1880 (chef-owner and Milwaukee native Thomas Hauck cut his chops in France) and Braise (run by Dave Swanson, operator of the country’s only restaurant-supported agriculture program, linking chefs with farmers)—both opened within the last two years. 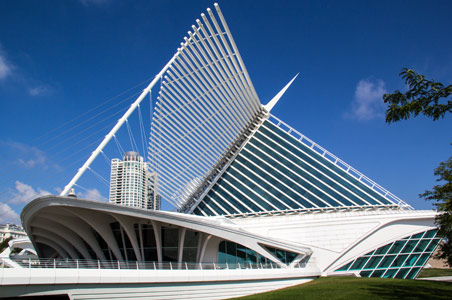 As the darling of Milwaukee’s architectural scene —earning "Best New Design" designation from TIME magazine in 2001, the year it was unveiled—Santiago Calatrava’s first North American project (he worked on the Quadracci Pavilion, attached to the museum‘s original structure; the War Memorial Center was designed by Eero Saarinen) dazzles with soaring white “wings.” A Dale Chihuly glass sculpture is right at home in the atrium. Tip: Schedule a lunch stop or wine break in the ground-floor café, where outdoor seating puts you just a few yards from Lake Michigan.