5 Reasons to Visit Columbus This Summer 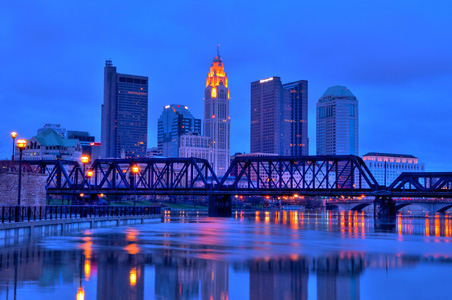 Ohio’s progressive capital city is the home-base of some major US brands and fashion labels like The Limited, Victoria’s Secret, and Bath & Body Works. And yet its population has a decidedly local spirit. Plenty of homegrown boutiques, cafes, micro-distilleries, galleries, and events offer visitors unique only-in-Columbus reasons to come all-year round. Here, we’ve rounded up a quintet for this summer. Get ready, get set, go…Columbus local! 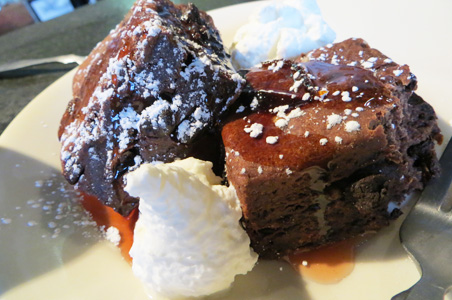 Forget worms: Columbus early birds get damned fine breakfasts. The first meal of the day rules here, thanks to creative chefs eager to fill a niche, excellent local farmland producers, and another opportunity for a relaxed bit of socializing. So prolific is Columbus’ breakfast scene that foodie Nicholas Dekker maintains a blog and wrote a book, "Breakfast with Nick: Columbus," reviewing everything from greasy spoons to innovative farm-to-table venues. 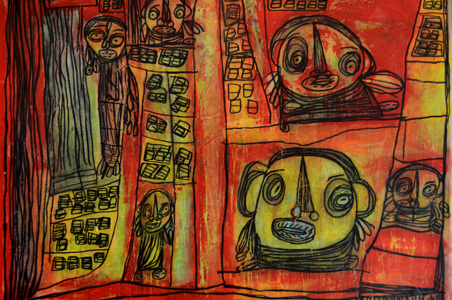 "Outsider art"—work by eclectic, self-taught creators operating outside the art establishment—is the focus of NYC’s annual Outsider Art Fair. But local Columbus gallerist Duff Lindsay lives and breathes the folksy genre all year long. Located on the Short North district’s lively High Street, his Lindsay Gallery represents "outsider" artists, including Ohioans Amber Groome, whose ongoing struggle with bipolar disorder is reflected in her kewpie-like polymer clay dolls and Wallace Peck, a developmentally disabled painter whose style is colorful and whimsical. The latter is the subject of a solo exhibition from May 31-July 27, while an annual show of pop culture-inspired paintings by Columbus physician and painter, Robert Falcone, will follow from August 2-August 31.

Insider Tip: From May 4-August 4, Ohio State University’s Wexner Center For The Arts is hosting an exhibition of recent work by Paul Sietsema, and Shimon Attie’s called "MetroPAL.IS." a thoughtful, immersive video installation that reveals uncanny similarities between Israel and Palestine’s respective Declarations of Independence. Wexner’s superbly curated gift/book shop is like an exhibition in itself to boot. 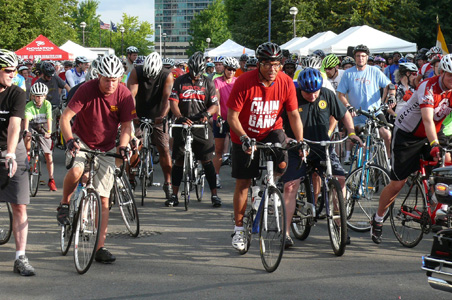 A beautiful city for biking and with aggressive bike-friendly programs, July signals a big month for casual cyclists and pedal-pumping enthusiasts alike. The inaugural Mayor’s Twilight Ride, which Columbus mayor Michael B. Coleman will lead, kicks off July 12th at 6:30 pm. Riders have a choice of 10- or 25-mile routes, while the $25 fee will be used to provide helmets and bikes for Columbus kids in need and bicycle safety initiatives.

July also sees the launch of a 300-bike, 30-station BikeShare program: the first 30 minutes of usage is free, with incremental charges for each additional half-hour. Meanwhile, hotels including the sparkling new Hilton Columbus Downtown provide complimentary loaner bikes to guests. Where to bike? The Scoito Mile trail runs along the city’s beautifully landscaped waterfront, while Olentangy Trail, running almost 14 miles between downtown and Worthington Hills, cuts through OSU’s campus (President Obama delivered the graduation ceremony’s keynote in May), with trailheads in several parks and city locations. Check Ohio Bikeways and Central Ohio Greenways for a full rundown, maps, and alerts/updates.

Insider Tip: If you require a refuel along the Scioto Mile and Bicentennial Park, fill up at Milestone 229 with delicious "elevated" comfort fare, like skillet mac & cheese with double-smoked hickory bacon, diced tomatoes, and scallions, while watching locals frolic in the 15,000 square-foot dancing fountain outside. 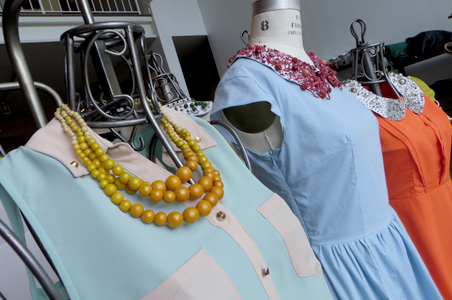 Columbus clothing designer Kelli Martin—easily spotted thanks to her tattooed arms, shock of blonde hair, and spunky personality—proved a popular contestant on Project Runway‘s fifth season. Still a darling on the local scene, with a label dubbed Anti.Label, she heads up the 10-designer collective Alternative Fashion Mob, which will launch the inaugural Alternative Fashion Week this June 1-9. AFW’s activities include pop-up boutiques, workshops, receptions, and of course fashion shows. And for $25, you a VIP seat at the Grand Finale…including a swag bag! 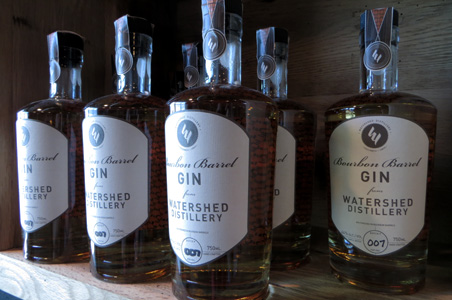 While Columbus’ brewery and distillery scene continues to flourish, only one producer crafts mead, a refreshing wine made from honey. Open since 2011, Brothers Drake Meadery puts about 25,000 pounds of Ohio wildflower honey to use each year in varieties like the semi-dry Wild Ohio, semi-sweet blueberry and bergamot-infused Bergamot Blue, and sugary Apple Pie, an addictive liquid dessert prepared with apples and clove. You can sample five via a $15 flight, which includes a taste from experimental batches—we tried a quaffable, summer-ready ginger-vanilla during our recent visit. So local is Brothers Drake’s philosophy that it stays local, too: the mead isn’t sold outside Central Ohio, which is reason enough to bring a half-empty suitcase.

Insider Tip: Fashioned from soft Ohioan wheat, Middle West Spirits’ OYO Vodka is distinguished by a smooth, flavorful character, while Watershed Distillery produces a seductive bourbon barrel-aged gin. Tours with tasting flights are available at each micro-distillery for $15 and $10 per person, respectively.