Coronavirus Leila Najafi Want to Stay in Costa Rica for Over a Year? A New Law Might Help You
Home  >  News   >   5 Reasons to Visit Cape Breton This Fall

Alexander Graham Bell, who spent 37 summers in Cape Breton once said, "I have seen the Canadian and American Rockies, the Andes, the Alps, and the Highlands of Scotland, but for simple beauty, Cape Breton outrivals them all." Until recently, it has flown under the radar for Americans. Nova Scotia—and specifically Cape Breton—finally seems to be getting some well-deserved attention, topping many of the travel industry’s recommendations for the must-see destinations of 2013. With its unspoiled beauty, endless outdoor pursuits, world-class seafood, and wholesome charm, it’s very easy to see why. Here are our five reasons to see it for yourself this fall. 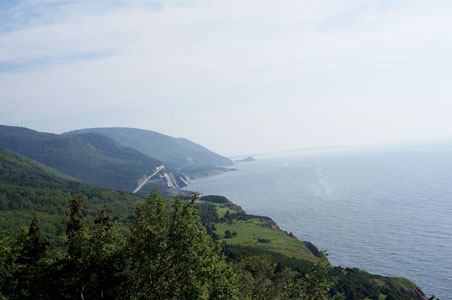 The Cabot Trail is consistently ranked as one of the most scenic drives in world. The colors of the leaves and the vibrancy of the foliage during the fall are simply breathtaking. This nearly 200-mile driving route along Cape Breton’s northern coastline will bring you to different parts of Highlands National Park, where you can hike or enjoy majestic views from scenic lookout points. But aside from the Trail’s natural splendor, you’ll also find proof of the island’s diverse cultural makeup; like the early Scottish influence, which can still be seen in the rural community of Ingonish, Acadian culture, which is alive and well in Cheticamp, and the original Mi’kmaq settlers of the island whose thriving people are in the tribal community of Membertou, (note that it’s about an hour off the Cabot Trail to the southeast). 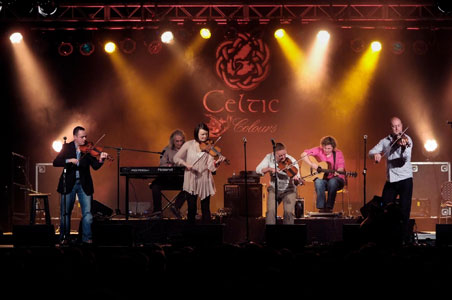 The island’s Scottish and Irish roots are apparent from both the locals’ accents as well as the immense popularity of Celtic music. This year marks the 17th Celtic Colours International Festival, which will feature 46 concerts of both local and international artists and more than 200 cultural events. Prepare for wild concerts, eclectic cultural events, and late nights! Each night during the festival, starting at 11 pm, there is a Festival Club at the Gaelic College that hosts an unscripted lineup of talented artists that take the stage until, oh, 3 am. And trust us, anyone who thinks they don’t like Celtic music just hasn’t been to a concert in Cape Breton. 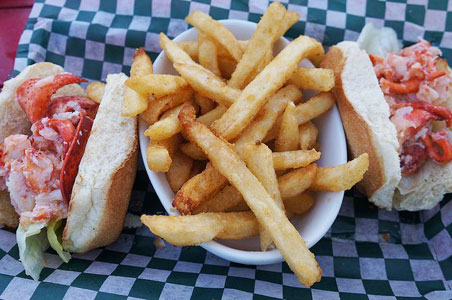 Cape Breton’s seafood scene rivals that of Maine’s. And the best part? It’s actually really affordable. Don’t let the relaxed pace in Cape Breton fool you—this town is a burgeoning foodie destination. In fact, Cape Bretoners have been locally sourcing ingredients and using organic foods long before it was trendy. Here are the seven things no trip would be complete without: just-caught lobster at The Purple Thistle, lobster rolls at the Rusty Anchor (23197 Cabot Trail. (902) 224-1313), maple-glazed salmon and a rhubarb martini at Normaway Inn, a blueberry cobbler at the Glenora Distillery Pub, lobster ravioli (with insane views) at Panorama, lobster sandwiches at Bell Buoy, and delicious cookies at the Dancing Goat. Hungry yet? 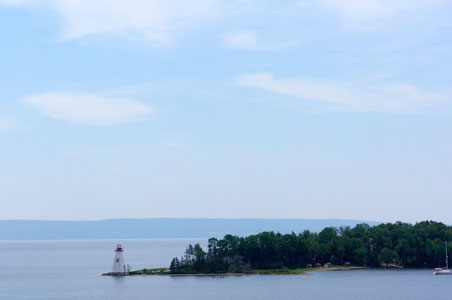 Cape Breton’s landscape is the perfect balance of land, sea, cliffs, greenery, and wildlife. No matter what outdoor interest tickles your fancy, one thing is certain, you will not want to spend any time inside. Whether you’re hiking the Highlands National Park trails alongside the frequently-sighted moose, (our favorite is the Skyline Trail), whale watching in the Gulf of St. Lawrence or Cabot Strait, playing a round of golf in Inverness or Ingonish, sailing in Baddeck, fly fishing on the Margaree river, or just sunbathing on a beach, Cape Breton’s great outdoors will captivate you. 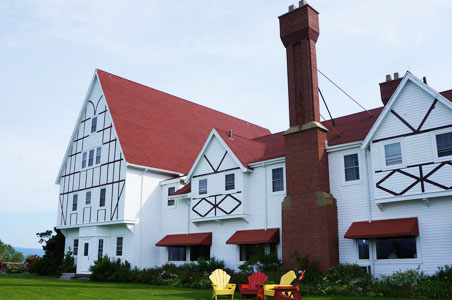 You can vacation like royalty here for a fraction of what most Northeastern escapes in North America cost. Hotel rates at some of the island’s finest resorts start at just more than $200 during peak season, which is from late spring to mid-fall. And we can only guess (and hope we’re wrong) that with more tourism will come higher prices, so go enjoy the beauty in style before everyone else does. The Keltic Lodge has spectacular views, heaps of charm (cottages have fireplaces…), plenty of activities on-site (tennis, swimming, golf), and a full-service spa. The Cabot Links has, obviously, more of a focus on golf, but that doesn’t mean they sacrifice on stylish lodgings or gourmet cuisine. The interiors utilize beautiful local materials, while the restaurant serves mouthwatering local ingredients (Cape Breton seafood chowder, anyone?) paired with a postcard-worthy view.