But nothing lasts forever: Norwegian Cruise Line recently announced a $50 million port development underway in the Placencia region, one of several projects that will soon drive Belize’s annual visitor numbers far above the current 250,000 (or just two weeks’ worth of arrivals in Cancún). Here, we’ve outlined five reasons to travel to Belize now, before the crowds arrive. 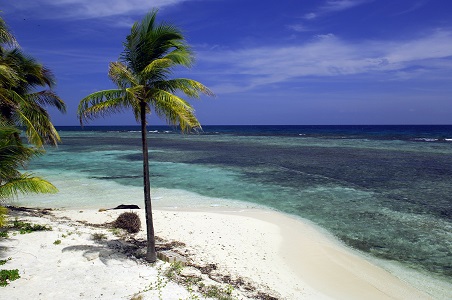 Just off of Belize’s Caribbean coast is an archipelago of sunny islands (known as cayes), featuring myriad natural wonders and a series of charming beach towns, all easily reached via the well-run local carrier, Tropic Air. In San Pedro, where streets are so narrow that residents drive around in golf carts, a 190-mile-long barrier reef extends along the town’s coastline, and the beachfront is lined with dive shops, excursion boats, bars, and restaurants. Conversely, Placencia has few docks or developments, allowing for miles of uninterrupted beach, and just a few cozy boutique hotels.

Insider’s Tip: For lodging in San Pedro, try Xanadu Island Resort, which offers a fleet of golf carts for guests, or Las Terrazas, for furnished townhouses with gourmet kitchens and concierge services. In Placencia, look to the all-suite Belizean Nirvana Hotel for its beachfront verandas. 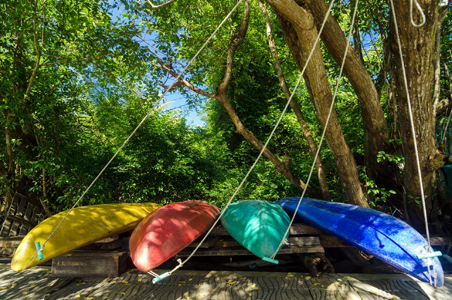 Travelers who can’t imagine spending vacation time in a beach chair can channel their inner Tarzan in Belize. Start with cave exploration and river tubing at Caves Branch Jungle Lodge in Cayo, where vacationers can rappel into caverns and float along an underground river on inner tubes. Hikers can explore 22,000 acres of protected jungle and mangrove forests at the Shipstern Wildlife Reserve in Corozal, trek to Antelope Falls in Mayflower Bocawina National Park, or follow rain forest trails with panoramic views of the Caribbean at Cerros Caye in Corozal Bay. Or, in Hopkins, visitors can take kayak tours at the Cockscomb Basin Jaguar Preserve.

Insider’s Tip: In Hopkins, choose from shallow- or deep-water fishing excursions, or rent a bike for local sightseeing amidst minimal traffic. 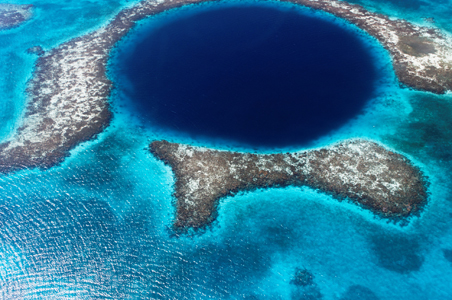 Insider’s Tip: Plan Gladden Spit dive trips for the months of April and May, prime time for whale shark sightings. 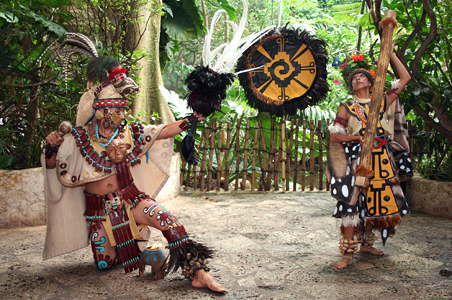 Insider’s Tip: Visit the Belize Tourism Industry Association‘s office in Orange Walk Town to arrange a trip to a mestizo village to learn cultural dances and have a hand at preparing local cuisine. 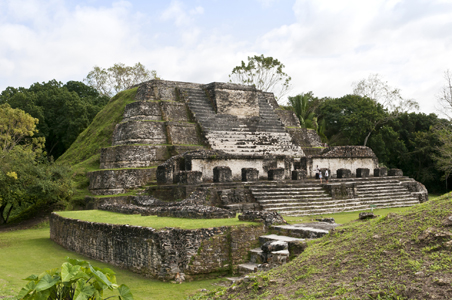 Once at the heart of the ancient Mayan empire, Belize offers some of its most important archaeological sites. Caracol was among the Mayans’ most important political centers and remains under excavation, while the ancient trading center of Altun Ha, covering an area of 25 square miles, proposes numerous imposing temples. Located in Belize’s Toledo District, the excavated Mayan city at Lubaantun features structures built of large stone blocks, and includes three Mesoamerican ball courts.