The small city of Asheville, North Carolina, may never be the "next big thing," but right now it’s that really cool city you haven’t been to yet. It’s one of America’s top beer destinations (known for stellar microbreweries) with a buzzing culinary scene to boot. Also, it’s cradled in the Blue Ridge Mountains, making any outdoor enthusiast happy to don their hiking boots. There’s no denying Asheville has heaps of character and charm. Throw in 24 vortexes, weekly public festivals, rich history with the Vanderbilts, F. Scott Fitzgerald, and even (gasp!) ghosts, and you’ve got yourself a city worth returning to. This modest city packs a lot of punch, and visitors are putting Asheville on their radar. We highlighted five reasons to go to Asheville now. 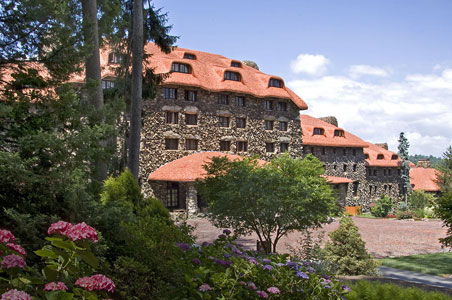 History can be found at Grove Park Inn, open since 1913 and the summer home for F. Scott Fitzgerald in 1935 and 1936. The inn sits on a hilltop that looks over downtown Asheville and the mountains (best view yet) and the history is preserved in the main building where original furnishings and antique pieces can be found. Check into the subterranean, award-winning spa, where you can get your aura photographed before and after a massage or body treatment.

Grove Park Inn is celebrating its 100th anniversary all year long, kicked off with a $25 million renovation. Noteworthy events and features include the Jazz Weekend in January with Pat Metheny, retro-inspired menus created from the inn’s original 1913 courses in the restaurants, and anyone celebrating their 100th birthday in 2013 gets free accommodation and dining.

Insider’s Tip: Ghost hunters will want to check into floor 3 and 5, allegedly haunted by the "Pink Lady." 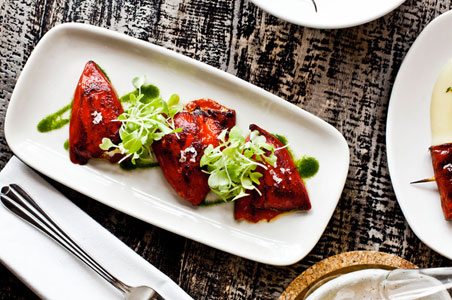 It’s not all farm-to-table, Southern fare down in this mountain city (although that’s a big part of the culinary scene). Curate, a new tapas restaurant opened in 2011 by executive chef Katie Button, a James Beard semi-finalist who trained at the former best restaurant in the world: elBuli. She also worked with renowned Spanish chef Jose Andres at The Bazaar in Los Angeles and Rene Redzepi at noma in Copenhagen (currently touted as the best restaurant in the world). Curate blends Spanish food and wine with local, fresh ingredients.

Insider’s Tip: The jamon Iberico is shipped directly from Spain… it’s the first thing you should order. 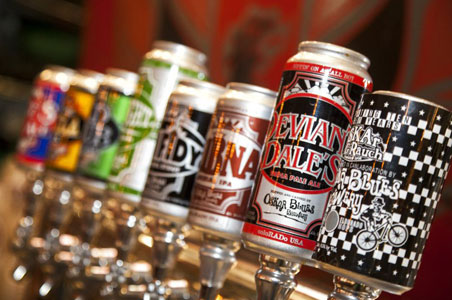 Asheville’s already well-known microbrewery scene just got a notch cooler on December 31, 2012, when Oskar Blues Brewery opened its first East coast outpost in Brevard, just 45-minutes outside Asheville. Tucked away in the mountains near Pisgah National Forest, Oskar Blues is destined to be a top spot for local beer lovers. The brand is famous for inventing craft beer in a can, leads an outdoors, hip-factor "lifestyle" for devout followers, and the great tasting brew pretty much speaks for itself. There’s free weekend trolley service between the brewery and Asheville.

Insider’s Tip: Oskar Blues is one of three big national craft breweries making a "beer" splash. Sierra Nevada will open this year, and New Belgium will open in 2014. 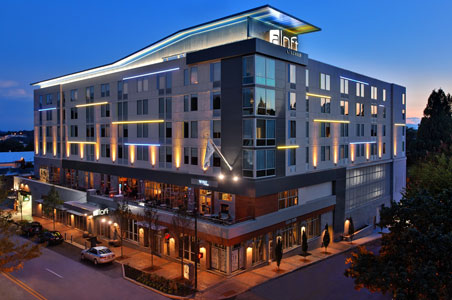 Thankfully, Asheville won’t blow a hole in your wallet and neither will the new crop of budget-friendly hotels. Opened in 2009, Intercontinental’s Hotel Indigo Asheville offers 116 rooms (starting at $155) with complimentary parking, WiFi, and business center and all rooms carry Aveda amenities. The new Not All Business package brings the local Asheville flavor to all guests who don’t have the time to explore the culinary scene. Opened in 2011, the Grand Bohemian Asheville is literally across the street from the Biltmore Estate. There are 104 well-appointed rooms, several with balconies, with hand-carved furniture, soaking baths, and rustic accents. Rooms start from $169. Starwood opened Aloft Asheville last fall, which brings contemporary flair to the downtown hotel scene with rooms starting at $107. 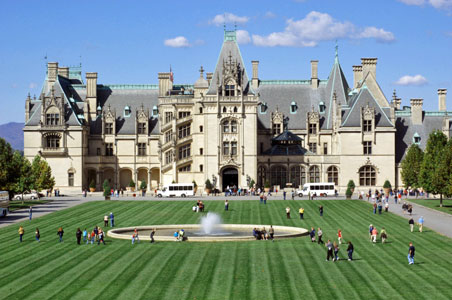 Biltmore is Free for Kids

The grandaddy of all tourist sites in Asheville, the Biltmore Estate is a must when visiting the city. Built by George Vanderbilt and opened in 1895, it sprawls a whopping 8,000 acres (it takes about fifteen minutes to drive from the entrance to the actual parking lot next to the Biltmore House). Expect lavish, over-the-top-designed bedrooms, lounges, and an extensive basement. And from now until March 20, 2013, children ages 16 and younger get in for free! Adults also receive a complimentary audio guide with their ticket during the off-peak months.

Insider’s Tip: Tons of activities are offered at Biltmore (beyond the tour) including fly fishing, bike rentals, horseback riding, and more.