News Apeksha Bhateja What Are the Chances You'll Get Monkeypox at a Hotel?
News5 Reasons to Go to Verona, Italy

5 Reasons to Go to Verona, Italy

Shakespeare’s “Fair Verona,” the setting for Romeo and Juliet, has a reputation for being romantic—especially around Valentine’s Day, when a four-day Verona in Love festival amps up the already high amore level with special concerts, art exhibits, and other themed activities. This easy to negotiate, achingly beautiful city also has enough history to have earned it a UNESCO World Heritage Site designation and enough charm to give neighboring Venice, just 70 miles west, a run for its money. Need more reasons to go? Read on. 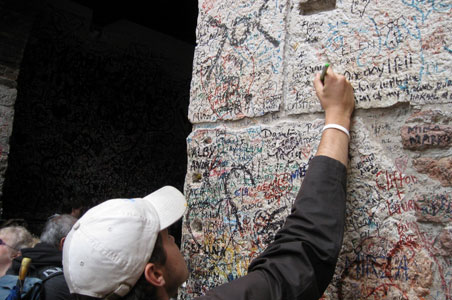 The Romance: Romeo and Juliet was, of course, fiction but the frenzy it causes here is very real. Casa di Giulietta at 23 Via Cappello is the epicenter of activity; and each year an estimated half million devotees cram into its tiny courtyard just to look at Juliet’s supposed home. The scene is more circus than sensuous: witness the “gum wall” or the endless sprawl of graffiti. But Shakespeare—a man who knew how to play to the masses—probably wouldn’t mind. If you don’t either, feel free to observe the scene, rub the statue of the tragic heroine for luck (oddly, since she had precious little), or post your own love note, as Amanda Seyfried did in the 2010 film Letters to Juliet. For €6, you can enter the actual house: a convincing 13th-century number which promises a few themed displays and, more importantly, a chance to step through yonder window onto the balcony where a perfect Facebook photo op awaits.

Insider’s Tip: The local tourism board has mapped out a self-guided walk that includes Casa di Romeo and the star-crossed lovers’ quiet tomb in the San Francesco al Corso monastery. 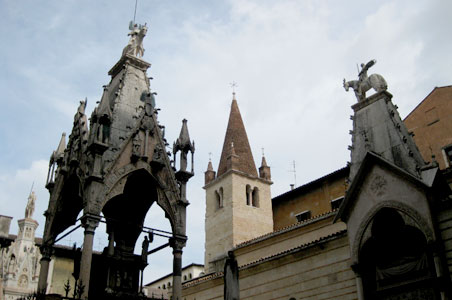 The Architecture: Casa di Giulietta is right around the corner from one of Italy’s most eye-popping squares—Piazza delle Erbe. It’s a market by day (though the titular erbe—or herbs—have largely been replaced by touristy trinkets); in the evening it’s where hip residents sip neon orange spritzes made with Aperol from nearby Padua. No matter when you stop in, you can admire the antique tower, fabulous fountain, and frescoed palazzos that make this piazza so photogenic. Architecture aficionados will also want to see the medieval Castelvecchio (a crenellated castle-turned-art museum stocked with works by Titian, Tintoretto, Canaletto, and more); the Basilica di San Zeno Maggiore (an outstanding example of the Romanesque style notable for the intricate bronze bas-reliefs which adorn its doors); and Palazzo di Cangrande (once home to the all-powerful Scaligeri family).

Insider’s Tip: Get an overview of Verona’s buildings from atop the 275-foot Torre dei Lamberti (on a clear day you’ll see all the way to Austria). Ascend 368 steps or take an elevator up. 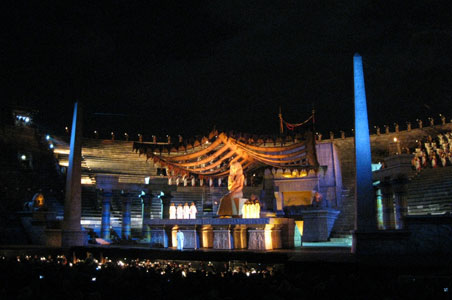 The Performing Arts: A cultural hotspot for 2,000 years, Verona is a place where even folks who don’t know an aria from their elbow will be seduced by the arts scene. In part that’s because events are high quality, in part because venues themselves are sublime. Take the 18th-century Teatro Filarmonico (which hosts ballets, operas, and symphonies) or Teatro Romano (a 1st-century site that stages Shakespearean plays and jazz concerts). But nothing tops Arena di Verona: with seating for 15,000, it is one of the largest extant Roman amphitheatres and arguably the best preserved. To fully appreciate its grandeur come June through early September for the world-class opera festival, which celebrates its centennial this year. Watching an over-the-top production of Aida (complete with on-stage horses) on a moonlit night while sitting on a marble tier that was once occupied by gladiatorial fans isn’t something you’ll quickly forget.

Insider’s Tip: Nosebleed opera seats start at €23; cushions (you’ll need one) go for €5. If you can’t make a performance, the AMO Arena MuseOpera showcases sets, costumes, and the like. 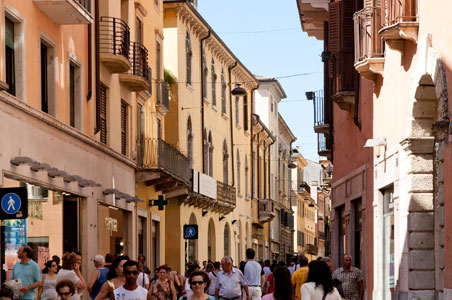 The Shopping: Via Mazzini, Italy’s original pedestrian street, runs from the Arena to Piazza delle Erbe and, in theory, you could walk end to end in about five minutes. But that’s only if you can somehow avoid the throngs of well-heeled locals and aspiring out-of-towners who come to this street (and those radiating from it) for a retail fix. As you’d expect in a city that’s just an 85-minute train ride from Milan, the selection is impressive. Free-standing stores are devoted to Europe’s big luxury labels, plus there are multi-brand retailers, like Al Duca D’Aosta and Alexandra Boutique, which offer one-stop shopping for less focused fashionistas. For a vintage twist, try Boutique Cecile where designs from the 1940s onward are sold on consignment. Tucked amidst such shops are affordable options like Bershka and Stradivarius (sister stores to Zara) as well as Kilo Fascion (a Filene’s Basement of sorts where items are sold by weight).

Insider’s Tip: Want to know what Italian trendsetters wear? Forget fashion shows. Stick around Via Mazzini and watch them strut their stuff during the passeggiata, a ritual evening stroll. 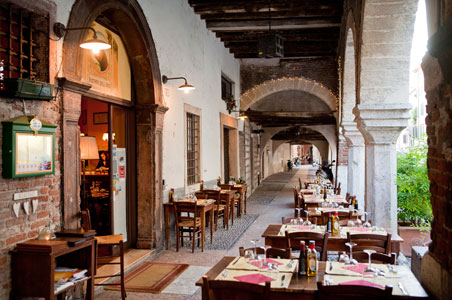 The Food: This being Italy, the food is always a reason to go. This city has a pair of Michelin-starred choices and there’s another 15 in the surrounding area. Among the former, little La Fontanina is the primo choice for a big night out. Located near the Roman Theatre and pretty Ponte Pietra, it’s been drawing discerning diners for 200+ years. Today, the menu tweaks tradition serving dishes like truffle-stuffed ravioli, seafood pasta blackened with squid ink, or beef braised in Amarone (Verona’s renowned red wine) with Veronese-style polenta. For day-to-day dining, the city’s back streets are bursting with old-school osterie. These are the kind of unpretentious spots where you can still expect long communal tables in front and somebody’s grandma cooking out back. You’ll typically pay about €15 for a sustaining, two-course menu at lunch.

Insider’s Tip: Locals are sometimes hungry enough to eat a horse—literally. In fact, horsemeat is very popular here. If that doesn’t sound appetizing, don’t order anything that includes caval.

Having recently completed a trip around the world, frequent Fodor’s contributor Susan MacCallum-Whitcomb can now say with some certainty that Verona is one of her all-time favorite cities. When not on the road, she lives happily in Halifax with her husband and two children.