5 Reasons to Go to Vancouver Now

Vancouver is a city surrounded by nature. There are few places in Canada’s largest West Coast city where British Columbia’s Coastal Mountain Range and the Pacific Ocean aren’t both on display at the same time. Visiting in spring or summer means you’re likely to see this city-seeped-in-nature all dolled up in her best and brightest. Here are five reasons to stop what you’re doing and check it out now. 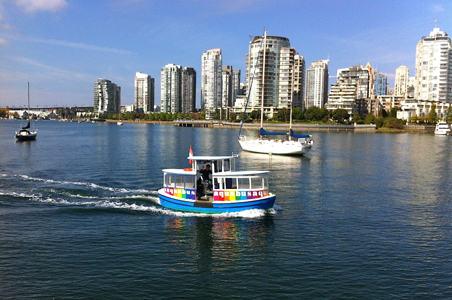 Sea water splashes into Vancouver on almost every side, so when the weather turns from winter cool to spring-and-summer warm, boating season takes full effect. On any given summer’s day, the harbor teems with kayaks, stand-up paddleboarders, sailboats, and cruise ships. If you’re a traveler that prides themselves on dipping a toe into whichever ocean borders the city you’re visiting, go in a little deeper and jump on the petite, rainbow-hued "aquabus," or rent a kayak at Granville Island. If the high seas are calling, you can even book a spring or summer cruise to Alaska from Vancouver’s seaport. 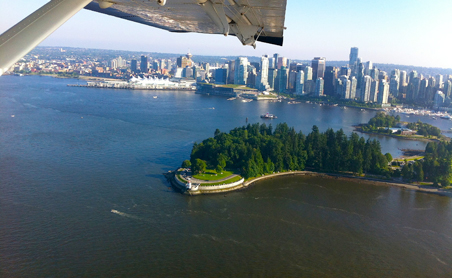 Nudged up against Vancouver’s concrete jungle, Stanley Park is home to a 1,000-acre forest and green space bordered by the ocean on almost every side. From lagoons and totem poles to rose gardens, there’s a ton to see on the inside, but it’s the park’s edges that really shine. It is ringed by a 5.5 mile seawall that was built in 1917, as well as a series of beaches. Biking or walking around this crown jewel offers a wonderful breath of fresh air. About a 25-minute bus ride from town, soil replaces concrete and towering trees replace skyscrapers at Grouse Mountain. While most people "climb" in the comfort of a Swiss-style skyride aboard North America’s longest aerial tramway system, fitness enthusiasts conquer the 1.8-mile vertical ascent up what’s become known as "Mother Nature’s Stairmaster," officially called the Grouse Grind. Once at the top, Vancouver can be appreciated in all her glory with a sip of British Columbian wine from the city-view patio at Altitudes Bistro. 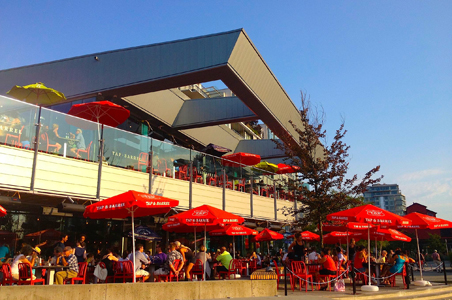 Vancouver has a similar climate to Seattle (only a three hour drive away), with four temperate seasons. When the pace slows under fall and winter rains, locals come out of the woodwork as soon as spring temperatures rise. This includes everyone’s warm weather favorite—al fresco dining.. Start downtown at the swank Reflections Lounge, an open-air (and heated) South Beach-meets-West-Coast perch packed with art installations, swishy water features, and clever sips. Or find a seat at Tap & Barrel, our favorite sun-drenched patio, complete with ocean views, for a taste of BC wine or a local craft beer. 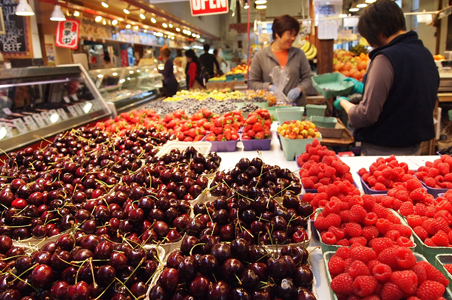 Fueled by fishermen, farmers, and a spice rack of international proportions, Vancouver takes fresh food seriously—after all, nature’s right at the doorstep. Start the day at Granville Island Public Market, a hustling gourmet stomping ground to pick up a locally-roasted coffee, produce from within a 100-mile radius, or a treat from Lee’s Donuts. For lunch, make a beeline straight for Gastown, Vancouver’s "it" foodie district, to nosh on a slow-roasted porchetta sandwich at Meat & Bread. As night falls, mosey into nearby Chinatown for a modern Chinese feast of "kick ass house-fried rice" and Skuna Bay salmon at Bao Bei. 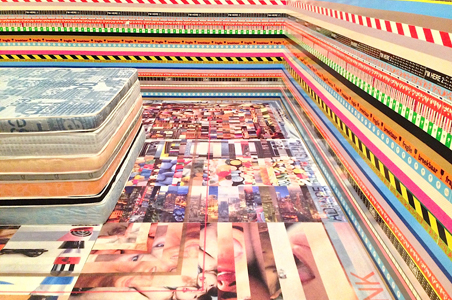 True to form, the Vancouver Art Gallery is one of the stateliest structures in Vancouver’s downtown core, sitting behind a curtain of columns in the city’s 1906-built, neo-classical courthouse. In addition to exhibiting works from Canadian legends and international icons, you’ll find a that travel theme has taken over through September 15, 2013. A show nearly seven years in the making, Grand Hotel charts the evolution of hotels from utilitarian structures to social icons featuring a bounty of vintage and modern expressions of hotel life.

Insider Tip: Located in historic Chinatown, a short walk from downtown, don’t miss the Rennie Collection gallery, the passion project of a Vancouver real estate mogul who amassed so much art over the years—he has enough to host unique three-month shows for the next 20 years—he’s giving back to his city through free exhibits. The building’s architecture and history alone are worth the visit—think secret passageways and opium trade.