News Apeksha Bhateja What Are the Chances You'll Get Monkeypox at a Hotel?
News5 Reasons to Go to Singapore

5 Reasons to Go to Singapore 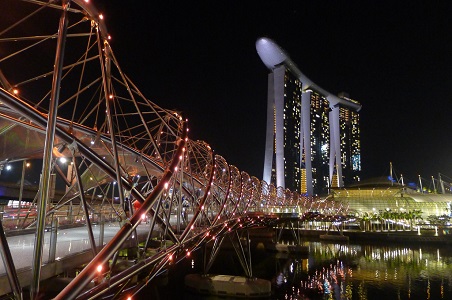 In many ways, this burgeoning island nation makes for an ideal gateway into the rest of Southeast Asia. It’s squeaky clean; petty crimes are scarce, and violent crime is virtually nonexistent; plus, English, one of four official languages, is readily spoken and understood. These cultural attributes make this an easy destination for acclimating yourself to the region, but there are plenty other reasons why this tropical outpost warrants more than an extended layover—read on for five of our favorites. 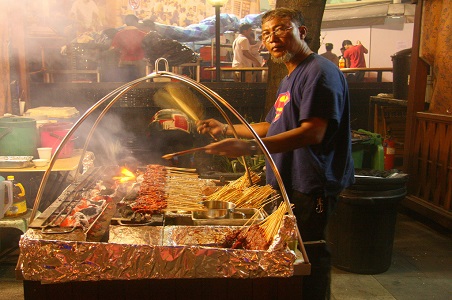 1. Memorable Meals for Every Budget

Eating well is one of the great joys of everyday life in Singapore and a highlight of any visit. Superstar chefs like Mario Batali, Daniel Boulud, Jamie Oliver, Joël Robuchon, and Guy Savoy have all opened successful restaurants over the past few years, while roving pop-up dinner parties hosted by upstart foodies at Gastrogig and Lolla’s Secret Supper have thrown a well-received wrench into the traditional brick-and-mortar dining model.

2. Craft Beer with a Sense of Place

Big, hoppy IPAs are the calling card for most American microbreweries, but in Singapore, award-winning Jungle Beer has staked its success on beers brewed with unconventional regional products: think shiitake mushrooms and such tropical fruits as soursop, calamansi, and guava. This past June at Singapore’s Beerfest Asia, the largest annual beer festival in Southeast Asia, Jungle Beer’s Kiasu Stout, a rich ale brewed with unrefined sugar cane, was awarded "Best in Singapore" and "Best in the World" honors, while its English Pale Ale earned a gold medal in the "International Pub Ale" competition. Jungle Beer hosts an all-you-can-drink open house every second Saturday of the month at its somewhat remote brewery in northern Singapore; otherwise, quaff their brews at more than 20 bars and restaurants across the island. 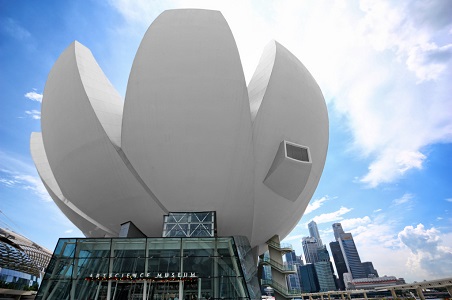 Dedicated arts enthusiasts should time their trip to coincide with Art Stage Singapore, an impressive weekend-long exhibition held every January at Marina Bay Sands. Here, discover for-sale works on display from more than 600 international artists, who mostly hail from the Asia Pacific region.

Much has been made of Gardens by the Bay since its debut in 2012—and rightfully so—though you won’t have to battle crowds to experience some of Singapore’s other stunning green spaces. At MacRitchie Reservoir, where 6.8 miles of well-marked trails snake through lush forests teeming with long-tailed macaque monkeys, hit up the 820-foot TreeTop Walk, a scenic freestanding suspension bridge. The Southern Ridges, an easy-walking system of trails stretching 6.2 miles along the island’s pretty southern coast, offers postcard-perfect panoramas from the peak at Mount Faber Park. And for an easy island getaway from the main island, head to Singaporean satellites Sentosa (family-friendly activities), Pulau Ubin (secluded cycling), or Kusu (picnicking and swimming).

Malls still dominate the retail world, but in recent years an influx of indie-minded merchants like BooksActually, Threadbare & Squirrel, and Cat Socrates have significantly reshaped and diversified the landscape. Ground zero for Singapore’s boutique renaissance is hip Haji Lane, a narrow strip of restored shophouses in Kampong Glam that’s home to more than 50 stylish fashion, accessories, and lifestyle shops.

Brian Spencer is a freelance writer and editor currently based in Singapore. He pens a weekly feature for the blog side of the award-winning travel zine Perceptive Travel.