Coronavirus Leila Najafi Want to Stay in Costa Rica for Over a Year? A New Law Might Help You
Home  >  News   >   5 Reasons to Go to Papua New Guinea Now

Crime and cannibalism may make headlines, but savvy travelers know there is much more to Papua New Guinea than meets the eyewitness news. The wealthy Pacific island has world-class scuba sites, diverse terrain spanning dense jungle to tropical fjords, extensive World War II heritage, and some 800 distinct tribal cultures. Two new cruise lines, Carnival and Silversea, are debuting PNG itineraries, and a spate of hotel openings will soon bring the capital’s hotel room count from 600 to 6,000. Before the crowds arrive, check out the hottest happenings on the other side of the world. 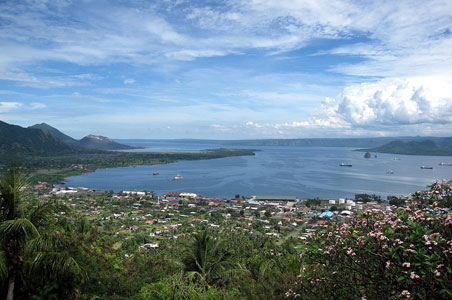 In Rabaul, a tropical island off the northeastern coast of Papua New Guinea, the breezy beach resorts along the Bismarck Sea have access to 30 year-round scuba sites with the highest diversity of fish and coral in the world. See up to five times as much marine life as on Caribbean dives, including Pacific pygmy seahorses and colorful nudibranchs, while swimming through barrier reefs, coral atolls, and an array of sunken Japanese and Australian aircraft and submarines from World War II. There are daily flights to Rabaul via Papua New Guinea’s capital, Port Moresby, and national carrier Air Niuguni launched a direct link from Cairns, Australia in July 2013.

Insider Tip: Want to get closer to the underwater action? Book a cabin on one of Papua New Guinea’s live-aboard dive vessels. MV FeBrina departs West New Britain’s waterfront Walindi Plantation Resort on chartered dive trips into Kimbe Bay, Father’s Reefs, and the Witu Islands throughout the year. Trips include accommodations, all meals, and several guided dives per day. 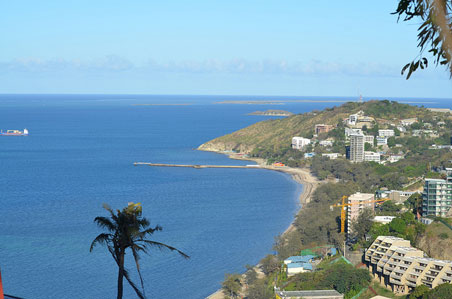 Papua New Guinea’s capital city and industrial center, Port Moresby, is hard to miss: its airport is the main gateway for international arrivals. Unfortunately, its tough reputation for crime keeps many travelers from exploring beyond hotel walls. But the city is rapidly evolving; tourism infrastructure is being improved and hotel rooms multiplying in advance of the Pacific Games, which the city will host in 2015. In the meantime, consider local attractions like the renovated Port Moresby Nature Park, which recently opened a new café, welcome center, and function space alongside its collection of indigenous animals, some 11,000 native orchids, and an aviary housing diverse birds of paradise within a former WWII military storage structure.

Insider Tip: Escape the urban sprawl with a daytrip out to Loloata, a 23-key island resort 15 minutes from downtown Port Moresby. Loloata has 30 moored dive sites, trails for day hikes, and equipment for kayaking and snorkeling. The resort can arrange transportation to and from the island via private ferry.

Rollin’ on the River 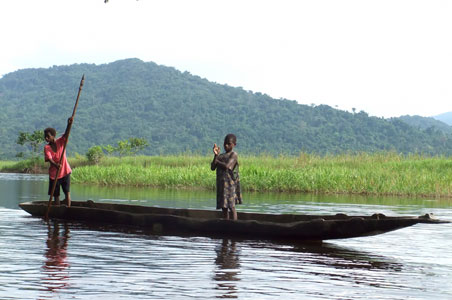 Art collectors and adventurers convene in Papua New Guinea’s East Sepik province, where independent tribes speaking some 250 languages maintain mysterious, millennia-old cultural traditions. Remote villages surround the 700-mile-long Sepik River, which is both the central “highway” for transportation within the region, and a major source of inspiration for the tribal artwork that brings collectors from Western Europe to its banks. Explore the region on a chartered motorized canoe, visiting remote villages, taking in musical performances, and meeting artistic communities unlike any other in the world.

Insider Tip: Villages are welcoming and the region is safe, but a guide is essential for navigating the Sepik’s varying cultural practices and crocodile-laden waters. Sepik Adventure Tours has knowledgeable guides and a tony reputation in the region for supporting local drivers and purveyors. Schedule at least two-three months in advance of planned travel for the best access. 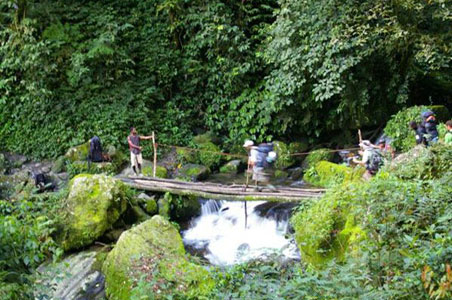 For history buffs who have already toured Normandy and the Black Forest, Papua New Guinea’s many WWII sites are a moving testament to the war’s global impact. The country’s pivotal role in the Pacific theater is commemorated throughout the island, but few experiences are as immersive as trekking the Kokoda Track. A major turning point in the 1942 battle between Japan and Australia, the 60-mile track traverses the forbidding Owen Stanley mountain range that divides the northern and southern regions of the island, and is a popular course for adventurous locals and visiting Australians. Customized trips are available through tour operators, and guides are necessary for security and access to the more remote camps and sites.

Insider Tip: Before you go, read Kokoda, by Australian journalist Peter FitzSimons. The book provides an excellent overview of the trail’s significance in both the Allies’ success and Pacific regional identity. 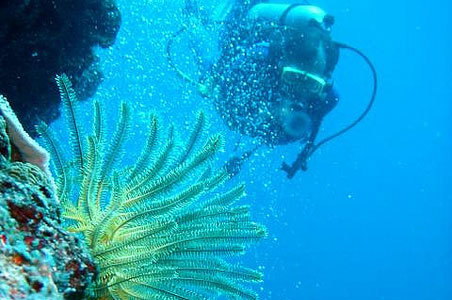 Called the “Scandinavia of the Tropics,” coastal city Tufi is home to one of only four tropical fjords in the world. Formed by ancient volcanic eruptions, the fjords are located on the eastern shores of Papua New Guinea, surrounded by 250 square miles of uncharted coral reefs on one side, and the peaks of the Owen Stanley mountain range on the other. Charter a fishing boat to bait wahoo and yellowfin tuna in the pristine Solomon Sea, then hit Komoa Beach for a homespun seafood barbecue. Or trek through the virgin rainforest to the top of Mt. Trafalgar, overlooking the white-sand beaches and untouched waterfalls of the fjords.

Insider Tip: Tufi Dive Resort has elegant accommodations overlooking the fjords and Tufi Harbour, and works with locals in the surrounding Oro province to arrange overnight stays in village guesthouses. There, travelers can learn how to create traditional tapa cloth, prepare nets for hunting pigs, or harvest sago, the starch grown in local palms.