When you board your flight to Albuquerque, it’s clear from the line-up at the gate that this is a destination unlike most others in America. Fashionable spa-seekers and new age hippies mix with white turbaned sikhs and military men. This place where the eclectic meets the open road is what they call The Land of Enchantment. Here are 5 reasons to experience it for yourself. 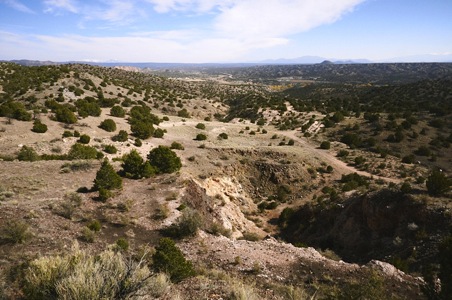 They say the mountains surrounding Santa Fe will either embrace you or spit you out. The sense of spiritual and creative energy here is very strong, but this is also a haven for high-end hotels, restaurants, and spas. Beyond the charm of the brown adobe houses and the southwestern art lay some experiences not to be missed. Art lovers will never get bored, and in this walk-able town, the Georgia O’Keefe museum is a standout.

You’ve all heard about the Canyon Road art galleries, but the real piece de resistance is experiencing the art of tea at the Santa Fe Teahouse. The owner, Rich, has brought over 140 varieties of greens, blacks, oolongs, and whites from around the world and a leafy outdoor courtyard makes for a civilized place to sip and unwind. Brunches are especially good, and the weekly Tea Tastings are a great way to indulge your palate. If you’re still hungry, check out another local favorite, Cafe Pasquales—it’s been serving seasonal organic food for over 30 years, and their James Beard award ensures you’ll leave happy. For the freshest Mexican food in town, family owned Tomasita’s on the edge of the hip Railyard District can’t be beat.

A few miles north of town, not far from the new Four Seasons Hotel, lies the stunning open air Santa Fe Opera House, sporting views of the Sangre de Cristo mountains that form a magical backdrop for each performance. 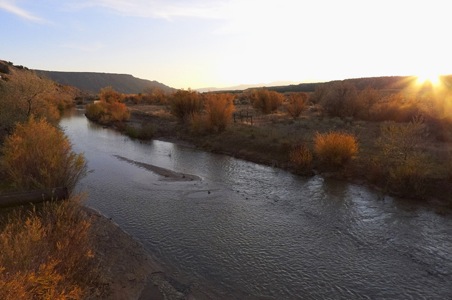 Ten Thousand Waves Spa is on every visitors itinerary, but for a more unique and earthy experience, head an hour north of Santa Fe to the hot springs at Ojo Caliente. This collection of geothermal mineral pools is used for treating particular ailments and is deemed sacred by the local Native American communities.

Northern New Mexico is known for its weavers and wood carvers, and the town of Chimayo is one gem worth seeking. El Santuario de Chimayo, a small adobe chapel that draws thousands of pilgrims each year for its pit of holy dirt, is believed to have miraculous healing powers for the injured and disabled. Don’t miss a homestyle meal at the family run Rancho de Chimayo. For the past 4 decades they’ve served carne adovada, sopaipillas, and the meanest bowl of guacamole in the west, and infuse their famous heirloom chiles, grown right in Chimayo, into almost every dish. 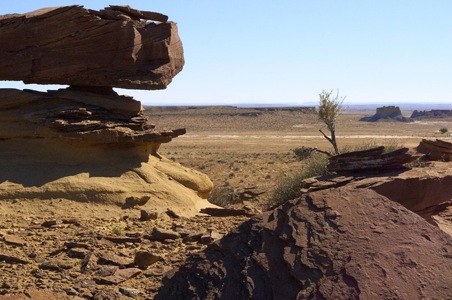 A stunning four-hour drive towards Four Corners will take you to Shiprock, and it’s well worth the trek. Shrouded in Navajo legend, this monolith has drawn geologists and photographers alike for years. If you’re headed down Route 371, the Bisti Badlands are home to alien rock formations called hoodoos. You may think you’ve landed on the moon, but don’t even think about visiting in the rain, as the entire area turns to quicksand. 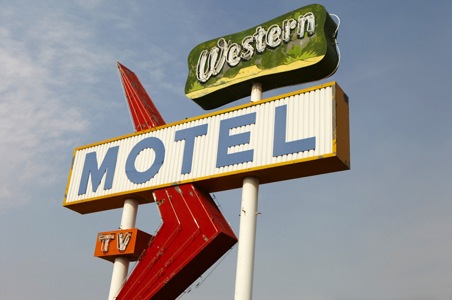 Driving through the desert is one of the best ways to experience the red, orange, and brown expanse of hills, flatness, and mesas of the southwest. And along the road from place to place, you’ll find pockets of Americana that seem straight out of a period film. Towns along Route 66 like Grants, Santa Rosa, and Tucumcari are a mecca for nostalgia buffs, but my favorite is Vaughn, a former railroad town of less than 500 locals whose old motel signs and roadside diners lead you back in time. Make sure you fill up your tank at every gas station you find, as the road might lead you for hours without a single sign of civilization.

The South’s Kitsch and Caverns 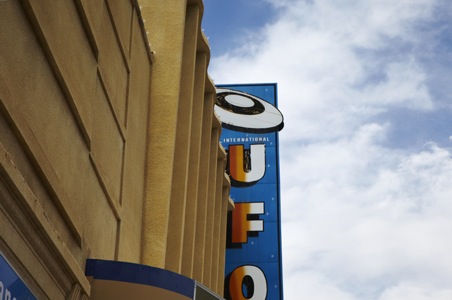 The road passing through Vaughn will lead you straight down to Roswell, where alien kitsch is king. Alien Zone on Main Street will give you photo ops with the little green men, and The UFO Museum down the street will leave no doubt as to where you’ve landed. As with everyplace in the downtown historic district, parking your spacecraft is never a hassle—just don’t forget your tin foil helmet inside.

Carlsbad Caverns is a two-hour drive south, and the bat cave is a must. Want to see the little vampires in action? Stay for the sunset bat flight, and enjoy late-night stargazing parties hosted by the park rangers. Driving through rolling hills on Route 82 is particularly scenic between Artesia and White Sands National Monument, the largest gypsum dunefield in the world. Along the way, The Lodge in Cloudcroft has great dining, and was a Victorian escape for early Hollywood stars and politicians. See for yourself whether it’s really haunted. 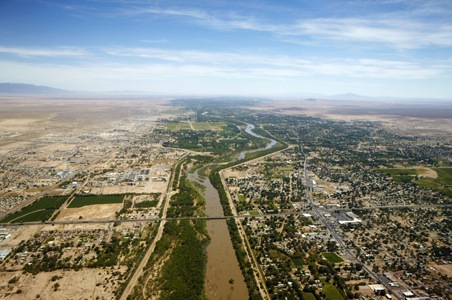 If you’re tired of rural life and long for the pace of the big city, complete your circle in the newly cool neighborhoods of Albuquerque. Eat your way through town starting at Holy Cow, a grass fed local NM burger joint in the up and coming Edo neighborhood by one of the long time waiters of the James Beard awarded Geronimo restaurant back in Santa Fe. Farm & Table in the city’s North Valley is another delicious hot spot with a patio overlooking their organic fields. For fine dining downtown near the hotels, Artichoke Cafe is a must. Check in to the Hotel Andaluz for a good night’s sleep. This beautifully restored Spanish and Moroccan style boutique hotel takes pride in being one of the greenest in the country. If you’re an early riser, Albuquerque is well known by hot air ballooning enthusiasts for its early morning rides. Take in sunrise over Sandia Peak and float back down to earth in style.