News Apeksha Bhateja Have $340,000 and Want to Vacation in a Survivalist's Paradise?
News5 Reasons to Go to Minneapolis Now

5 Reasons to Go to Minneapolis Now

Earlier this summer, The Trust for Public Land named Minneapolis the No. 1 city in the US for parks—besting New York City for the honor. Bolstering its reputation as one of the most livable cities in the country, Bicycling Magazine named it the No. 2 city in the country for getting around on two wheels (second only to Portland). Any fan of Garrison Keillor’s "A Prairie Home Companion" knows that boastfulness is viewed suspiciously in these parts, but there’s one thing Minnesotans are quick brag about: their beloved Twin Cities. And this is probably the best time of year to visit—when the summer heat starts to soften and fall is not far off.

Pick a Park, Any Park 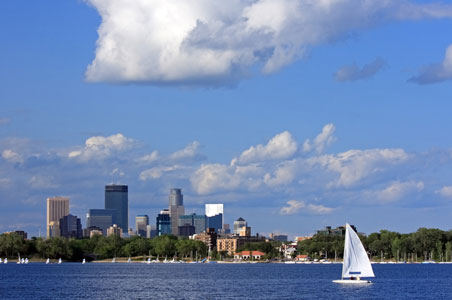 Fifteen percent Minneapolis’ 37,000 acres is parkland, and the crown jewels are the adjacent Chain of Lakes in the heart of the city: Cedar Lake, Lake of the Isles, Lake Calhoun, and Lake Harriet. Families fill its beaches and picnic tables in the summertime, and concert-goers pack the benches at the lovely Lake Harriett band shell. To the southeast lies the 193-acre Minnehaha Park, where the clear waters of Minnehaha Creek tumble over a 53-foot waterfall before joining the Mississippi River, just beyond. (Treat yourself to a glass of wine and fresh oysters on the deck of the Sea Salt Eatery, just steps from the falls.) Between downtown and uptown, Loring Park—adjacent to the Minneapolis Sculpture Garde—is a hub for festivals, films, and concerts. 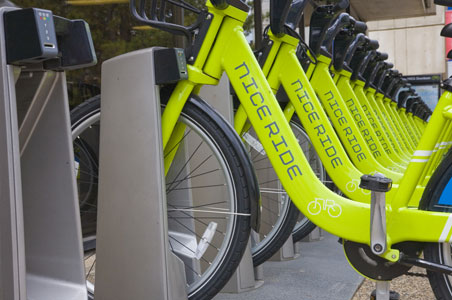 Minneapolis is heaven for bicycle commuters and casual cyclists, with 92 miles of on-street bike lanes and 85 miles of dedicated, bikes-only off-street trails. Its Nice Ride bike-sharing system launched in 2010, and $6 will buy you 24 hours’ service, with bike stations every few blocks (the smartphone app is particularly helpful for finding them). Two years ago, the city finished the 4.5-mile cross-town Cedar Lake Regional Trail—"America’s first bike freeway"—starting at the Mississippi, running under Target Field (home of the Minnesota Twins), and linking to the western suburbs. From Theodore Wirth Park you can hook up to the Luce Line and ride 65 miles west, as the back yards of wealthy suburbs eventually give way to rolling farmland. 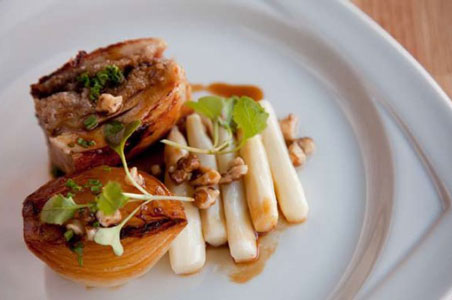 The restaurant scene has taken off, especially around the revitalized North Loop, where huge, old brick warehouses have been turned into lofts overlooking St. Anthony Falls on the river. The Bachelor Farmer honors the state’s Scandinavian heritage, with a changing menu that can include such delectables as pickled ocean perch with fennel, radishes, and preserved lemon on toast. Small plates rule at Piccolo, so mix and match dishes like scrambled brown eggs with pickled pig’s feet, truffle butter and Parmigiano with capon, lobster mousseline, English shell peas, and potato purée. For weekend brunch, nothing beats sitting on the patio at the Aster with a Minnesota malted waffle, watching the Mississippi roll by.

Visit the Other Twin City 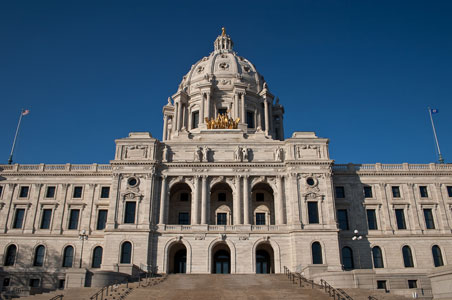 Across the river, St. Paul (the state’s capital) has done an outstanding job of preserving and restoring its grand old buildings, especially the gracious homes around the historic Summit Avenue area. Built by wealthy captains of industry and politicians, these Gilded Age mansions—where F. Scott Fitzgerald and Sinclair Lewis once lived, and the Minnesota governor lives today—line one of the longest stretches of Victorian residences in the country. Sign up for one of the 1.5-mile guided walking tours of this National Historic District, where you can visit the James J. Hill House, a five-story, 36,000-square-foot stone-cut Romanesque masterpiece. 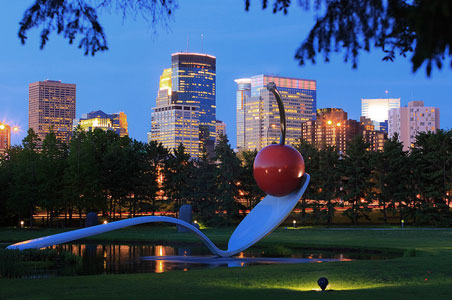 You don’t have to buy a ticket to visit the award-winning Guthrie Theater (celebrating its 50th season). The building along the banks of the Mississippi is itself is a work of art and worth the visit. Make sure to walk to the end of the "Endless Bridge," which juts a half-block out of the building toward the river. A few blocks away is the Brave New Workshop, the longest-running comedy improv theater in the country, and where former "Saturday Night Live" comedian Al Franken (now the state’s junior US senator) got his start. And stroll through the 11-acre Sculpture Garden adjacent to the Walker Art Center, one of the country’s largest urban sculpture gardens; it’s home to the iconic "Spoonbridge and Cherry" water sculpture, and artist/architect Frank Gehry’s 22-foot plate-glass fish.