Coronavirus Leila Najafi Want to Stay in Costa Rica for Over a Year? A New Law Might Help You
Home  >  News   >   5 Reasons to Go To Martinique this Winter

5 Reasons to Go To Martinique this Winter

Baby, it’s cold outside. As temperatures across the northern hemisphere drop to down-jacket-worthy lows, thoughts of white sands, warm temperatures, and the infinite pleasures of wearing fewer than four layers of clothing are all but unavoidable. This winter, consider making your escape to Martinique. With newly expanded air service, a major literary milestone, and some of the best rums in the region, this French-Caribbean island beckons. 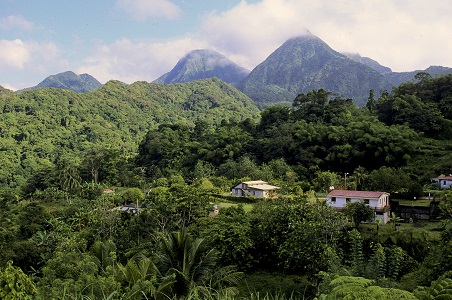 This year, Martinique celebrates the 100th anniversary of the birth of national poet and noted politician Aime Césaire. One of the founders of the négritude literary movement in 1930s Paris, Césaire also oversaw Martinique’s transition from a French colony to department in 1946, and served as mayor of the Martinican capital, Fort-de-France, for over 50 years. He passed away in 2008, but his memory lives on via the newly installed "literary path" at Route de la Trace’s Camp Balata, a 19th-century military fort turned mahogany-lined park where Césaire was known to wander. Follow up your visit with a trip to the Balata Botanical Garden, where 3,000 varieties of tropical flora and fauna stand as a living, leafy homage to Césaire, who was also an enthusiastic botanist.

For many travelers, when it comes to choosing which Caribbean destination to visit, it’s all about accessibility. Martinique is now poised to answer that call. In April 2013, American Airlines debuted the first-ever direct flights to Martinique from the mainland U.S. That weekly departure out of Miami International Airport proved so successful that, last month, the airline announced it will double its Martinique service to twice weekly through March 26, 2014. In addition, in June 2013, St. Croix-based Seaborne Airlines debuted four direct weekly flights to Martinique from San Juan‘s Luis Munoz Marin International Airport. 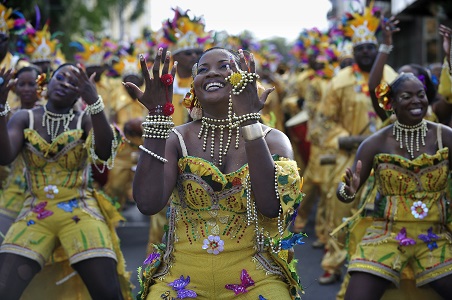 If the sounds of Martinique’s racy zouk music put a swerve in your step, go ahead and mark March 1–5, 2014, on your calendar. Martinican Carnival is a four-day celebration across the island, and the mix of French, Creole, African, and indigenous tribal traditions give the proceedings a tropical, transatlantic je ne sais quoi. Festivities include performances in traditional masks; a pajama-clad morning parade in Lamentin; countless street concerts by zouk, steel drum, and beguine bands; and a parade of burlesque drag brides. Because what happens in the Lower Antilles, stays in the Lower Antilles.

With 7,000 islands and hundreds of rum distilleries, the Caribbean has no shortage of spirit. Martinique, however, has the distinction of producing the region’s only appellation d’origine contrôlée (AOC) rums. AOC, which translates to "controlled designation of origin," is the French government’s prestigious label for terroir-driven, gourmet products like Champagne or Roquefort cheese. Martinican rums are made directly from the island’s indigenous sugarcane, resulting in some the purest rhum agricole around. Thirsty for proof? Head to Habitation Clément, a 125-year-old distillery in the coastal town of Le Francois, where visitors can spend the afternoon exploring the grounds, which include a Creole mansion, a 4,800-square-foot contemporary arts center, and a brightly lit tasting room where friendly staffers pour samples of the world-renowned Rhum Clément.

Unlike some Caribbean resort vacations, where travelers can feel confined to one swatch of land, Martinique’s location makes it an excellent jumping-off point for day trips and overnight visits to neighboring islands—without high-season airline prices. L’Express des Iles is a ferry service with multiple daily departures between Fort-de-France, Martinique, and Castries, St. Lucia, or Portsmouth, Dominica. Trips run about 90 minutes to two hours each way, so bring a book and some sunscreen, or tune into the French films screened on board. Be sure to check L’Express’s website for schedules and to purchase tickets in advance. Bon voyage!