News Sorrel Moseley-Williams The New President of Chile Has Chosen a Very Unusual Place to Live
News5 Reasons to Go to Lanai, Hawaii

5 Reasons to Go to Lanai, Hawaii

The sixth-largest island in Hawaii, Lanai is not the most tourist-heavy of the group. Compared to the other islands like Oahu and Maui, there’s just not much to do. Even locals will tell you not to spend more than two nights. But that’s the beauty of this island—there’s absolutely no pressure, no crazy nightlife, and nothing but nature. In fact, visitors love Lanai’s super "retro" Hawaii appeal.

But change might be on the horizon… Lanai was purchased last year by Oracle founder Larry Ellison, who now owns 98 percent of Lanai and is slowly shaping up the island to have more allure. So whether you go now to discover it pre-development, or later to explore the new digs, the island is a must. Here are five things you’ve got to include on your itinerary. 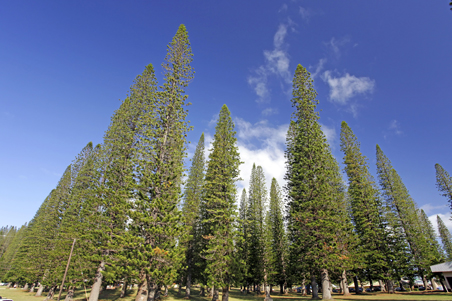 The sprawling Dole Park is practically the "pulse" of the town and walking distance to the handful of restaurants and shops that line it. Just in the past few months, Ellison has put benches and tables in the park, so it’s not unusual to grab a bite to go, and eat it outdoors. Dole Square is a great spot to meet some friendly locals (the island has only 3,000 residents) and discover old Hawaii as there are no traffic lights, no corporations, and tons of aloha spirit.

Garden of the Gods 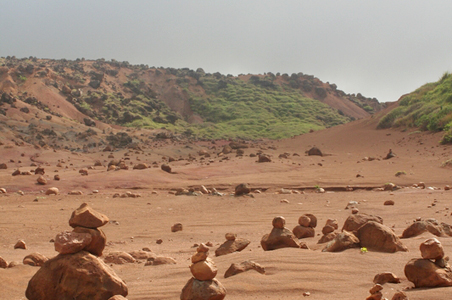 Despite its lush-sounding name, Garden of the Gods is not green at all. Its red dirt cliffs are made of million-year old rock formations and boulders. The vantage point here is that you can see all the other islands (excluding Kauai) from the cliffs. The best time to arrive is around sunset: the way the sun hits the soil brings out a cool hybrid of colors in the rocks. On your way out the dirt path, make sure you note the Monkey Paw Pine Tree, the only one of its kind in the Hawaii islands and a mystery as to how it even got there. 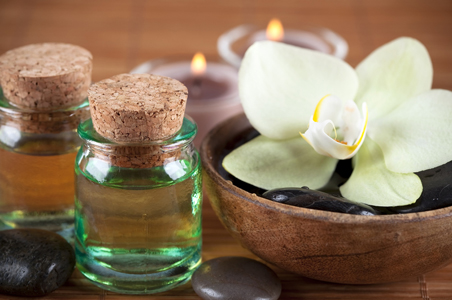 Most activity on the island centers around the Four Seasons Resort Lanai at Manele Bay, thanks to its prime location. While at the resort, book a custom demi-blend perfume experience. Anje Perfumery, notable for their chemical-free fragrances and rare oils, works exclusively with the resort to custom-make fragrances. Visitors answer a series of scent-related questions with a staff member, sample a variety of scents, and finally blend their own bottle they get to take home with them. 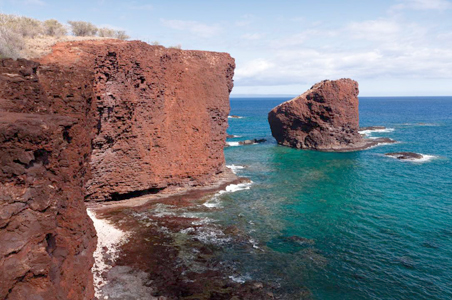 There’s a Hawaiian legend behind Shark’s Bay (or Shark’s Cove) that involves a Hawaiian princess who was buried in the heaping stacks of rocks in this natural-made phenomenon by a jealous boyfriend who was responsible for her death. Her remains are said to be there today in a natural landscape known as Pu’u Pehe, or Sweetheart Rock. Whether you believe the story or not, Shark’s Bay is a incredible sight to visit, a cliffside natural landscape that’s awe-inspiring, with crashing waves and a thrilling, short hike to the top. Afterward, relax on Hulopo’e Bay, one of the most popular beaches on the island with a tidal pool and plenty of surfers riding the swells. 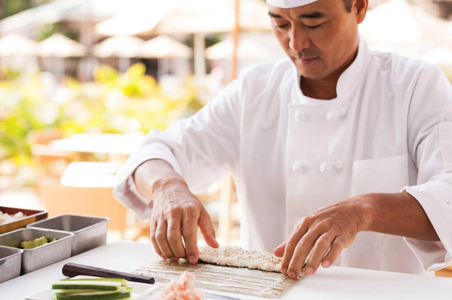 The finest restaurant on the island is easily Nobu at the Four Seasons. Of all the Nobu restaurants, this one has constantly impressed visitors (rivaling Nobu Malibu’s outstanding views) for its views harboring the resort and Hulopo’e Bay, and a culinary experience unmatched on the island. Service is efficient and top-notch (yes, even in laid-back Lanai!) and the casual cool environment keeps it up to Nobu’s atmospheric standards. Opt for the chef’s menu, which highlights the best dishes on the menu.