Coronavirus Leila Najafi Want to Stay in Costa Rica for Over a Year? A New Law Might Help You
Home  >  News   >   5 Reasons to Go to Istanbul in Winter

5 Reasons to Go to Istanbul in Winter

With its glamorous waterways and millennia of history, Istanbul is a stunner in any season. Still, savvy travelers skip the summertime throngs to find the city humming with centuries-old traditions, innovative attractions, and nonstop local energy. Here are five ways to get in on the action this winter. 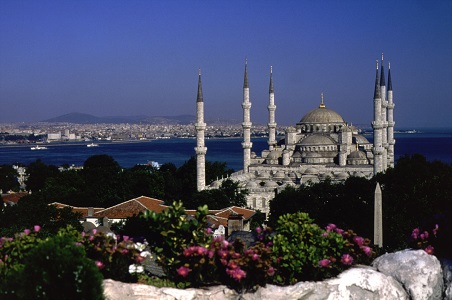 Istanbul’s bustling cruise port receives over 600,000 visitors per year, and its main terminal, Karakoy Yolcu Salonu, is just minutes from historical sites like the Blue Mosque and Aya Sophia. During high season, from April through October, enthusiastic cruisers crowd these attractions, resulting in 45-minute-long queues to enter Topkapi Palace and claustrophobia-inducing tours of the underground Basilica Cistern. Thankfully, the maritime masses all but disappear during the winter months. From December to March, the lines for the Blue Mosque rarely exceed 10 minutes, and hagglers in the Grand Bazaar are more likely to be Turkish grandmothers than camera-toting cruisers.

A global trade and transit hub since the 5th-century BC, this continent-straddling capital of culture is now more accessible than ever. National carrier Turkish Airlines has direct flights out of New York City‘s JFK airport starting at $500 round-trip, plus a newly renovated, 32,000-square-foot business class lounge at Istanbul’s Ataturk Airport. The carrier has also begun accepting reservations for its inaugural Boston-Istanbul route, which will launch in May 2014. In the meantime, upon arrival, urbanites can dodge Istanbul’s notorious traffic and navigate the Bosphorus with ease via the new Marmaray. This 8.5-mile underwater tunnel connects the European and Asian sides of the city in less than five minutes. Originally proposed by an Ottoman sultan in 1860, the Marmaray finally debuted in October 2013.

Thirsty travelers, take heart. Following the September harvest of their stellar regional wines, including ancient varietals like Okuzgozu and Kalecik Karasi, Turks turn to a classic winter warmer called salep. Akin to Anatolian eggnog, it’s made with milk, sugar, cinnamon, and salep powder, a sturdy thickening agent made from finely ground mountain orchids. A cold-weather mainstay, salep is found pretty much everywhere in the coming months: street vendors push copper barrels of the stuff through the streets of Sultanahmet, ferries on the Bosphorus serve it alongside ubiquitous cups of black Turkish tea, and charming Beyoglu cafes like Peranostra pour it into steaming porcelain mugs all winter long. 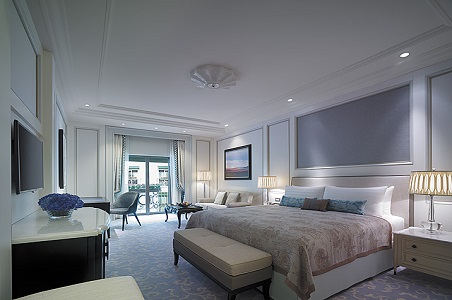 Earlier this year, several hoteliers set up shop in Istanbul. Mama Shelter, Philippe Starck’s quirky-cool budget brand, opened in the Beyoglu neighborhood in March 2013, and the superlative Shangri-La Bosphorus debuted 186 rooms, two fine-dining restaurants, and a CHI spa in posh Besiktas in May 2013. Availability (and considerable savings) abound in the winter months. At the Shangri-La in January and February, rates for a Deluxe Room with a French balcony and complimentary Wi-Fi start at $345/night. At Mama Istanbul, three-night stays in a Luxe Double Terrace room, including breakfast, late checkout, and complimentary minibar, run from $150/night through February 28, 2014. And stay tuned for promotional opening rates from newcomer Raffles Istanbul, scheduled to open in the first quarter of 2014.

Ain’t no party like an Istanbul party, because the nightlife here is legendary. In the winter months, the open-air club scene is replaced by insider’s favorites like the private room at Ulus 29. This swish, waterfront restaurant in Besiktas transforms its side room into a thumping nightclub on Friday and Saturday nights. In the Beyoglu district, when the temperatures drop, popular rooftop restaurant Nu Teras moves the party to the ground floor, and reopens as the intimate dance club Nu Pera.