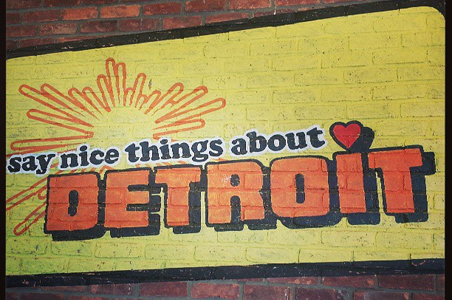 "Detroit just needs a little love," said the waitress chatting with my husband and me at Baker’s Keyboard Lounge on 8 Mile in Detroit. The beleaguered city doesn’t get much love. But it’s time to replace the images of crime and strife with one of the grassroots spirit sweeping the city.

Michigan’s son Henry Ford famously said history is bunk. Real history, he said, was made by ordinary people doing extraordinary things who changed the world. Now that hundreds of thousands have bolted the Motor City, the ordinary souls that remain are leading an extraordinary charge to re-invent their town.

Yes, problems persist. Abandoned buildings mar the gorgeous Art Deco cityscape. Graffiti is abundant, and working streetlights are sparse in some neighborhoods. And we’ve all heard about the crime. But a growing few are defying the odds with some really cool projects that make this an exciting time to visit. 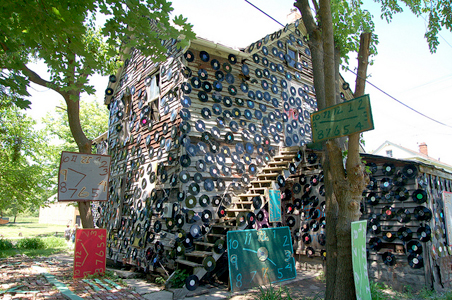 While headlines scream about threats that the DIA may face an art sell-off to pay Detroit’s creditors, dedicated staff are making this outstanding museum worth a trip. Beyond the important works of art, like the first Van Gogh in a public US museum and a Diego Rivera fresco, the museum draws crowds for events like Friday Night Live, when you can take in live music ande dine on tapas in their stunning, just-renovated Kresge Court.

Don’t miss the Heidelberg Project, a groundbreaking outdoor art project where the houses themselves stand as works of art. Less famous but equally intriguing are the compelling "Iron Teaching Rocks How to Rust" installations outside the MBAD. 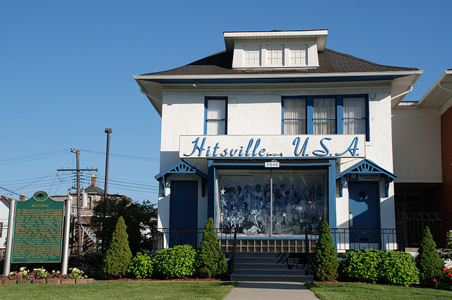 The Motown Museum is the perfect introduction to the glory days of soul born in a city now synonymous with the sound. Singing along with visitors inside Studio A, where cherished stars recorded their biggest hits, will give you chills. But it’s a museum. To really step into living history, head to Baker’s, the world’s oldest jazz club. Slide into a tiny booth under your date’s arm for a night of good for the soul jazz and food. 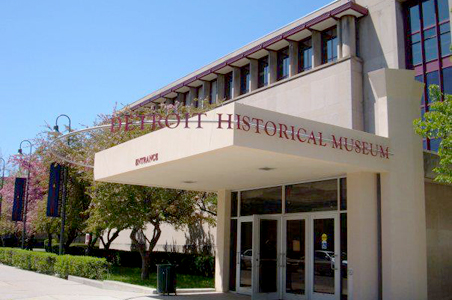 Experience American history through the lens of this pivotal player: Visit the free (newly renovated) Detroit Historical Museum for an understanding of the city’s backbone. Explore the fine Dossin Great Lakes Museum to put the region into its context as a waterfront. And plan a full day at the exceptional Henry Ford Museum and Greenfield Village. Forget any notion of a dusty car collection. You can take a seat in Rosa Park’s bus, try building a Model T, and wander among massive steam engines that changed the course of history. 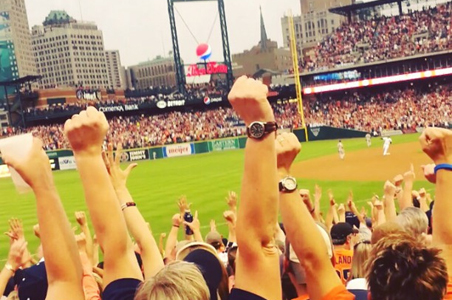 Detroiters are nothing if not loyal to their beloved teams. Join a crowd in the open-air, downtown Comerica Park for a Tigers game. You can munch on Cracker Jacks, admire the skyline, and cheer on the 2012 American League champions. If basketball, football, or hockey’s more your thing, you’re covered there, too. Or check out some more obscure sports: ever tried feather bowling? And then there’s "fowling." An under-the-radar club can be found—just ask one of the friendly locals you’ll meet around town. 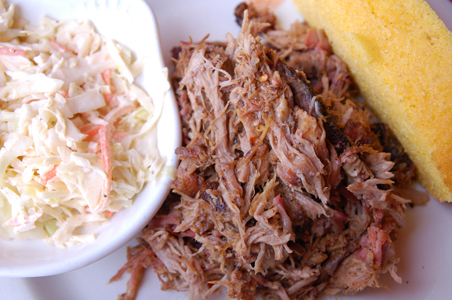 I skipped the iconic Coney dog this trip because there is too much happening on the culinary front. From the historic Eastern Market, where 40,000 people gather on Saturday mornings for artisanal foods and local produce, to the gourmet sliders (and $3 cocktails!) at the oh-so-cool 70s time capsule of Green Dot Stables, you could spend a whole trip just eating your way across the city.

Detroit’s food scene is an irresistible mix of blue collar comforts (think budget-friendly drinks at the city’s oldest saloon, Jacoby’s, or $3 slices at Supinos Pizzeria), progressive American cuisine (like The Whitney mansion), and global fare. The immigrants who’ve poured into this city gifted it with a legacy you can taste today. Find south of the border goodness in Mexicantown, Italian American fare at Detroit’s oldest restaurant Roma Cafe, and Greek grub in Greektown only the beginning.

Coffee-lovers shouldn’t miss Roasting Plant where futuristic tubes send your bean selection on-demand to the grinder or Astro Coffee for the best espresso in town. Don’t leave before you have a one of the hundred-plus cocktails at Sugar House. And everyone says you should go to Slow’s BarBQ. They’re right. Get there early (before they open!) if you want a seat.

In fact, take that approach with Detroit. Once word gets out that Detroit is the place to be, you’ll have missed the best part. Show the city some early love and you’ll have a front row seat for one amazing comeback.

With a central location in a glamorous, historic building, the Westin Book Cadillac is the place to stay. Tip: Rates are lower on weekends. Ask for a room facing the street for more light and better views.