News Ronny Maye Should You Cancel Your Vacation to an Area Impacted by a Natural Disaster?
News5 Reasons to Go to Colorado this Summer

5 Reasons to Go to Colorado this Summer

Colorado evokes images of snow-capped peaks and knee-deep powder, but when the snow melts and the chairlifts shut down for the season, the Rocky Mountain State offers just as much adventure and excitement…without all the crowds.

Summer is the best time to experience the state like a local, by trading in the skis for hiking boots and bikes and hitting the trails. Festival season also provides the opportunity to head outdoors to soak up the mountain sun with some cold brews and summer tunes. 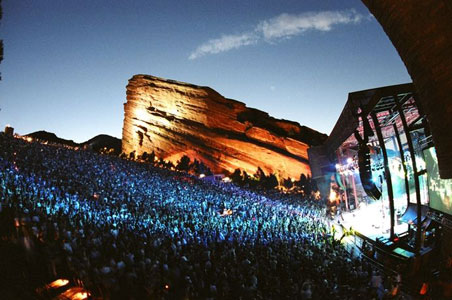 When the weather heats up, Colorado combines two of its greatest features—music and nature. Arguably the most beautiful music venue on earth, Red Rocks Amphitheatre hosts some of the world’s greatest talent on a stage sandwiched between two 300-foot sandstone monoliths to create unmatchable natural acoustics. Top-notch artists also head to Mishawaka throughout the summer to play in an intimate setting on the Poudre Canyon in Bellvue, just west of Fort Collins. For the last four decades, music lovers have been jamming in the San Juan Mountains at the world famous Telluride Bluegrass Festival. This year, the 40th anniversary will take place June 20-23. 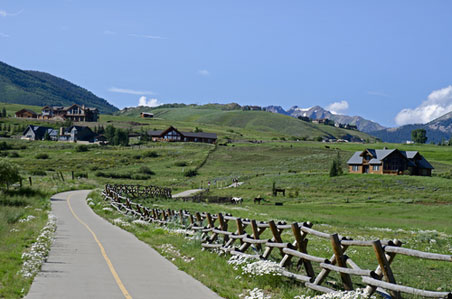 The disappearance of snow means fat-tire bikers can finally hit the trails and pedal way off the beaten path. Colorado is one of mountain biking’s meccas, and the 500 miles of trails in Crested Butte—home of the Mountain Biking Hall of Fame—offer some of the best terrain in the country. Hardcore adventurers can revel in the stunning vistas along the 500-mile Colorado Trail, which winds from Durango to Denver. 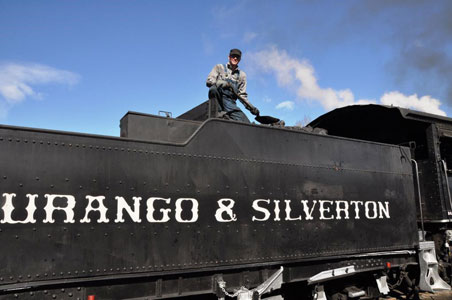 Colorado’s railroads combine history with majestic scenes of the Rockies. Ten antique trains traverse gushing rivers and ride along hairpin turns. The coal-powered Durango and Silverton Narrow Gauge Railroad combines the best of both worlds, winding around stunning canyons along the Animus River as the steam locomotive travels through old mining towns and past ruins of mining camps. The open-air gondolas also let you enjoy the fresh mountain air. Few places in the US have more diverse landscapes than Colorado. From forested mountains to gushing canyons and otherworldly mesas, the Rocky Mountain State has it all. The state’s four national parks exemplify the landscapes of the state’s different regions. Whether hiking past the mirror lakes in Rocky Mountain National Park, running down the rolling dunes of Great Sand Dune National Park or gawking at the perplexing cliff dwellings of the Pueblo people at Mesa Verde National Park, Colorado’s nature is awe-inspiring. 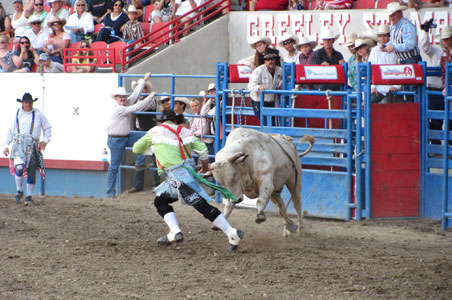 Festival season comes into full swing as the days get longer, and Colorado offers something for everyone. And there’s more than just music to celebrate here; the state that fuelled the US craft-brewing boom has a wealth of beer festivals throughout summer, the biggest of which is Denver’s Epic Beer Festival on June 28 and 29, which features more than 300 beers from more than 120 craft breweries from around the country. Fibark, the US’s longest-running white water festival, epitomizes Colorado’s extreme side with a series of intense river races on June 12-16, and the Greely Stampede lets visitors get in touch with their inner cowboy on June 27-July 7.