5 Reasons to Go to Cartagena Now

Things I do not do at home: wake up in the morning sashaying to a salsa beat, befriend a toucan before I’ve had a cup of coffee, or eat ceviche that was plucked from the sea at dawn. These are things I do in Cartagena de Indias, the historic walled city on the Caribbean coast of Colombia.

Following the advice of a Colombian friend, I also sank my teeth into every exotic fruit I could find and strolled along the fortified wall that wraps the historic city at sunset. Beyond these classic reasons to visit Cartagena, there are some new ones too. Transportation is easier, local chefs are bringing world knowledge back home, art is flourishing, and careful restoration has brought new life to the city’s intriguing history.

Here are 5 reasons to put Cartagena at the top of your travel wish list. 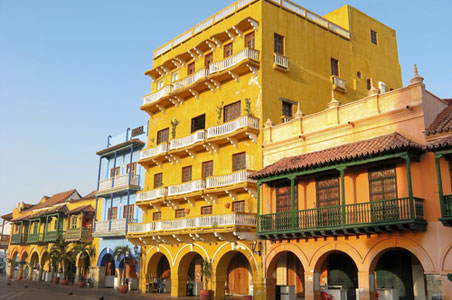 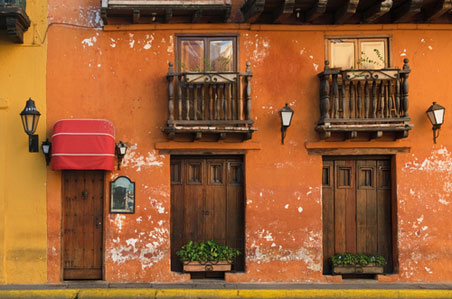 The colorful streets of Cartagena tell stories, but many more tales are waiting behind intricately carved wooden doors. The Sofitel Santa Clara was once a convent dating back to 1621 before beigng transformed into a hotel, which now offers enchanting glimpses into the building’s history. You can walk over an original (now glass-covered) well during breakfast or descend into a crypt between salsa dances at El Coro Lounge Bar. Three colonial heritage buildings were combined to form Casa San Agustin, a new boutique hotel. Here you can swim beneath original archways in a pool en route to the bar. 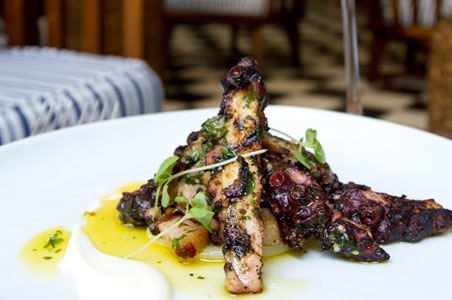 Juan Felipe Camacho, native Colombian, was studying to be an engineer when his focus shifted to food. This passion pushed him to culinary school in San Sebastian, Spain where he went on to work at acclaimed restaurants like the Michelin-starred Arzak. He brought all of that knowledge back to Cartagena and the kitchen of Donjuan, his stylish and comfortable bistro with black and white checkered floors and tall shelves filled with South American wines. Four years after opening the doors of Donjuan, the 35-year-old chef expanded next door with a new restaurant named after his wife, Maria, in partnership with Chef Alejandro Ramirez. This casual little sister is a trendy spot for cocktails spiked with local fruits and tasty plates to share. 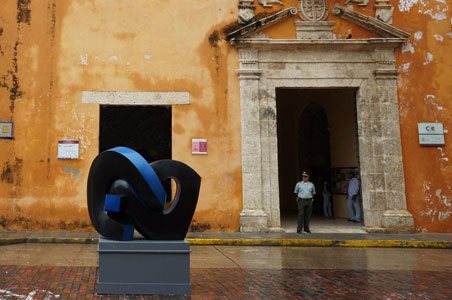 New galleries and festivals have become staples in the art scene in Cartagena. In January 2013, the Hay Festival Cartagena—a celebration of visual arts, literature, cinema, and music—brought artists and writers from two-dozen countries to this coastal city. A huge success, this festival is already being planned for 2014 (January 30-February 2). Outside of festivals, it is well worth your while to engage with local arts. At NH Galeria, steps from Cartagena’s historic wall overlooking the sea, work by local artists shares the space with pieces by internationally renowned artists. Expect everything from photography to painting to sculpture to installation. The Training Center of the Spanish Cooperation (Centro de Formación de la Cooperación Española) has a range of exhibits, including a striking collection of large format photographs depicting poverty in the Americas by Andy Goldstein on display recently.

A Growing Love of Wine 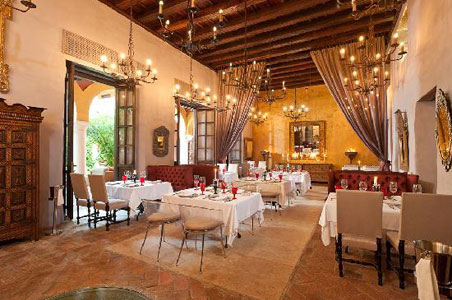 Local beers and spirits-based drinks have long won the hearts of locals in Cartagena, but an interest in wine is growing too. Now you can learn about South American grape varieties while tasting a range of whites and reds at venues throughout the old city. At the Sofitel’s Restaurante 1621, the in-house sommelier, Oscar Santos, arranges tastings once a week (Wednesdays at 6.30 pm) in the original refectory of this former convent where nuns once ate their meals. Sibaris Wine Bar is a wine cellar with tables tucked beneath historic brick arches perfect for sipping wine and nibbling on small plates. At these restaurants (along with Donjuan and Maria) wine is not an afterthought of the menu, but a purposeful component.

Insider Tip: If you plan on taking taxis, always find out the approximate fare in advance. Ask at the hotel, restaurant, or bar for an idea of the cost to make sure you aren’t overcharged by a meter-free taxi.