In a city of superlatives, it’s little surprise that New York City boasts plenty of excellent spas, though many of them offer a rather humdrum menu of predictable services like standard facials and massages. Happily, however, for those who like to spice up their spa time some, there are a growing number of unique services being added to the mix. Here’s a rundown of our five standout spa treatments with a twist. 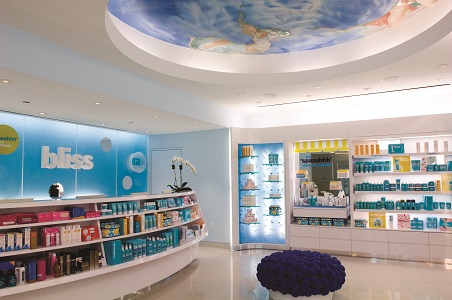 An anchor of New York’s spa scene since it opened in SoHo in the 1990s, Bliss‘s latest offering is also one of its most unique. For starters, you keep your clothes on for this interactive treatment, in which muscles are stretched, pulled, and rotated, with results similar to a good massage. Treatments are customized for each client to focus on the specific muscles that need attention.

It might seem counterintuitive, but exposure to freezing cold—even during the winter, when it can leave your face feeling taut and dry—can actually be good for your skin, at least in the context of this recently launched facial at Midtown’s popular Peninsula Spa. The treatment incorporates facial moisturizing products like a freezer-stored serum and a refrigerated mask, with the goal of extreme firming and lifting. Although their application gives off an unusual sensation at first, the cold elements of the treatment are actually quite invigorating.

Insider Tip: Show up early to allow time for relaxation in the spa’s steam room and sauna.

3. Ayurvedic Experience at the Spa at Mandarin Oriental New York 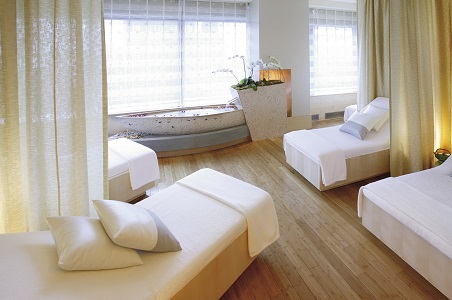 The Mandarin Oriental‘s massive spa is even more popular with locals than guests, and this three-hour treatment exemplifies why. It’s an immersive Ayurvedic treatment from beginning (with a traditional foot cleansing to determine one’s dosha, or body and mind type) to end (with a shirodhara, when warm oil is poured over the "third eye" on the forehead). There’s an authenticity to the experience that you’d expect to find in India, not Midtown Manhattan, with a touch of spirituality that’s unusual in a luxurious hotel spa.

Insider Tip: Book early, and on weekdays if possible—this spa’s one of the most popular in the city.

Although AIRE Ancient Baths are located in the stylish TriBeCa nabe, this unusual spa feels more like something plucked from a medieval castle from a small European town. After checking in, guests head down to the basement to spend a couple of languorous hours soaking in a series of massive, deeply filled tubs, each brimming with water heated to varying temperatures. AIRE’s most salient offering is its Red Wine Ritual, a half-hour soak in a tub of red wine imported from Spain, followed by a four-handed massage (with two aestheticians) using wine oil essence.

Insider Tip: Come on Tuesday or Friday nights, when a classical flamenco guitarist performs in the cavernous space.

5. Two-Day Treatment at Shibuya Spa at the Greenwich Hotel 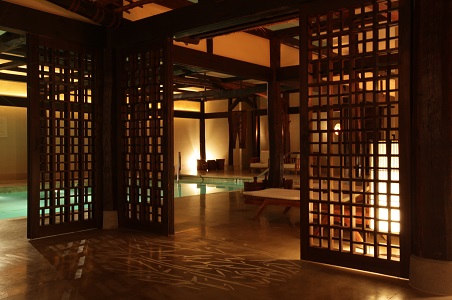 In a city that’s as vibrant as New York, some visitors are hard-pressed to find enough time for a spa treatment, but this one—which, admittedly, requires some commitment—is worth it. Set at the Shibuya Spa in the Greenwich Hotel, the two-day process begins with a poolside yoga class and Eastern-influenced massage on day one, and, the next day, guests return for part two: a choice of a newly launched massage (one based around herbal poultices, the other a bespoke mix of bodywork), followed by a deeply hydrating facial.