Native Midwesterners often joke about “the six weeks of summer,” but the season of warmth actually stretches much longer than this, and one thing is for certain: towns in the Heartland celebrate summer very well. There’s no better place to relax in the sun than these charming, quaint towns that exude Americana. Upon arrival, expect to be lured in by adorable antique shops, cute cafes, beautiful bakeries, and amazing art galleries. Here are five of the best. 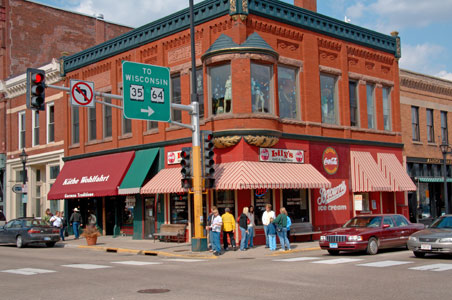 Getting There: 50 minutes from Minneapolis-St. Paul (via car) 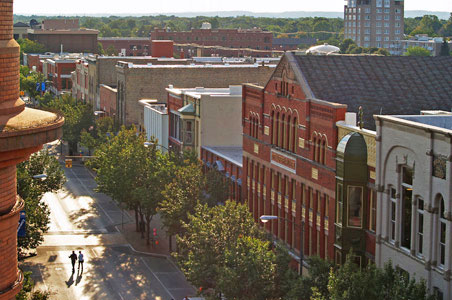 Among Traverse City’s several wine-tasting rooms is one owned by Madonna’s family, Ciccone Vineyard & Winery. It would be a crime to leave without biting into locally grown cherries. Downtown Traverse City features a dozen or so art galleries plus cute shops like Two Bays with über-cool souvenir T-shirts, and fine-dining eateries are always a stone’s-throw away. Sleeping Bear Dunes National Lakeshore is just 25 miles west of Traverse City. Or, stay local and enjoy the view of Grand Traverse Bay.

Where to Stay: Chateau Chantal is a French-inspired bed-and-breakfast 12 miles from Traverse City and on a vineyard.

Getting There: 4 hours from Detroit (via car) 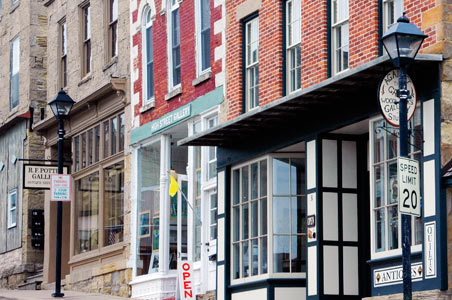 As a quintessential artsy town in Wisconsin’s Driftless Region, Mineral Point’s nine antique shops sell everything from antiquarian books (Foundry Books) to Native American textiles (Tunestam’s Antiques). Handmade apparel is sold at Simply Scarfs and Artful Apparel. Knitters might enjoy dropping by Alpacas of Prairie Station or Red Horse Farm for fleece and yarn from local alpacas. A Wisconsin craft beer or wedge of artisan cheese is available at a number of places, including Brewery Creek Brewpub.

Where to Stay: Brewery Creek Inn, with five rooms in a three-story limestone building (plus two guest cottages), is among the town’s largest. A brewpub is on the ground floor serving comfort food-inspired dishes.

Getting There: 2 hours from Milwaukee or 3 hours from Chicago (via car) 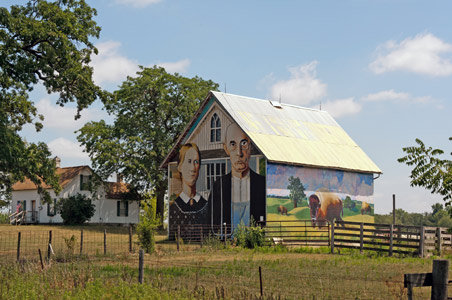 This town of only 4,500—a half hour from bustling Iowa City, where the University of Iowa is—is home to Cornell College and a James Beard Award semifinalist, chef-owner Matt Steigerwald at Lincoln CafÃ© & Wine Bar. To work off a decadent dinner at Lincoln Café & Wine Bar, which might include wild King salmon with Bloody Mary tomatoes or buttermilk-fried quail, hike in nearby Palisades-Kepler State Park. Though tiny, downtown Mount Vernon has an espresso café (fuel), flirty antiques shops (Alice’s Wonderland and Polly Ann’s Antiques) and a Fair Trade boutique (The Purple Elephant).

Where to Stay: Abbe Hills Bed & Breakfast is one mile from Mount Vernon on a historic farmstead, offering a wide front porch with rocking chairs and three themed bedrooms.

Getting There: 3.5 hours from Chicago 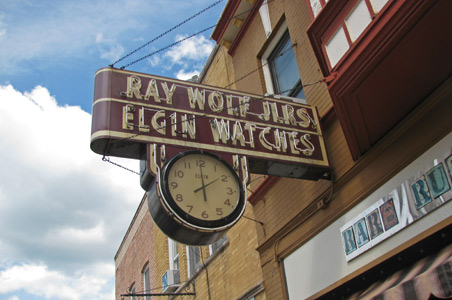 With a downtown artfully arranged around a historic town square—where, on Saturdays, a farmer’s market is in full swing—it’s easy to find crêpes of many kinds (La Petite Creperie), a good read (Read Between the Lynes, a bookstore), or shabby chic refurbished antiques (Rare Rubbish). If you think you’ve seen Woodstock before, you probably have: in the 1993 film “Groundhog Day” when the town morphed into Punxsutawney, Pennsylvania during filming.

Where to Stay: Bundling Board Inn is a three-room bed-and-breakfast in a Victorian home three blocks from the square.

Getting There: 1 hour and 15 minutes from Chicago (via car or Metra train)