The poet William Wordsworth called the English Lake District “the loveliest spot that man hath found,” and he called it home. So did Peter Rabbit author Beatrix Potter. Sir Walter Scott was said to have enjoyed parties and regattas at an estate on Lake Windermere. And when Elizabeth Bennet is offered a trip to the Lakes in Pride and Prejudice, she responds, “What delight! â€¦ What are men to rocks and mountains?”—although poor Lizzy had to settle for Derbyshire and Pemberley. Whatever your reading tastes, you’ll find a literary path in the English Lakes. Here are five, all of which can be reached from charming Ambleside. 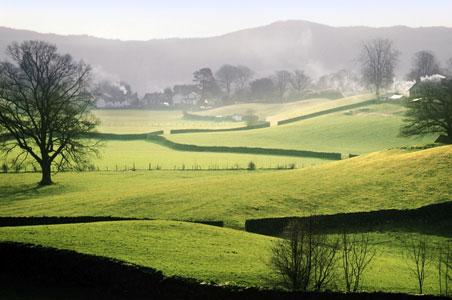 Putter around Beatrix Potter’s Place. No one deserves more credit for the preservation of the Lake District than Beatrix Potter, who painted and wrote the places and critters of her neighborhood into her children’s books. She was a champion sheep-breeder who left 4,300 Lake District acres—60 individual properties—to the National Trust. Hill Top Farm and its gardens are open to the public, with only a few folks allowed into her home at once. A walk through the small town of Near Sawrey reveals the Tower Bank Arms from The Tale of Jemima Puddleduck and the house that was Ginger and Pickle’s store, among other fictional Potter sites. A path north from town leads to Potter’s Moss Eccles Tarn, where she and her husband rowed on summer evenings.

For the Best View: Have tea on the veranda at Ees Wyke Country House where you’ll find stunning views of Esthewaite Water, Potter’s favorite of the lakes. 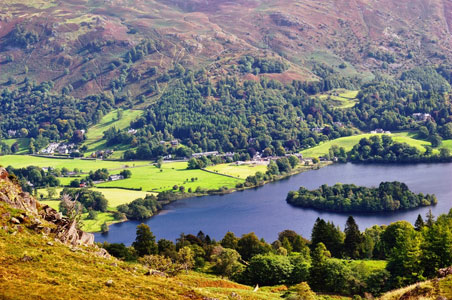 An All-Wordsworth Wander. Wordsworth’s inspiration for poems including “Daffodils” come from the area near the two homes he had there. His grave in St. Oswald’s Churchyard in Grasmere is a short walk from Dove Cottage and its gardens. Wander from there “lonely as a cloud” across the “Coffin Road”—a scenic footpath where coffins were carried by hand from Ambleside to the cemetery—on to the swankier Rydal Mount, where Wordsworth lived his last decades. There, enjoy cream tea or delicious hot chocolate from The Old School Room Tea Shop at a table in Wordsworth’s own gardens.

For the Particularly Energetic: Begin and end the day at Rydal Mount by adding a hike around Rydal Water and Grasmere Lake. 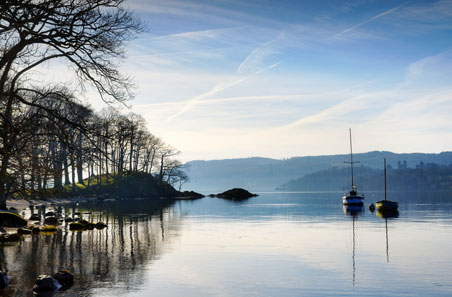 Sir Walter Scott, Lord Tennyson, and Hercule Poirot on Lake Windermere. Lord Tennyson, on a calm day in May of 1835, recited lines from “Morte d’Arthur” to friends on Lake Windermere. You might start a day on this literary lake with tea on the terrace at Lindeth Howe, where Beatrix Potter’s parents lived. Afterward, ferry across Windermere and wander the shore northward through the Crier of Claife-haunted woods. The footpath nears Belle Grange, where Sir Henry Seagrave died on the dining room table after breaking the world water speed record—a record Agatha Christie’s fictional Charles Arundell attempts in the BBC’s “Dumb Witness.” Further on, Wray Castle—a folly built by the husband of a gin heiress intent on squandering her fortune—marks where Potter first began to paint. Catch the public launch from its pier back to Ambleside to enjoy sunset from the waterfront benches.

If You Aren’t a Hiker: Enjoy a Lake Windermere cruise, or rent a boat at Low Wood Bay Watersports Centre. If you set sail yourself in summer months, stop in at Storrs Hall—the Georgian mansion where Sir Walter Scott and Wordsworth attended parties and regattas—and have tea delivered to your boat. 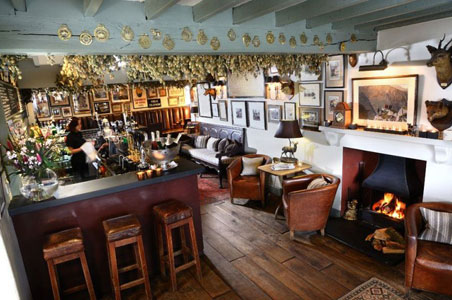 If You’re Thirsty: A remorseful innkeeper is said to have knitted waistcoats for several ducks she took for dead and plucked when they were merely sleeping off the beer from a barrel that had slipped its hoops at the Drunken Duck. Book ahead if you want an excellent dinner with your pint. 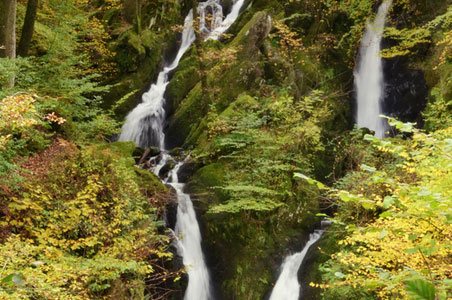 England’s Most-Loved Waterfall. Start your day with delicious vegetarian fare at the Rattle Gill CafÃ©, opposite the old waterwheel in Ambleside—and don’t miss the homemade coffee & walnut cake. From there, a short walk heads through a Victorian water garden to Stock Ghyll Force, one of England’s most loved waterfalls. John Keats, in a letter to his brother after first seeing these falls wrote, “I shall learn poetry here and shall henceforth write more than ever.”

For Extra Enjoyment: Tuck a journal and a pen into your pocket, and sit on the rock outcropping on the far side of the falls. You never know what havoc all this literary inspiration might wreak.

Meg Waite Clayton is the author of The Language of Light, a finalist for the Bellwether Prize. Her stories and essays have appeared in Runnerâ€™s World, Writerâ€™s Digest, and literary magazines. She is a graduate of the University of Michigan Law School and was a Tennessee Williams Scholar at the Sewanee Writersâ€™ Conference. She lives in Palo Alto, California, with her husband and their two sons. Her book, The Wednesday Daughters was published last month.