News Apeksha Bhateja What Are the Chances You'll Get Monkeypox at a Hotel?
News5 Hotel Tours for Architecture Buffs

For architecture enthusiasts, there’s nothing more gratifying than a tour of a revered building, guided by an informed insider. Some hotels offer architectural tours—typically led by a hotel’s concierge, an in-house historian, or an outside expert—that offer behind-the-scenes glimpses into a hotel’s heyday, from Mid-Century Modern at Scottsdale’s Hotel Valley Ho to Art Deco at Chicago’s Palmer House Hilton. We’ve rounded up five architecture-themed hotel tours here that rank tops, and best of all, you don’t have to spring for a room to sign up for one—non-hotel guests can simply call ahead to reserve a spot. 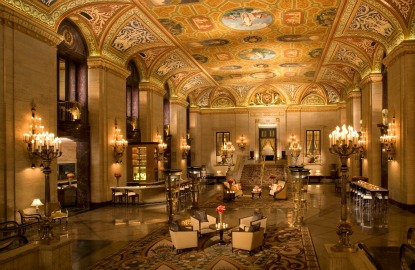 In 2008, the Art Deco Palmer House Hilton, built in Chicago’s Loop in 1871, underwent a massive $170 million renovation, restoring it to its former glory. The "History is Hott" tour, led by Ken Price—a 28-year veteran of the property—starts at 12:30pm daily and kicks off with prix-fixe lunch at the hotel’s Lockwood Restaurant. You’re welcome to take your wine glass with you during the tour, which spans the hotel’s grand ballrooms, guestrooms, and lobby, examining several vintage artifacts en route.

Insider Tip: Go back in time while you shop at Merz Apothecary, a vintage-themed cosmetic and body products shop set at the hotel’s street entrance. Although the brand has operated in Chicago since 1875, this second location only opened within the last two years. 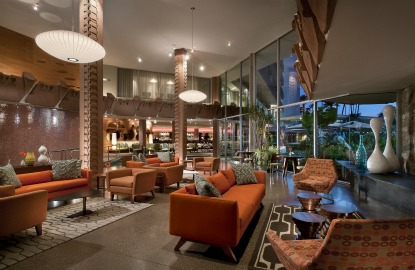 Seven years ago, Hotel Valley Ho reopened following an extensive $80 million restoration, essentially reverting the property back to its 1950s and 1960s heyday, when Hollywood stars like Zsa Zsa Gabor, Bing Crosby, and Tony Curtis lounged around the hotel. The result is lots of turquoise and tangerine hues that stay true to the property’s Mid-Century Modern past, with modern additions like the full-service VH Spa, the comfort food-focused Café ZuZu, and OH Pool, which hosts one of Scottsdale‘s coolest pool parties. Get the insider’s scoop on 90-minute walking tours led by an expert from Ultimate Art & Cultural Tours.

Insider Tip: Discounts at VH Spa and Café Zuzu are included in the tour price, so consider tacking on an indulgent massage or a relaxed lunch. 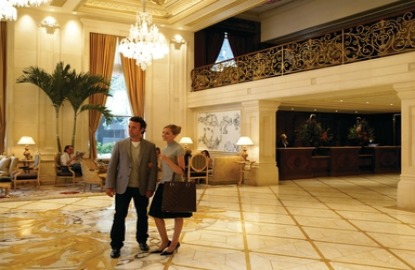 For a free tour of one of New York City’s most revered hotels, situated across the street from Central Park where Fifth Avenue meets Central Park South, an architectural tour led by Francis Morrone (an architectural historian, author, and teacher) gets you an intimate tour of the iconic property’s Baroque architecture; complimentary tours lasting 45 minutes are held Tuesdays and Saturdays at 3pm. You might recognize the hotel from its Hollywood debut in the 1959 Alfred Hitchcock film North by Northwest. Built in 1907, The Plaza is New York City’s only hotel to be designated as a National Historic Landmark.

Insider Tip: While the tour takes you through public spaces like the Oak Room, the Palm Court, and the Grand Ballroom, other doors that are normally closed are snapped open especially for tour participants. 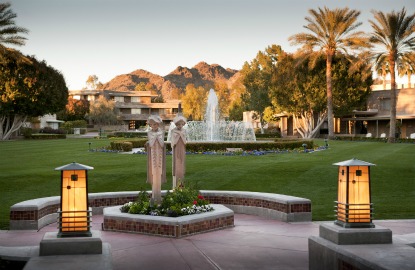 Inspired by the late, great Frank Lloyd Wright, the Arizona Biltmore’s architect Albert Chase McArthur adopted a Prairie style for this storied resort, which is spread out across 39 acres in Phoenix. Opened in 1929, it was once owned by chewing gum magnate William Wrigley, Jr., and is second only to the Taj Mahal for its amount of gold-leaf content. Don’t miss the mural by Maynard Dixon, estimated to be worth about $1.5 million. No-cost tours take place Tuesdays, Thursdays, and Saturdays at 10am.

Insider Tip: After the tour, grab lunch at the on-site restaurant, Frank & Albert’s, which is named for Albert Chase McArthur and Frank Lloyd Wright. Or, check out the new small-plates menu added last year at Wright’s at the Biltmore, also on the grounds. 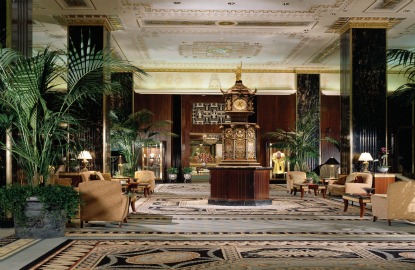 The Waldorf Astoria‘s "History and Art" tour is held every Thursday and Saturday at 10:15am. First opened in 1893 by William Waldorf Astor, the property relocated fifteen blocks north of its original site in 1931 to its current incarnation on Park and Lexington Avenues (between 49th and 50th Streets). The hotel’s interiors, which span an entire city block, are a fine example of Art Deco style. An official New York City landmark since 1993, it is also a member of the National Trust Historic Hotels of America. After the tour, participants are treated to a sampling of the hotel’s best dishes in Oscar’s Restaurant or Peacock Gallery, making the fee well worth it.