News Apeksha Bhateja What Are the Chances You'll Get Monkeypox at a Hotel?
News5 Hot Restaurant Openings in Vegas

The dining scene in Las Vegas has been heating up with new openings and anticipated newcomers that will be making their debut this fall. 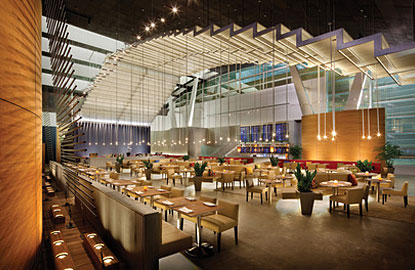 First up, Tetsu, Michelin-starred chef Masa Takayama’s first teppan concept. The restaurant inside of BarMasa (pictured above) at Aria opened Aug. 1 with seating for 40. Every night, the menu changes depending on what fresh seafood and meats the chef can get.

Diners sit around six grills and watch as teppan chefs prepare their meals. A produce table serves as the room’s centerpiece, displaying the meats, seafood, and vegetables of the night. Guests can pick out their proteins and even request an exact cut, portion size, and preparation style they want. Some of the new dishes include the toro tartare with caviar, sizzling jalapeño octopus, oyster with tomatillo ceviche, center-cut lamb chop, herbed chicken thigh, and foie gras.

Making its Vegas debut at the Hard Rock Hotel Aug. 21 is Culinary Dropout. Five-time James Beard Foundation semi-finalist for Outstanding Restaurateur Sam Fox is behind concept, a 6,000-square-foot restaurant with an additional 3,000-square-foot patio that can seat 320. The Scottsdale, Ariz., concept is known as a day-drinking and late-night destination.

Most of the menu is dedicated to beer, wine, and cocktails. Food at the restaurant covers pub-style appetizers, salads, sandwiches, and an antipasti menu with hard-to-find meats, cheeses, and vegetables. Happy hour features bar snacks like hot and salty house-made pretzels with provolone fondue. Chilled oysters, a shaved prime rib dip with onion soup, and a crunchy fried chicken dinner served with buttermilk biscuits and a drizzle of local honey make the menu.

Despite repeated delays, Bagatelle Beach & Nightclub from The ONE Group, operators of the wildly successful STK at Cosmopolitan of Las Vegas, is expected to open this fall as well at the Tropicana Las Vegas. Inside, find a supper club, lunch poolside and the Bagatelle Champagne Brunch on weekends. Three nights a week the interior will be a nightclub. The space includes two private dining areas overlooking the supper club and a 240-seat outdoor terrace restaurant overlooking the two pools. 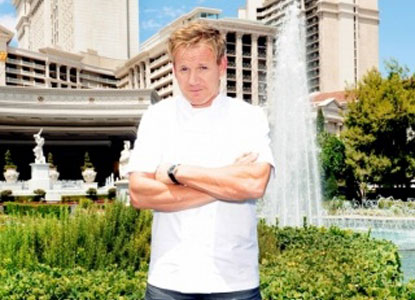 The menu mimics British pub food with bangers and mash, fish and chips, and roastchicken. Ramsay plans to showcase some of his favorites, like a London broil prepared on a wood-burning grill. The new restaurant will feature craft and microbrews from around the world with more than 40 on tap.

Traditional London red telephone booths will decorate the space, and it will even have an indoor patio. Kegs will serve as a major part of both the dining experience and the design while pop culture relics from both England and the United States will fill the walls. The 290-seat restaurant will include a bar, a vintage-style lounge, a series of casual dining rooms, and a private dining room, giving guests a variety of culinary experiences to fit any mood.

Also getting the shutter, Michael Mina’s Seablue at the MGM Grand. Fear not, while Seablue may be closed, Mina will be behind the restaurant replacing it.

Betrothed and Vegas-bound? You’re in luck, Denny’s is opening a chapel in their new flagship Vegas location!

Want even more Vegas? Check out our picks for the best shows on the Strip right now.